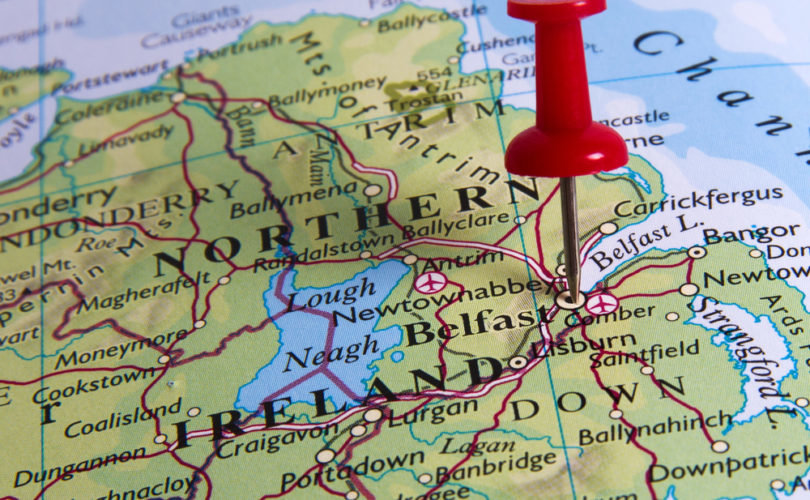 The U.K. had demanded on Thursday that the region make abortion fully available by March, amid resistance by the conservative government of Northern Ireland to a British abortion law passed in 2019.

The Northern Irish bishops, led by Archbishop Eamon Martin, Primate of All-Ireland, called the U.K.’s action last week “gravely disquieting,” saying that it threatens the agreement that governs the status of Northern Ireland. “It is the latest in a line of decisions by the current Westminster Government which we believe threaten the fragile balance of relationships at the heart of the Belfast (Good Friday) Agreement,” the prelates wrote.

“Westminster has imposed an unjust law,” they added. “Christians, and all people of good will, can never stand silently by and fail to raise their voices at any attempt to ignore completely the fact that unborn children are human beings worthy of protection.”

“With many others, from a wide range of moral, philosophical and religious backgrounds, we have consistently held that the right to life of every person, irrespective of stage of development or ability, is the prior and essential right of all other human rights,” the bishops continued, highlighting “the thousands of unborn children, who have no legal protection and whose humanity is excluded from the political equation.”

The Northern Irish bishops’ statement concluded by calling on “everyone who believes in the equal right to life” to press local political candidates “on these interventions and on this most fundamental of all issues.”

“As our society prepares in coming months to engage in the ultimate expression of democratic participation – the election to our local Assembly – we encourage all Catholics, and those [who] share our view on the inviolability of all human life, to reflect carefully on the issues raised by this succession of unilateral impositions by the Westminster Government,” the statement read.

Thousands of unborn lives at risk

The British parliament had passed legislation in 2019 to impose abortion on the historically pro-life country — one of the last in Europe with an active abortion ban — though the government of Northern Ireland has so far refused to fully comply.

More than a year after the new law took effect last March, the region’s health department has still not centrally authorized abortion, and while some medical practices have begun offering chemical abortion through 10 weeks of pregnancy, others continued to refuse to do so.

Britain’s 2019 law legalizes abortion on-demand in Northern Ireland up to 12 weeks of pregnancy and allows abortion throughout the second trimester for alleged mental or physical risk to the mother. There is no gestational age limit for babies with “abnormalities.”

“If abortion services are fully commissioned, disability-selective abortion will be available up to the point of birth for all disabilities, including cleft lip, cleft palate, club foot and Down’s syndrome,” Right to Life UK said. “It would also see de facto abortion on demand available through to 24 weeks and allow sex-selective abortion through 12 weeks.”

At least 1,556 abortions have been committed in Northern Ireland since March 2020, but Right to Life UK has noted that health officials have estimated the death toll could top 6,500 after full authorization.

Northern Irish health minister Robin Swann has said that he cannot legally approve the British parliament’s abortion rules without the endorsement of the five-party coalition Executive in the Northern Irish Assembly. The largely Protestant, conservative Democratic Unionist Party (DUP), which leads the coalition, has pledged to resist the 2019 law and “to find a locally agreed way forward,” however.

“This ongoing stalemate leaves me no choice but to issue a direction,” Northern Ireland Secretary Brandon Lewis said Thursday. He described the imposition of a coercive abortion regime as “the clear will of Parliament” and claimed to have “a legal and moral obligation” to expand access to abortion, drawing a sharp rebuke from the Presbyterian Church in Ireland.

Lewis additionally demanded “immediate” funding for chemical abortions. British lawmakers had voted earlier this year to grant Lewis authority to force the implementation of the U.K.’s abortion agenda, though pro-life advocates have questioned the legality of the move.

DUP leaders have slammed Lewis’s directive, with Carla Lockhart MP denouncing “abortion being forced on the people of Northern Ireland from Westminster.” “Abortion harms the voiceless. The most vulnerable in our society,” she wrote in a post retweeted by the DUP.

Agriculture minister and former party leader Edwin Poots stressed that Swann and fellow ministers should refuse to act on orders from the British parliament. In an interview with the Belfast News Letter on Friday, Poots said that the government should ignore Secretary Lewis, and that his action “should be tested legally.”

“I don’t believe there is the support in Northern Ireland for this. Previously when it was tested it didn’t have the significant support to proceed,” he said.

The DUP, as well as Swann, an Ulster Unionist, backed a motion opposing the U.K.’s “extreme abortion regulations” that passed the Northern Ireland Assembly 46-40 last year. “The DUP has been, and will continue to be, wholly opposed to the abortion proposals brought forward by Brandon Lewis, and we’ll seek to resist them whatever way possible,” Poot said Friday.

The News Letter further mentioned that the recent British measure empowering Lewis to push Belfast to commission abortion does not specify penalties, and that U.K. authorities were not able to list any when questioned by the outlet.

Along with Poots, the Society for the Protection of Unborn Children (SPUC) has lobbied Robin Swann not to submit to Lewis’ directives, as the group is seeking juridical review of the abortion rules for Northern Ireland, Catholic News Agency reported.

“If this power grab by the Westminster Government is allowed to stand it will condemn to death an untold number of unborn babies and also fatally undermine the devolution settlement,” said Liam Gibson, SPUC’s political officer for Northern Ireland.