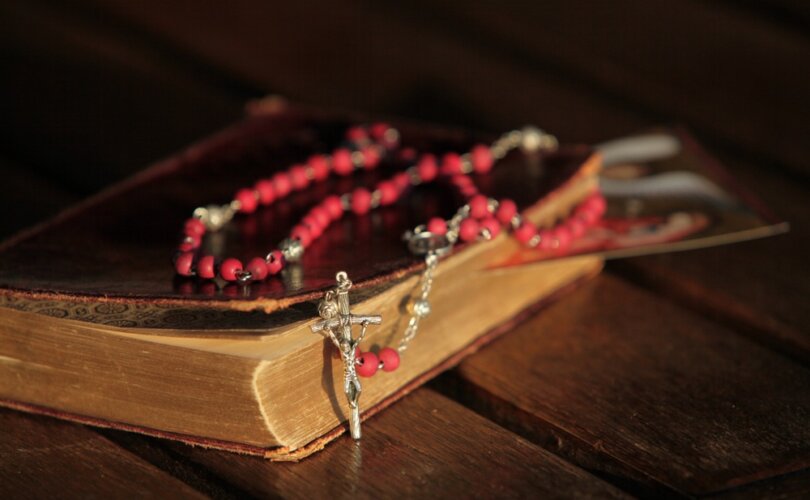 (LifeSiteNews) — The U.S. Conference of Catholic Bishops (USCCB), Catholic Legal Immigration Network Inc. (CLINIC), and a group of diocesan Catholic charities throughout the U.S. appear to have cut ties with a nonprofit coalition aimed at serving immigrant families after a report that the group backed abortion and opposed the overturning of Roe v. Wade.

On Monday, the Lepanto Institute’s Michael Hichborn reported that the USCCB, CLINIC, and five diocesan Catholic charities were listed as active partners of a coalition called Protecting Immigrant Families (PIF), which boasts over 500 nonprofit partners.

PIF was founded in 2017 in opposition to the Trump-era “public charge policy,” which authorized the denial of permanent resident status for immigrants who did or were anticipated to receive taxpayer-funded government assistance programs like food stamps or Medicaid, according to Politico.

According to its website, PIF “brings together leading advocates for immigrants, children, education, health, anti-hunger, anti-poverty groups, and faith leaders lay the foundation for a future where everyone has access to the respect and care that they need, regardless of who they are or where they were born.”

However, the Lepanto Institute found that the group doesn’t only work to ensure that needy families receive appropriate care but has also formally defended the destruction of innocent life through abortion.

After the U.S. Supreme Court’s historic rollback of Roe v. Wade in June, which ended the federal protections for abortion, PIF published a statement decrying the ruling and calling on political leaders to “protect the right to abortion.”

“We stand firmly with our partners, abortion funds and providers, and organizations fighting for reproductive health access and justice,” the group said in the June 27 email signed by PIF director Adriana Cadena and deputy director Cheasty Anderson.

“We believe that everyone should have the right to methods of abortion that they determine to be best for themselves,” the statement continued. “We believe that protecting immigrants’ access to public benefit programs, healthcare, and economic justice is as essential as ensuring that the right to choose continues to be central in the access to reproductive rights.”

Per Hichborn’s reporting, in May PIF’s blog linked to an article from Ms. Magazine arguing that the Supreme Court would create problems for immigrant families by overturning Roe v. Wade. In June, the group sent an email asking partner organizations to sign onto their statement blasting the Supreme Court for rolling back Roe. Days later, Student Clinic for Immigrant Justice shared a screenshot of PIF’s statement on the overturning of Roe on social media.

Then in July, an article from Philanthropy.com cited PIF’s statement decrying the overturning of Roe, though the link to PIF’s website appears now to be broken. In September, the National Immigration Law Center (NILC), which is on PIF’s executive committee, thanked PIF for its help in crafting a document directing immigrants to abortion access in a post-Roe America. Just last month, the immigration group sent out another email that highlighted member organizations’ pro-abortion activism, including calls for elected officials to expand abortion access in the U.S.

In light of PIF’s promotion of abortion, Hichborn called on all Catholic charities affiliated with PIF “to publicly and completely sever their relationship with this coalition.”

Last week, LifeSiteNews reached out to all the Catholic charities that had been listed as active partners in the coalition.

On Thursday, he confirmed via email that he had formally cut ties with the group.

In an email just before submitting his formal request that his organization be withdrawn from PIF, Ferrone told LifeSite the group’s “position on abortion is contradictory to ours so we will be dropping our affiliation with them immediately.”

Thanking LifeSite for bringing his attention to the matter as reported by the Lepanto Institute, he said Wednesday that he had already shared the information with some of his colleagues at Catholic Charities USA.

By Monday, LifeSite learned that the USCCB, CLINIC, and all five of the diocesan Catholic charities listed as active partners with PIF no longer appear on the group’s website.

In a Friday email statement to LifeSite, a spokesman for CLINIC confirmed that the group was also severing its relationship with PIF citing the coalition’s recent emails.

— Article continues below Petition —
Stand with faithful Archbishop Timothy Broglio as the NEW President of the United States Conference of Catholic Bishops!
Show Petition Text
10001 have signed the petition.
Let's get to 12500!
Thank you for signing this petition!
Add your signature:
Show Petition Text

“While we have greatly valued our past work with PIF on Public Charge, recent PIF emails are at odds with CLINIC’s Catholic identity, and it is therefore that we have asked to be removed as a national partner,” the statement read.

Likewise, LifeSiteNews has invited all Catholic charities to join Catholic Charities of Southern New Mexico and CLINIC in publicly announcing their separation from PIF. This report will be updated once additional statements are issued. LifeSite has attempted multiple times to contact PIF but has not yet heard back.

The charities that had previously been listed on PIF’s active partner list are:

Feel free to reach out to the groups listed to thank them for cutting ties with PIF, and to charitably urge those that haven’t yet done so to publicly announce the reasons for their separation from PIF.

CHECK BACK FOR UPDATES.