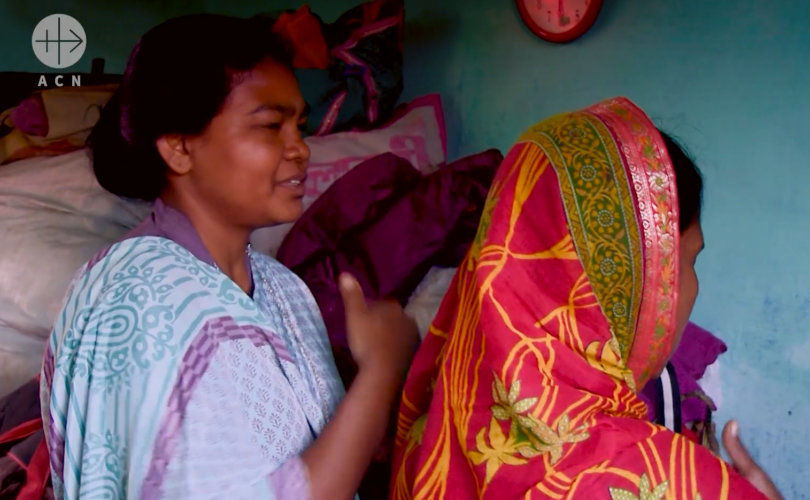 (LifeSiteNews) — A prominent international charity helping persecuted Christians has hit back at Facebook after the social media giant censored the charity’s online campaign which highlighted sexual violence against Christian and “religious-minority” girls and called for international action.

Aid to the Church in Need UK (ACN) reported it had faced persistent censorship from Facebook in light of the charity’s online ad campaign, “calling for action helping Christian and other religious minority women who are kidnapped and forced to have sex with their abductors — often under the veil of marriage.”

The petition called on both the U.K. government, as well as the United Nations, to take action to prevent sexual violence and forced conversion of girls and women from “minority faiths in countries such as Egypt, Nigeria and Pakistan.”

ACN’s media campaign was part of the build-up to the release of its Hear Her Cries report, which examined “how in a number of countries Christian girls and women are targeted for abduction and sexual violence by both armed extremists and militant members of majority religious communities.”

According to ACN, Facebook’s censorship, which included its other platforms WhatsApp and Instagram, reduced the visibility of the campaign by 90 percent, after the curbs were imposed on November 11. Despite repeated pleas from the charity, Facebook has not reversed its measures to date.

Moreover, according to ACN, the social media giant has “repeatedly refused to answer ACN’s requests to explain how the adverts have violated its guidelines.”

Commenting on the censorship, ACN UK’s national director Neville Kyrke-Smith said that Facebook claimed it had received complaints about the ad. “We can understand that the topic is objectionable,” said Kyrke-Smith, “but surely that is all the more reason why we need to come together to make a stand against it.”

“By curbing this campaign, they are silencing these women twice over,” Kyrke-Smith added. “They are silenced when they are seized from their homes and forced to live with their abductors, and have now been silenced again by Facebook.”

Facebook alleges that the charity is in fact behind with its necessary payments, a statement which ACN strongly rejects, saying that the charity has already paid its required bills to the social media company.

“We are horrified that our campaign which aims to help suffering women has been censored in such a draconian manner,” said Kyrke-Smith. “By claiming to have banned our advert for violating its guidelines, but refusing to say which guidelines or how, Facebook have made themselves judge, jury and executioner.”

ACN’s own data lists the level of Christian persecution in Pakistan, one of the three countries targeted in the campaign, as “extreme.” Describing the situation for Catholics and Christians in the country, the group wrote of “increasing trends towards forced conversion of Christian women — including rape of underage girls — who are compelled to marry Muslim men.”

In Pakistan alone, around 1,000 Christian young women and girls are abducted and abused every year. Father Yousaf, director of the national Catholic Commission for Justice and Peace in Pakistan, has revealed that there are many more cases that went unnoticed because families and the girls involved were too afraid to reveal the details.

Meanwhile, ACN described the plight of Christians in Nigeria as “a Church under siege.” The charity runs a trauma center for survivors of Muslim terrorist group Boko Haram, and the local diocese is caring for over 8,000 widows and 17,000 children.