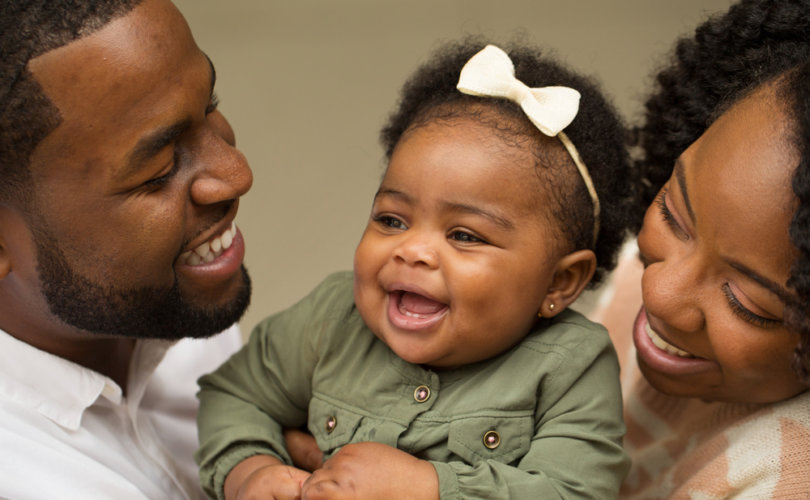 NEW YORK, August 11, 2020 (LifeSiteNews) — Bill Donohue, president of the Catholic League, has identified the Black Lives Matter movement as a threat “to the health and safety of black Americans today.”

“One of the greatest threats to the health and safety of black Americans today is not the police. It is Black Lives Matter. The facts are incontrovertible,” Donohue said in a statement released Monday.

He referred to a recent Gallup poll, according to which 81 percent of black Americans want the same or more police presence in their area, not less.

He pointed out that one of BLM Global Network Foundation’s three co-founders in a recent interview has called for getting rid of not only police, but also the prison system — a goal echoed by the organization’s Chicago chapter.

“We say #DefundThePolice and #DefundDepOfCorrections because they work in tandem,” Black Lives Matter Chicago wrote on Twitter. “The rise of mass incarceration occurred alongside the rise of militarized and mass policing. They must be abolished as a system. #DefundTheCarceralSystem.”

We say #DefundThePolice and #DefundDepOfCorrections because they work in tandem. The rise of mass incarceration occurred alongside the rise of militarized and mass policing. They must be abolished as a system. #DefundTheCarceralSystem pic.twitter.com/fGlUqqItGB

Donohue emphasized he wasn’t simply blaming misguided black people for advancing these objectives. “One reason why we have gotten to this absurd stage is because of the white ‘allies’ of Black Lives Matter,” he explained.

“To be specific, legions of young affluent white men and women have been intellectually seduced by their ideologically corrupt professors,” Donohue continued. “They sincerely believe that the cops are the enemy and the prisons are evil. They need a reality check.”

Donohue spelled out the disastrous consequences for regular Americans, if police and the prison system were abolished.

“Black Lives Matter officials will be unaffected, as will their white allies; they live in comfortable neighborhoods,” the Catholic League’s president admitted. However, “[i]t will be innocent black men, women and children who will pay the price for their insanity. It doesn’t get any more perverse than this. Indeed, the Klan could not improve on their agenda.”

While Donohue did not comment on BLM Global Network Foundation’s anti-family agenda, most Catholic critics have focused on two points in the organization’s mission statement.

Outspoken Bishop Joseph Strickland of Tyler, Texas on Twitter linked to the movement’s website and commented, “Please educate yourself on this!”

He pointed out that Black Lives Matter’s statement of belief mentions two points “that are contrary to FAITH…#1 opposing the nuclear family (where is dad?) and #2 opposing God’s plan for sex as a union of male & female.”

“This agenda is DANGEROUS!” Strickland concluded.

Please educate yourself on this! Toward the end of this statement 2 points are made that are contrary to FAITH…#1 opposing the nuclear family (where is dad?) and #2 opposing God’s plan for sex as a union of male & female. This agenda is DANGEROUS! https://t.co/pkR4p034vg

Black Lives Matter, according to its own website, wants to “disrupt the Western-prescribed nuclear family structure requirement by supporting each other as extended families and ‘villages’ that collectively care for one another, especially our children, to the degree that mothers, parents, and children are comfortable.”

The term “villages” likely refers to Hillary Clinton’s book It Takes a Village, the title of which was based on the African proverb “It takes a village to raise a child.” Clinton argued for society’s shared responsibility for successful childrearing. Catholic senator Rick Santorum eventually wrote a rebuttal titled It Takes a Family.

In addition to wanting to “disrupt” the traditional family, Black Lives Matter fosters “a queer‐affirming network. When we gather, we do so with the intention of freeing ourselves from the tight grip of heteronormative thinking, or rather, the belief that all in the world are heterosexual (unless s/he or they disclose otherwise).”

The website’s section on “What We Believe” mentions transgenderism in several other places. “We make space for transgender brothers and sisters to participate and lead,” the movement stresses. “We are self-reflexive and do the work required to dismantle cisgender privilege and uplift Black trans folk, especially Black trans women who continue to be disproportionately impacted by trans-antagonistic violence.”

The term “cisgender” is intended to denote a person who considers himself a member of his own true biological sex.

The Black Lives Matter movement claims that liberation movements for black people “in this country have created room, space, and leadership mostly for Black heterosexual, cisgender men — leaving women, queer and transgender people, and others either out of the movement or in the background to move the work forward with little or no recognition.”

Alicia Garza, one of the founders, openly admits to being a homosexual. She claims that her “leadership and work challenge the misconception that only cisgender Black men encounter police and state violence.” Accordingly, in order to “truly understand how devastating and widespread this type of violence is in Black America, we must view this epidemic through a lens of race, gender, sexual orientation, and gender identity.”

For a while, the umbrella group that provides tax-exempt financial status to the Black Lives Matter organization, one of the group’s “projects,” had a convicted terrorist on its board. BLM Global Network Foundation has since changed its provider for fiscal sponsorship. It is now part of Tides Center, which in turn is part of Tides Nexus, “a collection of related left-of-center grantmaking, fiscal sponsorship, and advocacy nonprofits headquartered in San Francisco, California,” according to Influence Watch.