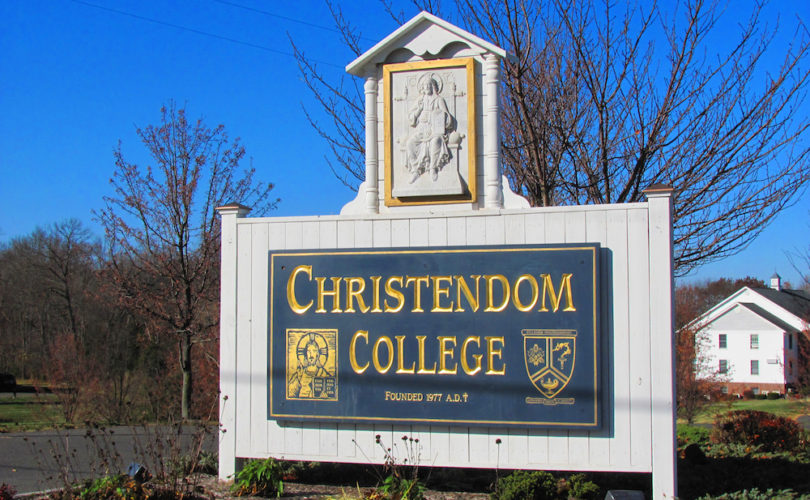 “This proposed amendment to the CRFV Constitution institutionalizes the values that the Republican Party stands for: being inclusive of all individuals who believe in the conservative principles of the Republican Party,” said a CRFV press release dated December 14, 2015. “The vote to announce this potential amendment was unanimously supported by all voting members of the CRFV Executive Board and any College Republican chapter chairs who attended the RPV Advance.”

In full, the amendment read: “The College Republican Federation of Virginia does not discriminate against its membership based on citizenship, color, disability, gender, race, religion, national origin or sexual orientation.”

“Why … must we, as members of the Republican Party[,] constantly be faced with capitulation to the opposing members of political factions?” asked a CPAL press release issued on February 1. “When will we, as the conservative future of America, choose to throw off the conventional wisdom of those who claim to represent a majority of the people, who are utterly disconnected from the actual issues facing this nation, our nation, and not play petty politics in an attempt to gain the supporters of the other party?”

CPAL cited “the persisting uncertainty surrounding the effects that this amendment will have upon the future of the CRFV and its chapters” as a primary reason for its disassociation.

“Since we're a Catholic school and our own chapter's non-discrimination policy has functioned fine for us, we didn't want to take part in this,” a CPAL spokesperson told LifeSiteNews. “We had time to make arguments [before the CRFV vote], and out of 122 delegates in attendance, we had two speak against the amendment.”

The spokesperson explained that while the then-president of CRFV had said any conflicts with the state chapter's constitution and a college's constitution would give the college's preferences priority, “the Executive Board” of the CRFV “didn't give us a direct answer.”

“We were concerned that someone could go to the CRFV constitution and say that since we're a CR chapter of the CRFV, we would have to include [students with same-sex attractions], even if they were engaging in activities against Catholic teachings,” explained the spokesperson, who said the CRFV Executive Board declined to distinguish between attractions and actions of people with same-sex sexual attractions.

Those concerned include CRNC chairwoman Alex Smith, who told The Hill that “Dignity, respect and fairness are a huge part of what this generation wants to see in this debate” and said, “If [Republicans] don't strike the right tone on gay rights – we could start to see the door close on us even if we have the right ideas on the economy that millennials want.”

The CRNC declined to comment on Christendom's departure from the CRNC and CRFV, and likewise did not answer questions about what “the right tone” is with the marriage fight and whether the CRNC supports redefining marriage.

CRFV chairman Ben Dessart did not respond to multiple requests for comment.