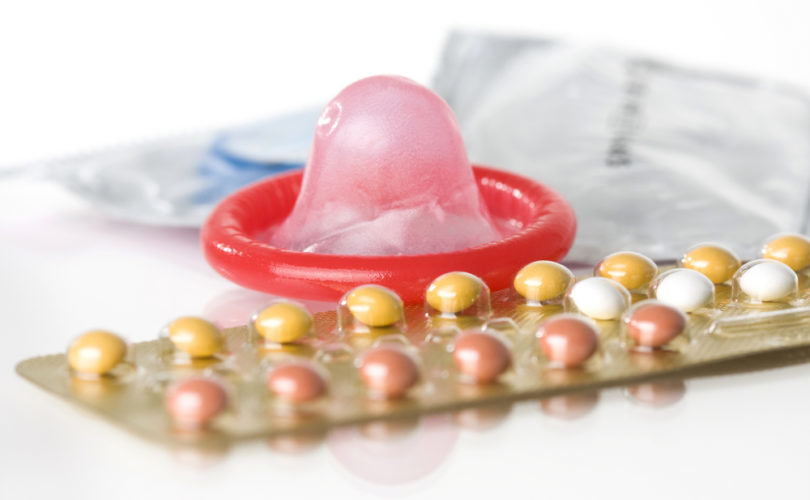 November 20, 2015 (CardinalNewmanSociety) — Educators at faithful Catholic colleges recently told The Cardinal Newman Society that students can greatly benefit from more thorough catechesis of Church teaching on contraception and human sexuality, which appears to be lacking at some Catholic colleges based on the statements and actions of students on campus.

“Some students come to college with a strong Catholic formation, others are non-Catholic and still others have never given Church teaching on these issues a second thought,” Dr. Richard White, associate professor and chair of the theology department at Newman Guide-recommended Benedictine College in Atchison, Kan. “No matter where they’re coming from, students greatly benefit if the college has courses in the curriculum dedicated to addressing Church teaching on contraception and human sexuality.”

Student resistance of policies prohibiting contraception distribution and provision has cropped up at Catholic colleges across the country. At Fordham University, an unofficial student group made waves last semester by defying the University’s prohibition against contraception distribution. The students distributed condoms at campus events and staged a series of protests calling for Fordham to change its policies.

The Fordham administration responded by citing the University’s contraception policy as “committed to the teachings of the Church,” though they reportedly opened a “dialogue” with students and indicated “room for compromise.”

And a recent Villanova University student opinion article for The Villanovan emphasizes a general lack of understanding on Church teaching that may be present at many Catholic colleges.

The student called for Villanova to “modernize its position on contraceptives — not just to make a political statement, but for the well-being of its students.”

“A significant number of Villanova’s students are not even Catholic and should not be subject to the Church’s mandate regarding contraceptives,” the commentary continued. “Though they elected to attend a Catholic university, Villanova’s compliance with this mandate has crossed the line by forcing Catholic values on non-Catholic students if these students purchased health care through Villanova.”

The student piece brought up Georgetown University as an example of a Catholic college providing contraception. “With no shortage of irony, the nation’s oldest Catholic university was the first to come around and put its students’ health before some vague and antiquated policy,” wrote the student.

“Catholic universities like Villanova should not wait around for the Church to change,” the student concluded. “Villanova should be following in the footsteps of Georgetown and seeking ways to get contraceptives into the hands of its students.”

Georgetown University began covering contraception for students in 2013. Following the change, contraceptives would still be unavailable at the on-campus clinic, but students could acquire them through the University’s insurance policy. The Villanovan commentary called this arrangement “a clever way to sidestep CHCS’s [Catholic Health Care Service] policy” and “incredibly fair, given the fact that the insurance company collaborating with Georgetown lacks any religious affiliation.”

But later that year, the unofficial student group H*yas for Choice announced a condom delivery service, wherein students could obtain condoms provided by Planned Parenthood, or have them delivered to any party or event on campus within 48 hours. The administration reportedly did not discipline the students responsible for the distribution under the grounds of free speech.

H*yas for Choice recently lamented their lack of ability to provide birth control for students in the student newspaper The Hoya, citing Georgetown’s Catholic identity as a problem on campus, claiming “it is unhealthy for Georgetown to not be realistic about the sexual health needs of its students.”

The same article quotes another student saying the “moral teachings and understandings around sex” of the Catholic faith “might not always prioritize the well-being of students.”

The students were interviewed about Georgetown falling in the ranks of a sexual health survey conducted by Trojan Condoms, which included eight other Catholic colleges and graded colleges based on availability of free condoms and contraception, among other factors.

Situations such as these make it clear that “it’s not just a matter of having a checklist of certain doctrines that Catholic colleges say the Church holds,” said Dr. White. “The teachings have to reach the hearts of students.”

At Benedictine College, this is achieved in the theology department, where theology classes are part of the core curriculum and each professor covers “the sacrament of marriage, the virtue of chastity, and the nature and meaning of human sexuality.”

White has taught a course on Christian Marriage at Benedictine College for the past 20 years. In his experience, he noted that even students who are new to Church teaching on contraception and sexuality “are struck by the connection of life and love in the conjugal act, as detailed in Paul VI’s Humanae Vitae.

“It’s not just a teaching that we give lip service to,” White explained. “Especially in the context of promoting a pro-life culture, it is crucial that students are taught and understand the essential link between love and life.”

“What many students have realized is that in order for the conjugal act to be loving, it must also be open to life,” said White. “If not, there’s a calculation that enters into it. One or both parties indicate, ‘I love you, but not the procreative part of you.’”

“Central to the immorality of contraception is the objectification of men and women, specifically the separation of their respective generative powers from the exchange of self,” said Dr. Fugikawa. “This objectification and distinction of human fertility from sexual intercourse occurs also in the production and consumption of pornography,” which is widespread on many college campuses.

Fugikawa advised Catholic colleges to integrate campus efforts that would actively renew student culture. “A campaign against pornography and promoting chastity and self-mastery will renew the culture on Catholic college campuses as a whole,” he said. “On such a campus, the false promises of so-called ‘birth control’ would be revealed as the exploitation that it fundamentally is.”

Moreover, “by successfully addressing the moral failings of human sexual objectification in light of both faith and reason, it may very well be possible to at least alleviate the cultural pressures on students to engage in contraceptive sex,” he explained.

“Changing the culture on campus is neither a grass-roots nor a top-down enterprise,” said Fugikawa. “It is a renewal that occurs at every level.”