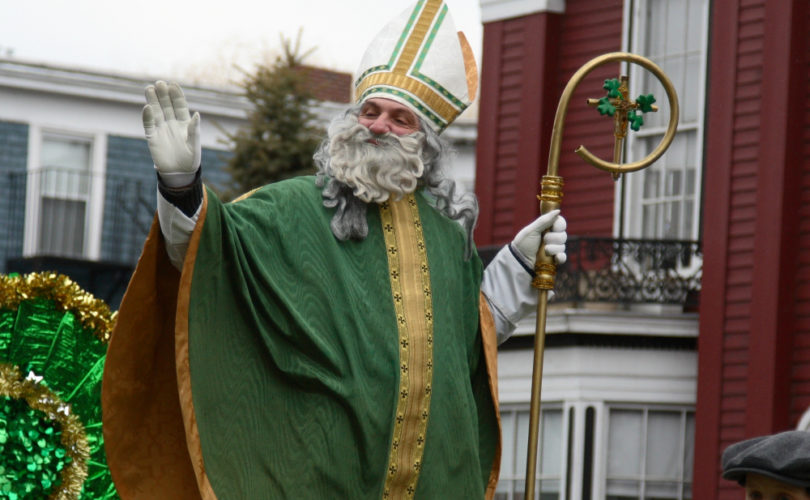 BRIDGEPORT, Connecticut, December 11, 2015 (LifeSiteNews) – Another U.S. city has officially introduced open homosexuality into its St. Patrick’s Day parade. And again, the Catholic diocese is continuing to stand by the parade.

The committee for the Stamford, Connecticut, parade announced its choice of state Supreme Court Justice Andrew McDonald as its 2016 grand marshal November 22.

McDonald is openly gay, his biography on the State of Connecticut Judicial Branch Website closing with the statement, “Justice McDonald and his husband, Charles, live in Stamford.”

The local Catholic diocese has indicated it has no issue with the move to have the openly homosexual judge lead the parade, according to the local news outlet the Stamford Advocate.

McDonald was at odds with the Catholic Church in Connecticut in 2009 when as a state senator he proposed controversial legislation along with another lawmaker to regulate the Church’s finances.

SB 1098 was specific to the Catholic Church, and would have removed parish priests and the bishop from their oversight positions, giving power to a lay board. The bill was ultimately tabled, but not before significant backlash for its apparent violation of the Fourteenth Amendment ban on discriminatory legislation.

“We are deeply concerned about statements made by elected officials suggesting that Connecticut's existing religious corporation statutes, including those applicable to the Roman Catholic Church, are unconstitutional and should be amended,” the Diocese of Bridgeport, under Bishop William Lori, said in a report from Catholic News Agency at the time. “These statements are misinformed.”

The spokesman for the Diocese of Bridgeport said current Bishop Frank Caggiano was not asked about the St. Patrick’s Day parade committee’s choice of McDonald as grand marshal, saying as well it would not dispute the decision and calling the St. Patrick’s celebration a day of inclusiveness.

“The diocese respects the decision of the committee,“ Brian Wallace said. “It’s a day of inclusiveness. It’s a day people drop their differences. We hope people have a good day and enjoy the parade.”

The diocese did not respond to LifeSiteNews' request for comment by press time.

Stamford St. Patrick’s Day Parade Committee Chair Michael Feighan told the Stamford Advocate that McDonald, who aside from being a judge, has served on municipal boards and already been involved with the parade, met all the criteria for grand marshal role.

He is thought to be the first openly gay grand marshal in the U.S. selected to lead a St. Patrick’s Day parade, the report said.

St. Patrick’s Day is the feast day honoring Ireland’s leading patron saint, and the annual Catholic observance holds substantial cultural significance for the Irish community, with parades and countless other festivities across the U.S. each year.

New York Cardinal Timothy Dolan upset Catholics earlier this year when he served as grand marshal for the 2015 New York City Saint Patrick’s Day Parade, after the parade committee allowed an openly homosexual activist group march in the parade with its identifying banner, breaking the event’s previous two-hundred-plus-year stance of only allowing Irish themed groups to participate in the parade honoring the Catholic saint.

A Massachusetts Catholic school pulled out of its local St. Patrick’s Day parade this year after it learned a homosexual activist group would be allowed to march while openly identifying its homosexuality, its principal at the time citing Catholic Church teaching.

“Catholics are forbidden to sponsor or even participate in an event which openly promotes unnatural and immoral behavior,” Immaculate Heart of Mary School’s Brother Thomas Dalton said. “The Church will never accept nor condone same sex marriage and the homosexual lifestyle.”