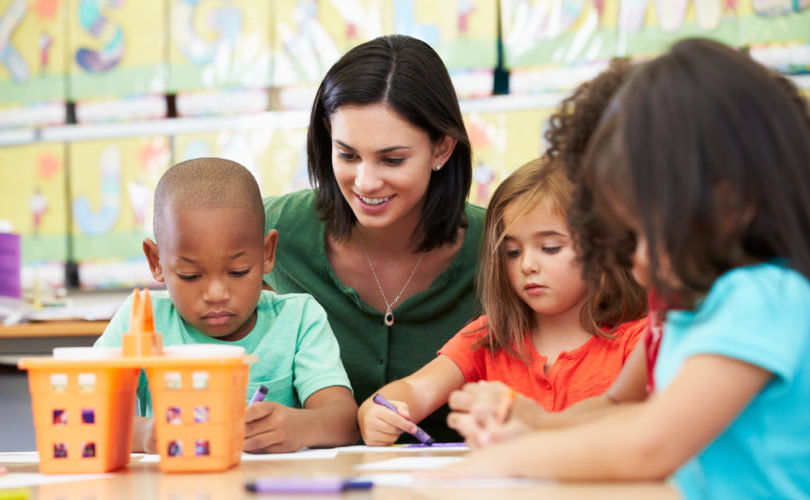 June 26, 2015 (CardinalNewmanSociety) — In two eye-opening reports, education reform experts at The Cardinal Newman Society have compiled and analyzed employment documents from more than 125 Catholic dioceses in the United States, showing evidence in the Church of a broad and substantial movement toward high standards for Catholic school teachers with regard to faith and morals.

In the past year, several dioceses have announced new “morality clauses” and other improvements to teacher contracts, handbooks and other employment documents, ensuring that teachers are aware of expectations that they model Catholic values and beliefs both inside and outside the classroom. A firestorm of criticism has engulfed Archbishop Salvatore Cordileone in San Francisco, who proposed similar changes to local teacher agreements.

But an important study by The Cardinal Newman Society’s Dr. Jamie Arthur, released a couple days ago, shows that Archbishop Cordileone and his fellow bishops have only been implementing standards that the Vatican has required for several decades, wholly consistent with the Church’s vision for Catholic education.

And now two new reports from the Newman Society—authored by Dr. Denise Donohue and Dr. Dan Guernsey, deputy director and director respectively of the Society’s K-12 education programs—clearly demonstrate that the several bishops whose updated teacher standards have been reported by news media are not alone in their efforts. Instead, there appears to be a national consensus among Catholic bishops that faith and morals clauses are needed in teacher agreements.

“The work of these researchers provides valuable support to Archbishop Cordileone and the whole Church,” said Patrick Reilly, president of The Cardinal Newman Society. “Not only do these reports dispel false claims that the bishops who are implementing strong teacher standards are out of touch with the rest of the Church, but these reports also will help bishops and school leaders engage in a national conversation about the essential role of faithful Catholic teachers and collaborate in strengthening the Catholic identity of America’s Catholic schools.”

In their reports, Drs. Donohue and Guernsey find much diversity in how dioceses articulate their faith and morals standards, and with what sort of employment documents the standards are presented to current and prospective employees in Catholic schools. But some dioceses have been collaborating on specific language, and there are clear themes that run through the standards, with apparent concern for hot-button moral issues that are most likely to cause friction between Catholic schools and teachers who do not fully embrace Catholic values.

The “best practices brief” draws upon a much longer, 67-page compilation of sample language from more than 125 dioceses in the United States.

Among the model documents is the “pre-application statement” for teachers in the Diocese of Sacramento, chosen because it includes “a narrative on the mission of the Church and the expectation of employees to share in that mission and give public witness to the Catholic faith through their life choices,” the authors explain.

Provided to prospective teachers before they even apply for a Catholic school position, the Sacramento statement is very specific about Church teaching on issues like marriage—an especially important point given the redefinition of marriage in California and the Supreme Court ruling on marriage expected tomorrow or Monday. The Diocese informs applicants that “the notion of ‘gay marriage’, and the adoption or placement of children in anything other than a traditional family setting, secularism, the paring back of religious freedom rights, or the restriction of… liberty of conscience, anti-Catholicism, or anti-Catholic biases, [and] the abuse of alcohol or the use of illegal narcotics or other controlled substances” are opposed to Catholic morality and faith. Anyone who is unwilling to “authentically witness the Catholic faith by their lives may wish to reflect and seek pastoral guidance before applying for employment or ministry in the Church,” the Diocese warns.

Drs. Donohue and Guernsey note that in addition to explaining particular points of moral concern for the Church, many dioceses will also instruct teachers to consult the Vatican-approved Catechism of the Catholic Church on all moral and faith questions.

“Direct reference to the entire Catechism is a best practice, because it not only solves the potential legal question of where to find authoritative, clearly articulated, and binding theological and moral norms for use in adjudication, but also has the added benefit of addressing a much broader scope of possible flashpoints in a deeper context than can be addressed in an employment document,” the authors advise.

“This helps clarify two important legal questions in a termination related to morality clauses,” they write. “Was the employee aware of what was expected (did they know that their behavior violated expectations), and how is immorality defined or understood in particular instances so as to avoid an arbitrary enactment of the clause by the employer?”

The Newman Society authors also have praise for the Code of Ethics for the Teacher in a Catholic School issued by Bishop Robert Vasa of the Diocese of Santa Rosa, because while it is necessary that such documents be “legalistic,” Bishop Vasa takes great care to also ensure “pastoral sensitivity, instruction and clarity.”

The Code explains that “as human beings, we are called by God to a life of holiness. We recognize that, without diminishing our freedom, this call orients us to heed God in our thoughts, words and deeds. We further recognize that this call is all the more compelling for us since, in our lives and vocations as teacher/administrators in a Catholic school, we have been entrusted with the task of helping students ‘arrive at the fullness of the Christian life’ (Canon 794, § 1).”

Therefore, the Code states, it is essential that Catholic school teachers and leaders model an “exemplary life both personally and professionally”—words that also appear in the Diocese’s employment contracts. “Thus, whether we are at school or outside of school, our public behavior is to be in conformity with Church teaching as expounded in The Catechism of the Catholic Church.”

While teaching in a Catholic school can be an extraordinary experience for the faithful Catholic teacher, the authors note that disputes with teachers who run afoul of diocesan standards can be “painful, emotionally and socially charges, and potentially litigious.”

“Charity, clarity, humility, and justice will all need to come into play in aiming for a peaceful resolution with the employee,” the authors advise, citing the Diocese of Davenport’s termination policies as exemplary in their avoidance of scandal and promotion of “mutual respect, personal integrity and freedom of conscience.”

What the two reports demonstrate, the authors conclude, is that:

…there are different options for Catholic leadership to approach the presentation and enforcement of faith and morals clauses for Catholic school teachers. In seeking to implement faith and morals clauses, it is prudent for the school to ensure that 1) it has properly highlighted the fundamental religious nature of all of its efforts, 2) it has made all teachers aware of their responsibility to advance the religious mission of Catholic education, and 3) it seeks to ensure that the teachers understand the scope of faith and morals transgressions that might result in termination of employment.

Both reports—the best practices brief and the full compilation of diocesan materials—are posted online at The Cardinal Newman Society website.