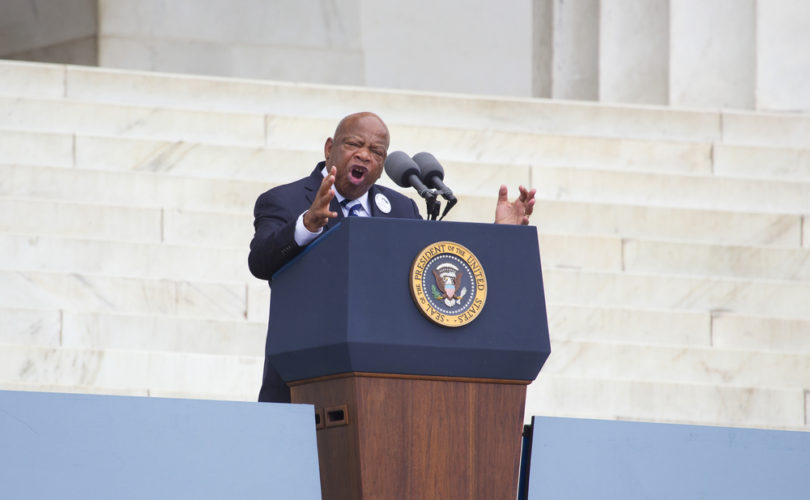 February 26, 2015 (CardinalNewmanSociety.org) — The College of Our Lady of the Elms (Elms College) in Chicopee, Mass., is set to host Congressman John Lewis of Georgia as the College’s 2015 commencement speaker, according to a news release, despite his voting record consistently in favor of legal abortion.

Lewis was chosen for his “personal and political focus on civil rights,” which “fits perfectly with Elms’ commitment to social justice,” the College reportedly stated. “As commencement speaker, he will deliver a humbling and inspiring message for the Class of 2015 to carry into the world.” The College made no mention of his opposition to Catholic values.

According to On The Issues, Lewis has a 100 percent rating with NARAL Pro-Choice America and a zero percent rating by the National Right to Life Committee (NRLC), indicating a consistent pro-abortion voting record.

Lewis voted against banning partial-birth abortions, barring minors from crossing state lines to procure abortions, and requiring minors to involve responsible adults before having an abortion. Lewis also co-sponsored the Women’s Health Protection Act, which would effectively prohibit medical professionals from recommending ultrasounds or other procedures to women considering abortion. Additionally, he voted in favor of increased federal funding for contraception and embryonic stem cell research.

We are honored to have Rep. Lewis as our commencement speaker this year. His message of peaceful protest in pursuit of social justice is a powerful message for our diverse group of graduates, many of whom represent the first generation of college graduates in their families.

The Cardinal Newman Society reached out to a representative of Elms College concerning the danger that hosting Lewis could pose to its Catholic identity, especially given his pro-abortion voting record. No response was received by time of publication.