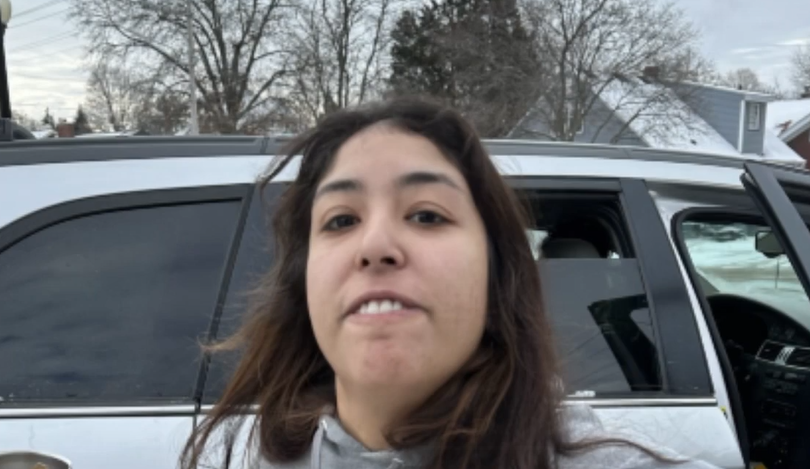 ROCKFORD, Illinois (LifeSiteNews) — A Catholic activist and father of three has now been attacked twice in the past two months, this time while peacefully praying outside an abortion mill.

A pro-abortion leftist threw a thermos of coffee at Danniel Pribble on December 27 while he was peacefully praying outside of a new abortion facility in Rockford, Illinois.

“This is just proof that they’ve lost the debate when they resort to violence,” Pribble told LifeSiteNews on Thursday. “We’re not deterred in any way from continuing to stand up for the unborn.”

“We know that when you do good you will be persecuted as our Lord said,” Pribble noted. “We know that God wins in the end.”

This follows an attack on Pribble by David Jonies, the organist for the Archdiocese of Chicago’s Holy Name Cathedral. Pribble was praying outside the cathedral in November as part of a monthly rosary rally against Cardinal Blasé Cupich’s crackdown on the Traditional Latin Mass.

Police arrested Nataly Rivera in December for the attack on Pribble and others with the Rockford Family Initiative. “There are too many children!” Rivera screamed at the activists, according to the pro-family group.

Rivera knocked Pribble’s phone out of his hand and then threw her thermos at him. Coffee also hit a female pro-lifer near Pribble.

“This act will not deter us from our mission of witnessing for the unborn and offering help to their mothers,” Rockford Family Initiative wrote on Facebook. “In fact, this hateful act just inspires us to love more.”

The Rockford police did not respond to a request for comment from LifeSiteNews on Wednesday about the status of Rivera’s case and if a police report was available.

The new abortion facility will be run by abortionist Dennis Christensen, who came out of retirement to abort babies. Christensen is expected to have killed at least 100,000 babies through abortion in Wisconsin. Rockford is about 30 minutes from the Wisconsin border.

The attack on peaceful pro-lifers is just the latest in acts of violence by pro-abortion activists, particularly in the wake of the reversal of Roe v. Wade on June 24, as well as the leaking of that opinion the month prior.

Since then, pro-abortion activists have protested outside of the homes of Supreme Court justices, in violation of federal law, and one even traveled from California with the clear purpose of killing Justice Brett Kavanaugh.

Pro-life churches, groups, and pregnancy resource centers have faced fire bombings, vandalism, and other attacks, with little to no pushback from the White House and leading Democrats.

A leftist in Michigan even shot an 84-year-old volunteer who was simply knocking on doors and hoping to talk to residents about a ballot referendum.

FBI Director Christopher Wray estimated in November that 70% of abortion-related violence after the reversal of Roe targeted pro-life centers and churches. The FBI did announce in June, prior to the Dobbs decision, that it was investigating attacks on pro-life groups.

The attacks and threats of violence have been unending. For example, just a few weeks ago, the violent pro-abortion group Jane’s Revenge, which has boasted about its criminal activity, attacked the garage door and driveway of a Pregnancy Aid Detroit board member’s home in Grosse Pointe Woods, Michigan. Criminals also vandalized the Pregnancy Aid center that same day.