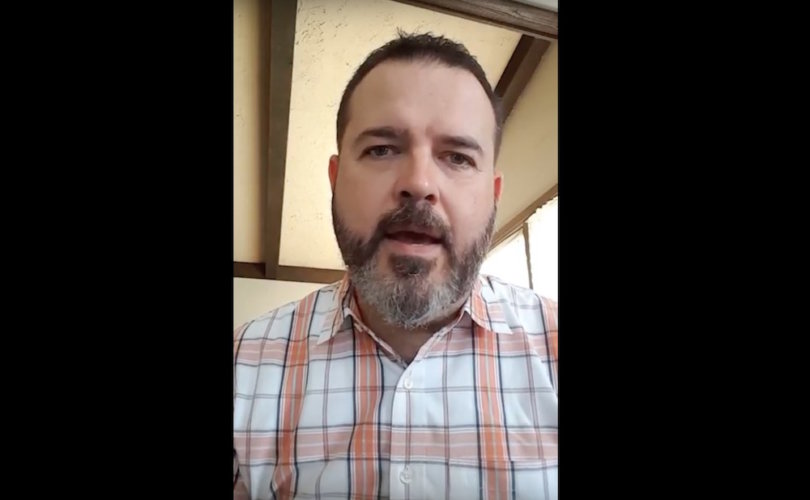 KANSAS CITY, Missouri, August 17, 2016 (LifeSiteNews) – Catholic father and media professional Steve Sanborn faced down health system apparatchiks who insisted they had a legal right to talk privately with his son and daughter about sex. He has gone on YouTube with a warning to other parents not as suspicious as he is about bureaucratic overreach into parental and family rights.

When Sanborn took his 13-year daughter and 11-year-old son to Children’s Mercy Hospital last month for their annual checkup, he was told they would be seen “privately” by a staff doctor for a few minutes each. “That won’t be happening,” he twice insisted. “Missouri has a new law” that required it, a doctor responded. But when Sanborn held his ground, the doctor backed down.

Then Sanborn went on the counterattack and asked for information on the “new law.” There was none. “They were lying,” Sanborn said.

The law turned out to be a bureaucratic preference. Still, it was made clear to Sanborn that he should take his children elsewhere next time.

Sanborn told LifeSiteNews his reasons to resist were “moral and legal.” The hospital has no legal authority to see his children alone, he is sure, and their motive was immoral. The doctor would have discussed contraception and abortion with his children, informing them of their so-called “reproductive rights. … Knowing what I know, this is an easy start for the abortion industry to lure children into becoming future clients while usurping parental rights.”

The efforts to come between parents and children are growing everywhere but still meeting resistance. In Scotland, the government’s plan to assign every minor to a “named person” to supplant parental authority has run afoul in the courts.

In Norway, only an international furor forced the child welfare bureaucracy to return five children to parents deemed both too Christian and too strict for the national temper.

In Alberta, Canada, parents are resisting the new socialist government’s plan to discuss transgenderism with students in one-on-one sessions with teachers without parental permission or knowledge.

Sanborn so far has not found any Missouri regulatory body willing to direct Children’s Mercy Hospital to cease their false claims and wrongful actions.