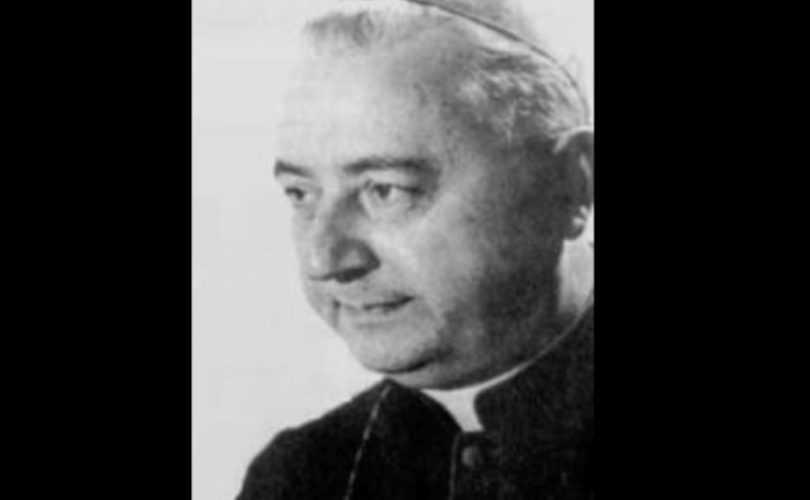 Annibale Bugnini, the chief architect of the liturgical changes both before and after Vatican II

(LifeSiteNews) — On May 26, Episode II of the documentary film trilogy “Mass of the Ages” premiered on digital platforms.

The film’s own YouTube channel has now garnered more than 135,000 views.

While Episode I introduced viewers to the rites, rituals, and blessings of the Traditional Latin Mass and illustrated how it still touches the hearts of ordinary people, Episode II, entitled “A Perfect Storm,” tells the story of how the Novus Ordo Mass was created after Vatican II.

Episode II points out misconceptions about Vatican II’s document “Sacrosanctum Concilium” and argues that the “creation of the new Mass went far beyond the text of Vatican II.” In fact, some of the passages in the liturgical constitution assumes the use of the Latin language, especially in liturgical music, for example:

116. The Church acknowledges Gregorian chant as specially suited to the Roman liturgy: therefore, other things being equal, it should be given pride of place in liturgical services. (Sacrosanctum Concilium)

The Council Fathers did not create the Mass of Paul VI. Rather, as the film narrates, it was the work of the “Consilium” that implemented changes to the Mass under the leadership of Monsignor Annibale Bugnini.

Cameron O’Hearn, the film’s director, spoke on May 21 with podcaster Jim Havens, host of The Simple Truth, about Bugnini, whom the film metaphorically calls the “man behind the curtain.”

“The one who then was given power to make changes in the liturgy had a different intention [than to follow the Council’s recommendations]. He wanted to do more, and he knew that the vast majority of bishops would have been against the actual outcome of the changes,” O’Hearn said.

“The Mass that 99 percent of Catholics experience Sunday after Sunday, I would say, is not the Mass of Vatican II,” he continued.

“Once you see what actually happened from ‘65 to ’70, I think you’ll reach that conclusion as well.”

— Article continues below Petition —
Pope Francis: Don't make Bishop McElroy a cardinal - he knew about McCarrick
Show Petition Text
12472 have signed the petition.
Let's get to 12500!
Thank you for signing this petition!
Add your signature:
Show Petition Text

One of the most powerful scenes in the film, receiving positive reviews from viewers, is the “Missal Graphic.” As the film team indicated on May 29 on  their Twitter channel, it illustrates that there was “a revision of almost everything.”

“A revision of almost everything”

In the 60s, an advisory body in the Church sought to implement reforms in accord with Vatican II

What happened? An unprecedented rewriting of the church’s rites, rituals, blessings & liturgies.

Take a look at just how much changed in the Mass pic.twitter.com/dPGXAf2uFW

“This graphic was the most powerful part of Episode II, in my humble opinion,” tweeted a viewer.

“People have long takes about how much was changed between the Novus Ordo and the Traditional Latin Mass, yet this displays it in a very compelling way that highlights and underscores this point.”

This graphic was the most powerful part of Episode II, in my humble opinion.

People have long takes about how much was changed between the Novus Ordo and the Traditional Latin Mass, yet this displays it in a very compelling way that highlights and underscores this point.

As indicated in one of the film reviews on the Mass of the Ages’ Instagram Channel, the second film also gives an account of Pope Paul VI’s ambivalent position on the role of Latin in the liturgy, which was taken from a General Audience that he delivered on November 26, 1969.

“…Not Latin, but the spoken language, will be the main language of the Mass,” he said.

To those who know the beauty, the power, the expressive sacrality of Latin, its replacement by the vulgar language is a great sacrifice: we lose the discourse of the Christian centuries, we become almost intruders and desecrators in the literary space of sacred expression, and we will thus lose a great portion of that stupendous and incomparable artistic and spiritual fact that is the Gregorian Chant. We will thus have, indeed, reason for being sad, and almost for feeling lost: with what will we replace this angelic language? It is a sacrifice of inestimable price.

Taylor Marshall, who makes a brief appearance in “A Perfect Storm,” discusses that same address in one of his podcasts. Citing the words of  Sacrosanctum Concilium that “[t]here must be no innovations unless the good of the Church genuinely and certainly requires them,” Marshall questions the motives of Paul VI’s “innovation” of the Novus Ordo Mass.

“Why? Was the Old Mass broken? Was the old liturgy for Baptism and Confirmation not good enough? Did it break along the way? Was it not relevant anymore? Were the ordination rights broken and needed to be updated? Did Extreme Unction need to be revised?” said Marshall