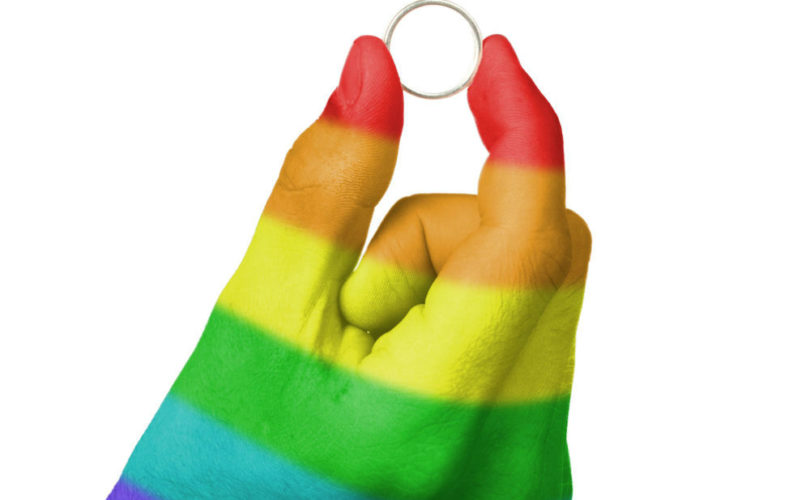 WASHINGTON, D.C., May 15, 2019 (LifeSiteNews) – Georgetown Visitation Preparatory School, a Catholic girls’ high school in the nation’s capital, has spurred controversy by announcing it will begin highlighting same-sex “marriages” among other news in the school’s alumnae magazine.

“The Church is clear in its teaching on same-sex marriages. But, it is equally clear in its teaching that we are all children of God, that we each have dignity and are worthy of respect and love,” Sister Mary Berchmans, president emerita of the school, wrote in a letter early May, the Daily Caller reported. “As I have prayed over this contradiction, I keep returning to this choice: we can focus on Church teaching on gay marriage or we can focus on Church teaching on the Gospel commandment of love.

“We know from history – including very recent history – that the Church, in its humanity, makes mistakes,” she argued. “Yet, through the grace of God and the power of the Holy Spirit, it learns and grows. And so, we choose the Gospel commandment of love.”

The Archdiocese of Washington responded with a statement that it “was not made aware of the discussion of Catholic identity or the recent decision of the school to communicate the change for their alumni publication until after the letter announcing the decision was distributed to the wider Georgetown Visitation community,” WTOP reported. “Catholic Church teaching on marriage is clear, and it also does not conflict with the Gospel message of love.”

Catholic News Agency reported that the decision appears to be partly the result of discussions with a handful of pro-LGBT activists and homosexual alumnae who formed a private Facebook group called Georgetown Visitation Alumnae for Equity. In the group, members shared communications to Berchmans and retiring Head of School Dan Kerns, as well as a reply from the former.

One email to the two from a former student and “proudly gay alumna” complained about the magazine’s refusal to publish another student’s same-sex “wedding” announcement, and lectured the school that “when you talk about the teachings of the church, I want you to remember all of the teachings of the church.” The poster later shared a reply in which Berchmans said the school was working “towards a solution.”

CNA noted similar language between Berchmans’ announcement letter and the appeals to her. “I want you to remember to Live Jesus,” the poster told her (a phrase that’s “part of our Salesian charism and a deeply engrained part of who we are as a community of faith,” according to the school), and Berchmans went on to write that she had been “reflect(ing) upon what it means to Live Jesus in relationship with our LGBTQ alumnae.”

A Georgetown Visitation spokesperson declared that feedback to the new policy has been “overwhelmingly and heartwarmingly positive,” but CNA noted that a member of the pro-LGBT Facebook group wrote that Berchmans was “struggling from the amount of negative pushback from members of the Visitation community,” and that one mother of a current student told CNA that many parents object but are afraid to speak out.

Another parent alleged that Georgetown Visitation students face pressure to support “so-called LGBTQ values,” such as the same-sex “marriage” of a teacher. “All the parents felt like we had to support this teachers ‘marriage,’ and we didn’t really know how to deal with it,” the parent said. “You worry about soft discrimination against the children…A’s become B’s very quickly, and you do not want to have a reputation as one of the ‘angry parents,’” another mother warned.

“It is far more comfortable to acquiesce in the wisdom of the age than to courageously rebel against it,” Father Carter Griffin lamented at the National Catholic Register. “And it is not compassionate to approve, even implicitly, sexual behavior that imperils the immortal souls of so many of our brothers and sisters.

“Sanctimonious allusions to love untethered to the truth of human flourishing, unmoored from virtue and holiness, do not help souls but rather lull them into a dangerous state of complacency,” he argued, “especially when such claims are advanced by those with greater responsibility, such as venerable religious sisters.”