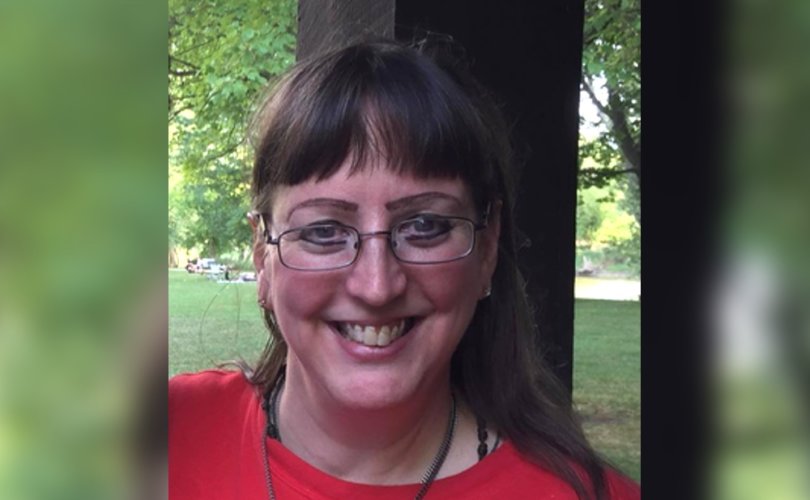 TOLEDO, Ohio, May 20, 2020 (LifeSiteNews) – A home healthcare company in Toledo, Ohio has terminated one of its caregivers over a social media post celebrating the cancellation of a local LGBT “pride” event due to COVID-19.

In a since-deleted Facebook post, Kristi Kille, who is also a committeewoman for the Lucas County Republican Party, wrote that she was pleased to see the 2020 Toledo Pride festival put on hold due to COVID-19 restrictions. Another event has been scheduled for August 22.

Local LGBT activists groups condemned the comment, as did Toledo City Councilmember Nick Komives. Even the Lucas County GOP joined the denunciations, issuing a statement that Kille’s comment “was neither issued by, nor supported by the Lucas County GOP,” and that “we're very proud of the members of the LGBT community who participate in the party and we're a stronger party because of their involvement.”

But Kille’s biggest blow came when Arista Home Care Solutions fired her from her job as a certified home health aide on May 15, she told LifeSiteNews via email.

Kille says her job was going well and her patients and superiors were all very pleased with her work. But despite her social media commentary never being an issue before, Arista punished her after pressure from LGBT activists.

“The next morning, when I was at my clients' house, the owner called about that post,” Kille says. “That was the first time I knew something of what was going on because of that post. Throughout the day, she and I talked via telephone about the situation and she said that her daughter is ‘gay’ and was wondering how I'd treat ‘gay’ clients. The company was harassed, nonstop, by phone calls, Facebook comments, and bad reviews, and these people were demanding that I get fired.”

The next day, the company called her into the office and had another caregiver take over her shift at a patient’s home.

“At that meeting, the owner and her husband did not say I was fired because of these people,” she explained. “But it was all based on that. They told me about the situation being on the news the night before. They told me that they thought long and hard and consulted their attorney about this because they did not want to fire me. They admitted that it was hard to fire a good employee. I told them that their rights were violated by these people. The owner gave me a termination letter stating different violations that I committed – which I didn't do. But that's all for legal purposes.”

On May 11, five days before Kille’s firing, Arista owners Clayton and Paula Biriney released a statement that they were “aware of hateful comments recently posted by an employee on their personal Facebook page,” which “do not reflect our views personally, nor do they represent the culture of our company, or the dedication and compassion of our other employees,” and that they would be “dealing with this situation in a forceful manner.”

Kille added that several LGBT activists have harassed her and members of her family over her comments – at least one instance of which being serious enough to file a police report. She has also declared that she will not compromise her statements of faith for expediency:

In addition to America’s ongoing debates over LGBT activists’ positions on cultural issues such as marriage and gender fluidity, LGBT “pride” parades are particularly controversial for the bizarre, sexually-explicit displays they often feature, and activists’ comfort subjecting children to them.

Toledo Pride’s announcement that they’re “working with local bands, drag performers, and other entertainers to host a virtual Pride event, featuring a simulcast event, a virtual parade and a family fun day” (emphasis added) suggests the group is similarly unconcerned about age-appropriateness.