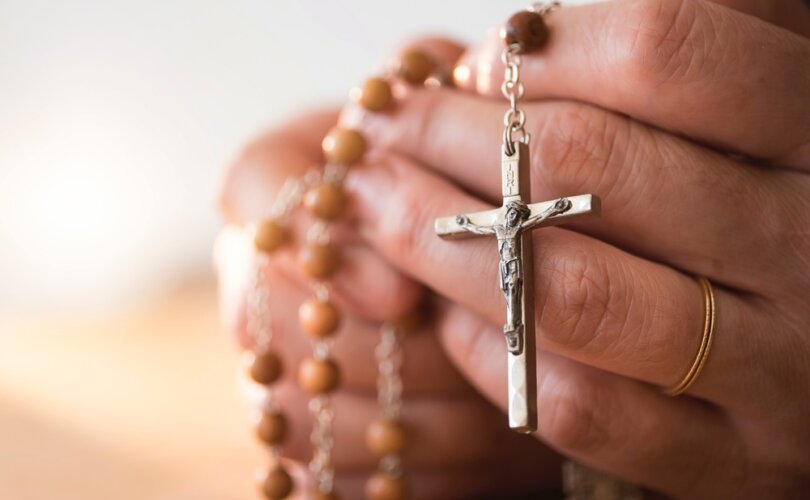 (LifeSiteNews) — A Catholic grandmother wrote a beautiful letter to her gender-confused granddaughter expressing both her deep love and serious spiritual and moral anxieties after learning the young woman wanted to be called by a male name.

Although the grandmother later reportedly apologized after the girl said the card made her “uncomfortable,” the letter’s contents express Christian love amid radical gender ideology’s conquest of America’s young people.

The grandmother’s letter was made public in a TikTok video published last week by the granddaughter herself. In the video, the girl explained that the letter came after she told her “parent” she wanted to be called “Mike” when she came home for Christmas.

She said she then received a letter from her grandmother, who addressed her using her “dead name” (i.e. her real name printed on her birth certificate), rather than “Mike.”

The grandmother expressed that she loves and cares about her granddaughter too much to affirm something that is false and promised instead to pray and sacrifice for her.

Thoughts on grandma’s letter? I think it’s lovely but everyone is flaming it in the comments pic.twitter.com/OpTVUbIzTh

“On this Our Blessed Mother’s feast day, I am writing to tell you that I will not address you as ‘Mike,’” the grandmother wrote, according to the video.

While acknowledging that her “decision is probably not a surprise to you” and that “others may comply with your request,” the grandmother said she feels “anguish” at the “chosen name and what that means” stemming from concern regarding her granddaughter’s “eternal soul.”

“Know that I love you more than words could ever possibly convey to you,” she said, explaining that her granddaughter’s decision to identify herself by a male name “does not change my deep love for you.”

READ: Detransitioned woman: ‘I’m grateful I wasn’t affirmed’ in my ‘trans’ identity as a child

The Catholic grandma then described the meaningful steps she and other family members are taking in an effort to help the girl find mental and spiritual health and peace.

“Because of my concerns for your soul and your mental health, I’m spending more time with Jesus in adoration,” she said, adding that the girl’s five young cousins will be “doing the same” and “offering up special personal sacrifices” for her.

“Do you know how much you are cherished and loved?” the letter continued. “It would be a joy to see you and be with you during the coming Christmas celebration of Our Lord’s birth.”

The grandmother’s heartfelt message triggered pushback from the gender-confused young woman’s Tik Tok followers, who expressed sympathy for the girl while some suggested she not spend time with her grandmother or anyone who doesn’t “affirm” her as “Mike.”

Dylan Mulvaney, the grown man who identifies as a “girl” and was invited to the White House to speak about transgenderism, similarly weighed in on TikTok, commenting, “I love you Mike. Please do what’s best for YOU.”

In a follow-up video, however, the young woman pushed back on recommendations from some followers that she “cut off” her grandmother.

She acknowledged that her grandmother sincerely loves her and wants to do what’s right. She also said her grandmother had “apologized” to her “profusely” for sending the letter after she told her that it made her feel “uncomfortable.”

READ: Ex-trans teen Chloe Cole to sue doctors who removed her breasts when she was just 15 years old

The young woman also expressed confidence that she and her grandmother would be on good terms after further conversation.

She went on to explain that much of her family is practicing Catholic, but that she personally left the Church. However, she said she still goes to Mass with her mother “because this is such an important part in her life.”

Twitter users reacted to the video and its follow-up — which were reposted by a Catholic account — by expressing support for the grandmother and prayers for her granddaughter.

“It’s done lovingly. The grandma is probably heartbroken to see her granddaughter this way and tried to express it in the best way … possible instead of just going along with what she wanted,” one Twitter user said.

“When she detransitions, she will be thankful and blessed to have these people in her life,” another said. “That letter was catechesis and it was beautiful.”

Another commenter responded to the gender-confused girl’s follow-up video by praising the young woman for seeing “the loving heart of her elder.”