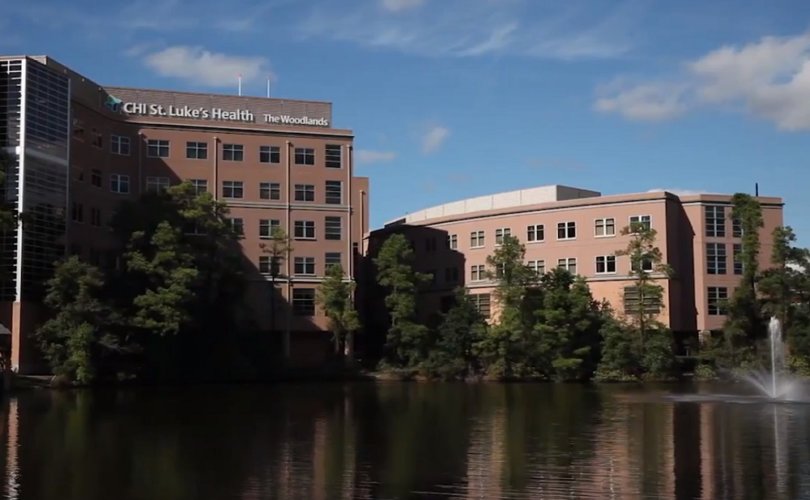 THE WOODLANDS, Texas, November 13, 2019 (Texas Right to Life) — St. Luke's Health–The Woodlands Hospital told Jennie Drude she was no longer welcome as a newborn photographer after the hospital tried to pressure her client into an abortion. The mother did not want to have an abortion, and Jennie informed her that the doctor could not legally coerce her into killing the preborn child – as Jennie had faced a similar situation in her own pregnancies. Jennie was then told on October 23 she was no longer welcome on the premises.

Ever since unexpectedly losing their first daughter, Jennie and her husband have become advocates for parents who lose their infants and volunteered for 11 years at St. Luke's hospital where their daughter was born. Jennie has lost three children at birth, two of them to anencephaly, a rare brain condition. As a professional photographer, she now helps others in similar situations by capturing the brief, precious moments families share with their terminally ill newborn babies.

Jennie was asked by a mother on October 19 to photograph the birth of her preborn baby who had anencephaly. Days later, however, Dr. Sara Gibson at St. Luke's told the mother she should have an abortion, referring her to another facility where she could get a shot that would stop her baby's heart, since that action violated hospital policy. Dr. Gibson then stated that the hospital could do the delivery if the child was already deceased, as a way to get around directly performing the abortion herself. The mother was horrified at the suggestion and protested, leading Dr. Gibson to yell at the already heartbroken woman. The mother told Jennie, and Jennie contacted Texas Right to Life for advice on relevant law and what the rights of the mother were against the coercive and insensitive physician. When the mother was forced into another confrontation with Dr. Gibson, she was newly armed with the facts and her rights. Dr. Gibson repeatedly asked “who gave you this information? I think I know where this came from.” Since Dr. Gibson had delivered two of Jennie's children born with fatal conditions, she knew of Jennie's compassion for mothers in these situations. Shortly after this confrontation, Jennie's employer received a phone call from hospital administration stating that she was no longer welcome at St. Luke's.

Texas Right to Life Director of Media & Communication Kimberlyn Schwartz said, “St. Luke's hospital betrayed their own ethics not only by promoting abortion but also by punishing Jennie Drude who gave hope to this woman and hundreds of others. We call on St. Luke's to do the right thing: Give Jennie her job back and fire Sara Gibson.”

Published with permission from Texas Right to Life.