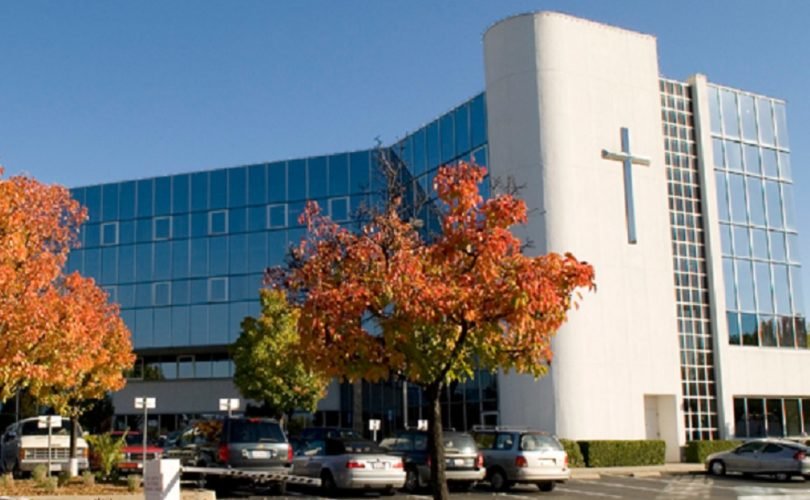 REDDING, CA, August 31, 2015 (LifeSiteNews) – A California Catholic hospital retracted its decision last week to prohibit a sterilization at its facility and consented to a pregnant mother's doctor performing the procedure.

Mercy Medical Center in Redding had until Monday to respond to the threat of a discrimination lawsuit by the American Civil Liberties Union (ACLU) on behalf of Rachel Miller on the grounds the hospital was denying her “pregnancy-based care.”

Miller, 32, herself a lawyer, was told by Mercy in April that her doctor could not perform a tubal ligation on her after her C-section scheduled next month, the San Francisco Chronicle reports.

The hospital, owned by Dignity Health San Francisco, first refused to allow the sterilization based on its Catholic Ethical and Religious Directives.

The Ethical and Religious Directives for Catholic Health Care Services were issued by the U.S. Conference of Catholic Bishops in 2009.

The ACLU has threatened legal action and sued Catholic bishops and hospitals before for operating in accord with Catholic teaching.

After initially refusing to allow the sterilization, Mercy's Redding location later notified Miller's doctor it was reconsidering due to information the physician had provided, and ultimately gave the greenlight for the sterilization on Monday.

“This is a decision that I made with my family and my doctor and no one else should be involved in that process,” Miller said in a statement.

Dignity Health is California's largest private health care company, and 24 of its 39 hospitals are Catholic, according to the Merced Sun-Star, with all of the facilities operating by the Catholic directives.

The rule applying to sterilization states:

Miller would have had to travel 160 miles to the University of California Davis, the closest hospital willing to perform both a C-section and a tubal ligation that would accept her insurance.

She said she hoped her case alleging discrimination on religious grounds would “shine a light on this issue so that others aren't turned away.”

“That's great that they are willing to do that for some women,” Gill said of Mercy, but Miller, she continued, “is just one of many women who risk being denied care because Catholic bishops are telling medical professionals how to operate.”

Dignity Health's general counsel told Miller's ACLU attorneys in a letter the discrimination accusation was unfounded and that the court would not compel the hospital to disobey Church teaching.

No court ruling or other legal authority would require Mercy Medical Center to “violate the (Ethical and Religious Directives) and repudiate (the hospital's) Catholic identity,” Dignity Health attorney Rick Grossman wrote in the letter.

Grossman called the claim of sex discrimination “baseless,” because the hospital's policy against sterilization pertains to both men and women.

The rule bans abortions and reproductive-assistance procedures such as in vitro fertilization as well.

Mercy Medical Center declined to comment on individual patient cases, a report from the Standard Daily said, but it provided its policy in a statement:

What we can share is that in general, it is our practice not to provide sterilization services at Dignity Health's Catholic facilities in accordance with the Ethical and Religious Directives for Catholic Health Care Services and the medical staff bylaws,” Mercy administrators said. “As such, tubal ligations are not performed in Catholic hospitals except on a case-by-case basis where a formal review by a committee of physicians and others gives permission to perform the procedure.

Gill had issued the threat of legal action in an August 17 letter to Mercy.

“Because of Ms. Miller's impending delivery, we view this deadline as urgent,” Gill stated, “and we plan to file a lawsuit, seeking appropriate remedies and an award of attorney's fees and costs, if this matter is not resolved soon.”

“California law, however, does not permit a hospital supported by public funds to deny Ms. Miller's medically indicated pregnancy-related care, as doing so constitutes sex discrimination,” she said. “Nor does it permit corporate entities to elevate their theological tenets over patient health.”

Gill maintained that the Catholic Ethical and Religious Directives are discriminatory.

“Religious institutions that provide services to the general public should not be allowed to hold religion as an excuse to discriminate or deny important health care,” she said.

Bishop to Catholic hospital: Early Christians were tortured for the faith, but you’re backing down over gvmt ‘regulations’?