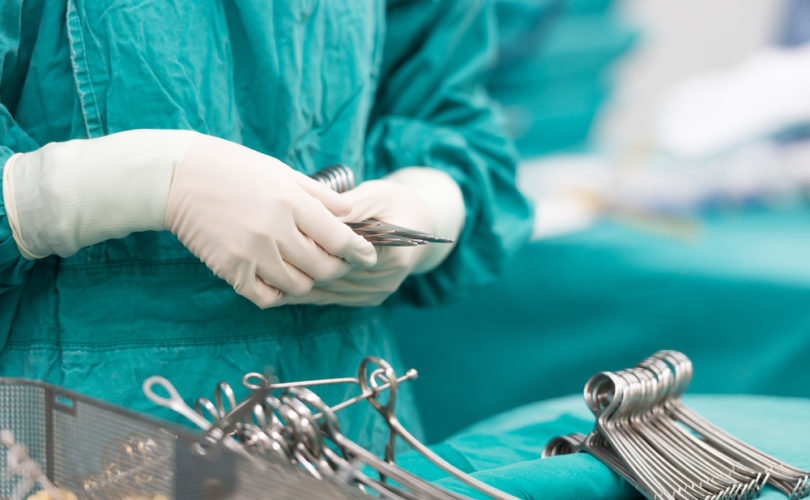 The ACLU of Michigan sent a demand letter September 11 to Genesys Regional Medical Center in Grand Blanc, MI, urging reconsideration of the hospital's denial of Jessica Mann's request for a tubal ligation after her October 24 C-section.

“There is simply no medical reason to prevent Ms. Mann from obtaining a tubal ligation at Genesys,” it said. “To the contrary, there are multiple medical and legal reasons to allow the procedure. In fact, the only basis on which Ms. Mann is being denied appropriate care is the hospital's adherence to religious directives that forbid necessary treatment.”

The civil liberties group said religious beliefs should not impede Mann from “obtaining safe medical care” at Genesys and gives the hospital until today, September 18, to respond.

“Although everyone has a right to practice their religion as they see fit, religion cannot be used to harm others, which is what is happening here,” ACLU attorney Brooke Tucker said in a statement. “Jessica Mann and every person who goes into the hospital seeking medical care should not have to worry that religious beliefs rather than medical judgment will dictate what care they receive.”

“The facility is governed by religious rules called the Ethical and Religious Directives,” the ACLU statement continued, “which are written by the United States Conference of Catholic Bishops and that classify common reproductive health procedures as 'intrinsically evil.'”

The Ethical and Religious Directives for Catholic Health Care Services were issued by the U.S. Conference of Catholic Bishops (USCCB) in 2009.

The directive relating to sterilization states:

Genesys Hospital is a subsidiary of Ascension Health, the largest Catholic health care system in the U.S.

Medical providers opposed to providing abortion or sterilization procedures have an exemption through federal law, University of Illinois Professor of Law Robin Wilson said in a report from the Washington Post.

However, the ACLU insists that the federal protections do not apply in Mann's case, and it says that the Ethical and Religious Directives not only supplant religious doctrine for best medical practices, but also disproportionately harm women.

“These ethical and religious directives single out women and care that women need,” Brigitte Amiri, an ACLU staff attorney, said.

Mann suffers from pilocytic astrocytoma brain tumors that make her current pregnancy and any subsequent pregnancy a risk to her, according to the ACLU, and her doctors have advised her that it would be in her best interest not to become pregnant again. She is approaching full term with her third child.

Regardless, the ACLU is arguing that referring Mann for a subsequent sterilization falls below the standard of care, because it would result in another round of full anesthesia for Mann, whose condition will require her to go under for her impending C-section.

“Failure to allow Ms. Mann to obtain a tubal ligation immediately following her C-section, when it is safest for her to obtain the procedure, not only unnecessarily places Ms. Mann's life at risk,” it stated, but “it also subjects the hospital to investigation and discipline by state licensing authorities.”

The ACLU quoted the sterilization directive back to the hospital in its letter to Genesys from a January 2015 statement the hospital made to the local Grand Blanc newspaper, following its having allowed another patient to have the procedure after her C-section last year because she'd been informed by doctors that she was at great risk of uterine rupture if she became pregnant again.

“Your statement makes clear that Genesys allows tubal sterilizations to be performed in situations where there are grave health risks to the patient absent the procedure,” the ACLU stated. “This is precisely the situation here.”

It also pointed out the recent case of Mercy Medical Center in Redding, CA, which initially refused a tubal ligation based on the Ethical and Religious Directives but then last month reversed its decision.

The ACLU also threatened suit in that situation.

The ACLU sued the USCCB in 2013 in another Michigan case alleging that the USCCB's Ethical and Religious Directives put women's health at risk.

In the case, the ACLU alleged on behalf of Tamesha Means that “she was denied appropriate medical treatment” by a Catholic hospital when she was not offered the option of an abortion after her condition resulted in a miscarriage, due to the USCCB-distributed directives.

The U.S. District Court for the Western District of Michigan Southern Division dismissed that suit June 30, ruling that it did not have jurisdiction over the USCCB.

The ACLU is appealing the decision.

ACLU: Catholic hospital should be forced to perform sterilizations