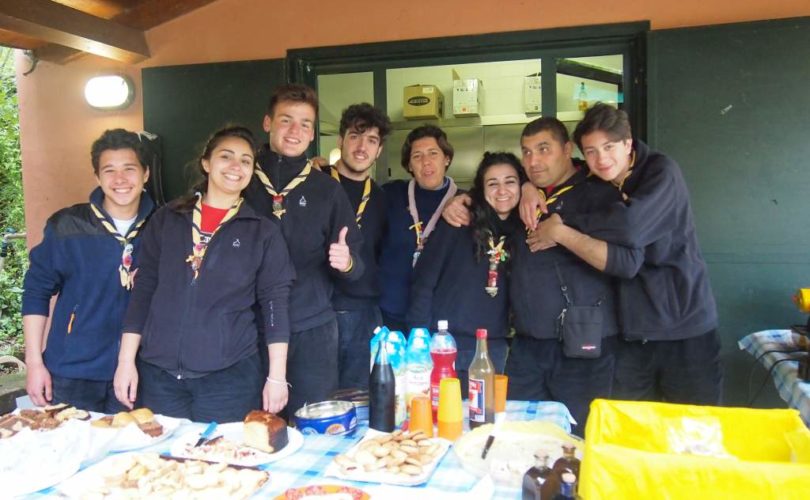 The Scouting organization has distanced itself from the document, and leaders have pledged to make better efforts to impart Catholic teaching to youth.agesci.org

A document produced by a gathering of Italian Catholic scouts and guides has called for the Church to “reconsider” its teaching on homosexuality, marriage, cohabitation, divorce, abortion and female ordination.

Scouts, the document said, must “be witnesses of genuine love and universal values ​​and carry forward non-discrimination and acceptance towards people of any sexual orientation.”

A “steering committee” of young members of the Italian Catholic Association of Guides and Scouts (Associazione Guide e Scouts Cattolici Italiani, AGSCI) produced the document at the AGSCI annual meeting this month in Pisa.

“The document drawn up by the boys is not in any way a manifesto of values which are recognized be the whole association,” said the leaders of the scouting organization.

The document, titled “Charter of Courage,” defines the family as “any group of relationships based on love and respect” and calls on Scouts not to discriminate “against people who have lived or are living experiences such as divorce or cohabitation.”

They also issued what appeared to be a thinly veiled demand for female ordination, a more “democratic” model of the Church, and for changes to the Church’s teaching on abortion.

The Church must “attribute to women and laymen a more active role within the Church,” and for bishops to be “open to listening to the ability of God’s people to express what they believe,” the document said.

They demanded that the “Bishops have faith in people’s consciousness, which arises from a Catholic awareness [mindset], especially in areas where they adopt positions that differ from the common feeling, such as [on] sexuality, the value of life and the role of women in the Church.”

In light of the “anti-homophobia bill” that is expected to come back to the Italian parliament after the summer break, the scouts also called for the state to “carry on non-discrimination policies and warmth towards people of any sexual orientation, because we all have the same right to love and be loved and that love is recognized legally in order to become a shared value.” They called upon the state “to facilitate” adoption by homosexuals both bureaucratically and financially.

The document also condemned “all forms of violence,” asking the government to “drastically reduce the funds allocated to military spending, because Italy is actually a country that rejects war.”

In the face of heavy criticism in Catholic media, the AGSCI leadership has moved to distance the organization from the document.

Antonio Brandi, a businessman and pro-life and family campaigner and publisher of Notizie Pro Vita, told LifeSiteNews that his organization had contacted the AGSCI leadership, who have disclaimed the document, saying it was created by a large committee at the August meeting in Pisa.

“I am delighted to tell you,” Brandi said, “that the leaders of the Scout have reacted very positively supporting the Church Doctrine and natural family.”

Despite the political sophistication of the document’s language, the AGSCI leadership insisted that it had been written by a steering committee made up of 400 scouts, aged no more than 16-20. That steering committee, they said, is “an organ that is not officially recognized by the association.”

“The document drawn up by the boys is not in any way a manifesto of values which are recognized be the whole association,” they said. The section of the document on “love,” they said, is “outside the limits of the founding principles of our association and of the doctrine of the Church,” and are a “‘distortion’ of the basic values ​​of the association.”

“We would like to reiterate firmly that we have no intention of educating our children in the delusional theories of gender or other similar follies of our age!” they said. “Our proposal is aimed only to educate, according to the authentic teachings of Christ.”

As heads of the organization, they said they “now have the serious responsibility to question seriously the content of the Charter,” and will take “concrete steps” with the scouts this autumn to begin to inculcate a genuine Catholic formation.