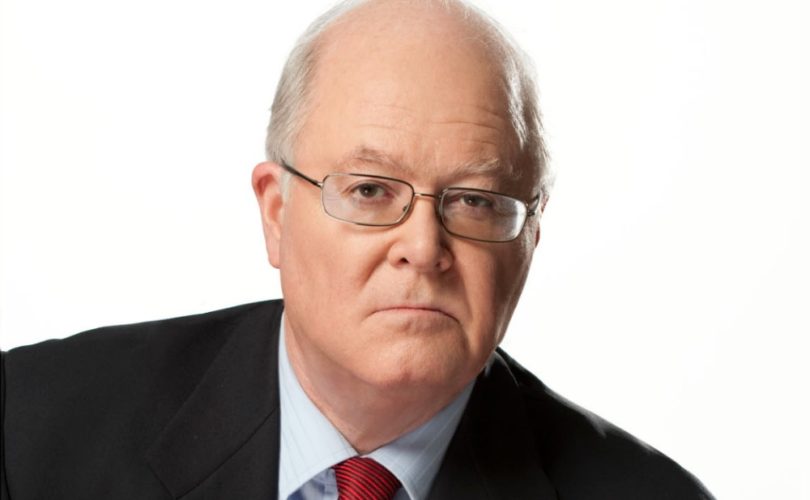 After initially defending the organizers’ decision to allow a homosexual group to march in the 2015 New York St. Patrick’s Day Parade, a leading Catholic group has announced it will not take part.

The Catholic League for Religious and Civil Rights (Catholic League) issued a statement this morning saying that for the first time in 20 years it will not march in next year’s parade.

It is the latest development in an ongoing controversy since parade organizers’ September 3 announcement that for the first time it would allow a homosexual activist group to march in the parade with a banner identifying itself.

“Prior to the announcement that a gay group would march under its own banner in the 2015 parade, I was consulted by parade organizers about their plans,” Donohue said.

Donohue explained that he told the parade committee he could only support the decision to allow the homosexual group to march if there were a formal revision in the parade's rules governing marching units.

“To be specific, I asked them to pledge that a pro-life Catholic group would also be permitted. I was told that a formal change in the rules had been approved and that a pro-life group would march,” said Donohue in his statement. “Now I am being told that the list of marching units is set and that no pro-life group will march in next year's parade. Accordingly, I have decided to withdraw our participation.”

Controversy has followed the parade for decades, with homosexual activists pushing for identifiable inclusion in the parade since the early 1990’s. For years parade organizers resisted a change allowing specific groups, and Church leaders were known for standing firm on Church teaching and supporting the parade committee’s decision to try and keep politics out of the parade.

The controversy has continued this year with the parade committee giving in to homosexual activist pressure to allow a homosexual group to march with its banner, and New York Cardinal Timothy Dolan saying he thought the decision was “wise” and agreeing to be the 2015 parade’s grand marshal.

Donohue said that he had been the most vocal defender of the parade’s rules for the past two decades, having insisted repeatedly that homosexuals have no more been banned from marching in the parade than have pro-life Catholics.

“Why?” asked Donohue. “Because the parade is not about gays or abortion, or anything other than St. Patrick.”

Donohue said there will be attempts to pit him against Cardinal Dolan resulting from the decision for the Catholic League to pull out of the parade, and called any suggestion that he is at odds with the cardinal “false” and “despicable.”

“Cardinal Dolan has no more rabid supporter than Bill Donohue,” he said. “And nothing that has transpired recently changes anything.”

Donohue stated his reasons for withdrawing from the parade have nothing to do with Cardinal Dolan or with homosexuals, rather it has to do with being betrayed by the parade committee.

After telling him one thing and then doing another, the parade committee included a homosexual group that is neither Catholic nor Irish while stiffing pro-life Catholics, Donohue said, calling this “stunning” and “indefensible.”

Cardinal Dolan’s handling of the parade has yielded widespread criticism from Catholic leaders.

“Next year there will be only one story-line of interest to the reporters who cover the annual parade in the world’s media capital: the triumph of the gay activists,” Catholic World News editor Phil Lawler wrote. “Photographers will be competing for the one 'money' shot: the picture of the contingent from [email protected] marching past the reviewing stand at St. Patrick’s Cathedral, under the benign smile of Cardinal Timothy Dolan.”