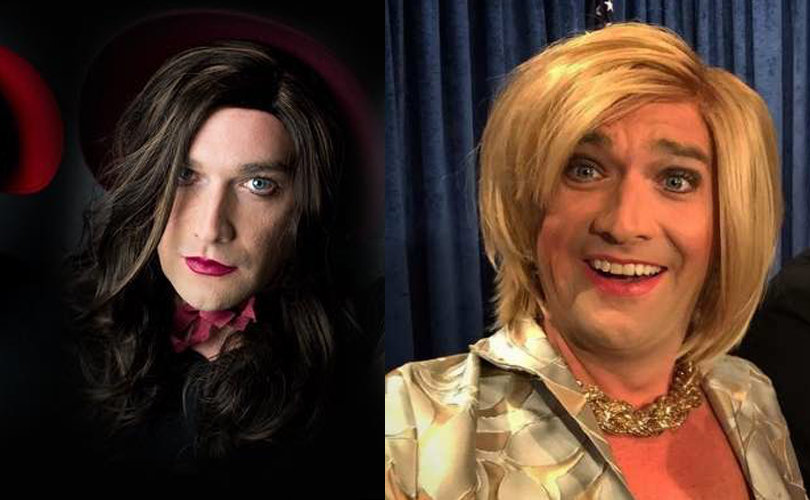 NEW YORK, June 14, 2017 (LifeSiteNews.com) – Leaders of “gay and lesbian ministries” in three parishes in the Archdiocese of New York openly flout the Church’s doctrines on sexual morality, LifeSiteNews has found. One is a homosexual drag queen who openly celebrates sodomy, another promotes Planned Parenthood fundraising events and lesbian pornography, while another is “married” to his same-sex partner.

The existence of such “ministries” in the New York archdiocese fit a pattern of tolerance of homosexualism among the clergy and laity that have led some to speculate that the archdiocese is controlled and manipulated by a “gay mafia” which Cardinal Timothy Dolan seems unable, or unwilling, to discipline.

At St. Francis De Sales parish, the “Gay Straight Catholic Alliance” urges people to “Come as you are” to the “gay, lesbian, bisexual, transgender, questioning/queer, and straight ally communities of St. Frances de Sales Parish on 96th Street,” according to its Facebook page.

The organization celebrates homosexual “marriage,” participates in “gay pride” marches, and has a Facebook page which features a photo of a male couple in bed with little boys.

The organization is led by one Jay Malsky, a homosexual drag queen performer who openly celebrates sodomy in obscenity-laden posts on his Twitter feed.

Malsky makes repeated references on his Twitter page (called “Earnest Gay Thoughts”) to personally engaging in public acts of “sauna sex” at his gym, an activity common among homosexuals who frequent bathhouses for anonymous encounters.

He has used social media to deride politicians and commentators who do not endorse the LGBT agenda.

Malsky once tweeted to Ivanka Trump: “You are not my friend. Go choke on a d**k” in response to her statement of support for her “LGBTQ friends and the LGBTQ Americans who have made immense contributions to our society and economy.” He has also made the infamous Trump beheading photo by Kathy Griffin into his Facebook cover image.

The Facebook page of the “Gay Straight Catholic Alliance” includes posts that show men kissing each on the lips and semi-nude in bed with one another.

One image, which is given no caption, shows two men in bed with two little boys, one of whom is embraced by one of the men. The image has been used in other publications to promote homosexual adoption, a practice also opposed by the Catholic Church. Another post asks, “Was Sodom really destroyed because it was a gay city?” The answer given is “no.”

LEARN: How one saint confronted bishops and popes to fight homosexuality in the priesthood

Another post shows a Hallmark card for the “marriage” of two men. Another promotes a campaign to legalize the “marriages” of 31 Australian homosexual couples whose unions had been voided.

'Gay and Lesbian Ministry' at St. Francis of Assisi parish

A second New York City parish, St. Francis of Assisi on West 31st St. in Manhattan, has organized a “Gay and Lesbian Ministry” that also flouts the Catholic Church’s doctrines on sexual morality.

The group is led by Meredith Dean Augustin, a performer who sings religious music professionally (and for years has been a singer at the Los Angeles Religious Education Congress), but who also promotes lesbian sexual acts and Planned Parenthood fundraisers on her Facebook page.

Earlier this year, Augustin used her Facebook page to promote the Planned Parenthood fundraising event, “Winter Cocktails for Planned Parenthood.” She wrote about the abortion giant: “I adore this place. You will too. They help rock my life,” followed by a heart symbol.

Augustin has another post (WARNING: link contains pornographic image) showing two naked lesbians in bed embracing each other sexually, with the caption, “The 22 diseases you can heal with passionate sex.” Augustin writes above it, “In case you were wondering….” followed by a heart symbol, and the hashtags #sexheals, #justdoit, and “#urwelcome.

Augustin’s “Gay and Lesbian Ministry” hosted a “Cinco de Mayo” party in May of this year at a New York gay bar called “Therapy NYC,” which features naked dancers and drag shows.

On the “Gay and Lesbian Ministry” Facebook page, readers are informed of the group’s “United in Love Weekend,” in which the St. Francis of Assisi parish church is adorned with LGBT rainbow banners.

Members of the “Gay and Lesbian Ministry” do volunteer work for the Ali Forney Center, which is named after an adolescent drug addict whose career as a petty criminal and transvestite prostitute led to his admission to a group home at age 13, and ultimately his decision to live in the streets, where he was finally shot in the head at age 23. At the time of his death, he was still engaged in prostitution. The Center offers shelter to teens who identify as “LGBTQ” and seeks to give them “pride and security in their LGBTQ identities,” even going so far as to provide them with transsexual “hormone therapy” as well as contraception.

The parish’s “gay fellowship” is led by a man named John Gasdaska who “married” his same-sex partner in an Episcopal church in 2016, an event that was celebrated openly by the parish. The pastor of Blessed Sacrament, Fr. John Duffell, is a friend of Lady Gaga who has reportedly counseled seminary candidates to lie about their same-sex attraction to get into seminaries.

The Catholic Church condemns all forms of sexual behavior outside of natural sexual intercourse between a man and a woman united in marriage. The Catechism of the Catholic Church states: “Basing itself on Sacred Scripture, which presents homosexual acts as acts of grave depravity, tradition has always declared that ‘homosexual acts are intrinsically disordered.’ They are contrary to the natural law. They close the sexual act to the gift of life. They do not proceed from a genuine affective and sexual complementarity. Under no circumstances can they be approved.”

The Church warns that those who die unrepentant of grave sexual sin risk losing eternal life.

Catholic activist Joseph Sciambra uncovered much of the material in this article. Read his blog post on the issue here.