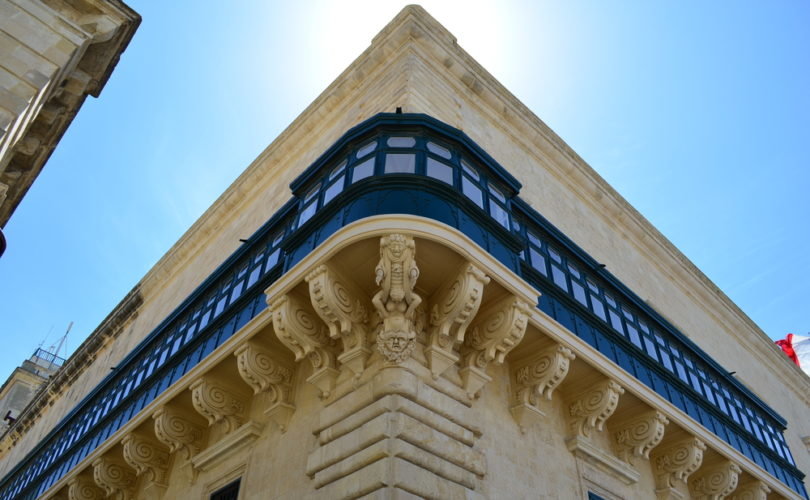 Balcony of the Grandmaster Palace in Valletta, which houses the Maltese Parliament.Shutterstock

An amendment to Malta’s Employment and Industrial Relations Act means that employment “discrimination” against “transsexuals” is now officially prohibited in the Catholic country. The provision, which was quietly passed in May, came into effect on August 12.

The law allows those who believe they have a complaint to make a case with the National Commission for the Promotion of Equality, with an industrial tribunal or the courts. A government spokesman told local media, “Employees do not need to prove that their employer has discriminated against them.”

The amendment defines illegal discrimination against “transgendered” people as, “in so far as the ground of sex is concerned, any less favourable treatment of a person who underwent or is undergoing gender reassignment, which, for the purpose of those regulations shall mean, where a person is considering or intends to undergo, or is undergoing, a process, or part of a process, for the purposes of reassigning the person’s sex by changing physiological or other attributes of sex.”

“This amendment is continuing the government’s equality mainstreaming exercise. The inclusion of gender reassignment in the Act also brings it in line with the anti-discrimination articles found in both Malta’s Constitution and the Equality for Men and Woman Act,” Agius said.

Agius is a key member of the homosexual activist apparatus in Malta’s government working to entrench the ideology of gender in law in Malta and elsewhere. In June, he was a featured speaker, with the notorious British anti-Catholic campaigner Peter Tatchell, at a Glasgow conference organized by the Edinburgh-based Equality Network, a group that helps organize and train homosexualist campaign groups.

The amendment to the law follows promises made recently by the country’s equalities minister, Helena Dalli, to a “transgender” congress in Hungary in May. Dalli, who brought forward Malta’s recently passed same-sex civil unions bill, told a meeting of gender activists in Budapest that while her government’s focus had been mainly on homosexuals, that she would shortly be turning her attention to “trans” people.

“The next step now is a Bill towards the enactment of a Gender Identity law. A draft bill has been prepared and it has now been passed to the LGBTI Consultative Council for its vetting and amendment as necessary,” Dalli said.

“Some of you may be thinking that we are moving forward quickly. I have a different perspective though. We are doing what is right, what should have been done a long time ago,” she added.

Since the legalization of divorce in 2011, Malta has been remarkable for its rapid adoption of the gender ideology’s agenda. In 2013, Malta was named the “fastest climber” on the Rainbow Europe Index, a survey organized annually by ILGA Europe, the leading homosexualist lobby group funded directly by the European Union.

The ILGA Europe report notes (p. 114) that Helena Dalli “was one of 11 EU Member States’ equality ministers to co-sign a call for the European Commission to work on a comprehensive EU policy for LGBT equality.” The report also noted that although the new Labour government has proved cooperative, the Christian Democrat Nationalist Party has “progressively proved more receptive to LGBTI issues, including same-sex unions.”