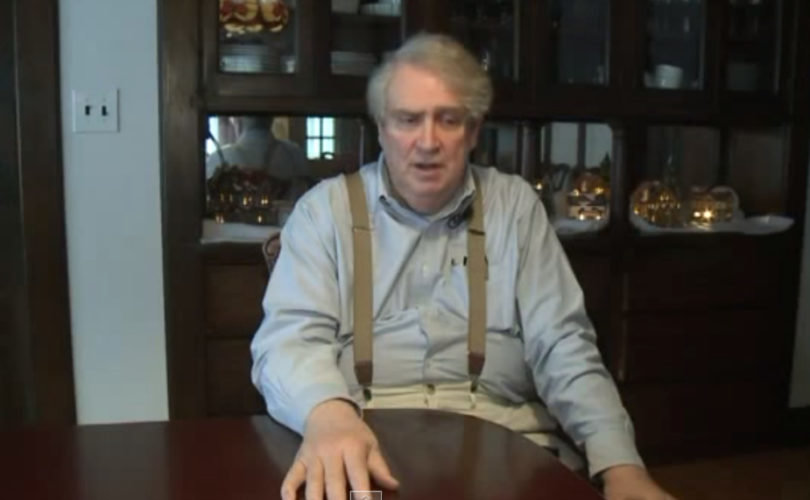 Catholic Marquette University has begun proceedings to fire a tenured professor who was suspended in December after he criticized on his personal blog an instructor at the University who had labeled a student who was defending traditional marriage in her class as “homophobic.”

Doctor John McAdams, professor of political science at the Jesuit university, was also banned from campus and forced to undergo formal administrative investigation in December.

The controversy arose after the pro-traditional marriage student told The College Fix about how MU philosophy instructor Cheryl Abbate told her “Theory of Ethics” class that “gay rights” was a settled issue. When the student fought back, she allegedly invited him to drop the class, telling him, “In this class, homophobic comments, racist comments, will not be tolerated.”

McAdams then chimed in about the incident on his own blog, critizing Abbate and the university itself. “Like the rest of academia,” McAdams wrote, “Marquette is less and less a real university. And when gay marriage cannot be discussed, certainly not a Catholic university.”

Now Marquette President Michael Lovell has said that the university’s action against McAdams has “everything to do with our Guiding Values and expectations of conduct toward each other and nothing to do with academic freedom, freedom of speech, or same-sex marriage,” on the school’s Facebook page.

“We must always remember that academic freedom must be grounded in integrity, be accurate at all times and show respect for others’ opinions,” Lovell said. “When these standards are not met, the power of tenure can abuse and silence our students – the very minds we are seeking to cultivate, grow and ultimately transform.”

In a letter to McAdams, Dean Richard Holz said that McAdams was being fired because he “chose to shame and intimidate (the graduate student) with an Internet story that was incompetent, inaccurate, and lacking in integrity, respect for other’s opinions, and appropriate restraint,” according to College Fix.

McAdams has rebutted the dean on his blog, saying the letter to him from the dean is “full of poor arguments and factual misstatements.”

“In real universities, administrators understand (or more likely grudgingly accept) that faculty will say controversial things, will criticize them and each other, and that people will complain about it,” McAdams wrote. “They understand that putting up with the complaints is part of the job, and assuaging those who complain the loudest is not the best policy.”

“That sort of university is becoming rarer and rarer,” said McAdams. “Based on (Dean) Holz’ actions, Marquette is certainly not such a place.’

McAdams is vowing to fight the firing.

“We will indeed fight this,” he said his blog. “We have excellent legal counsel, and most certainly will not go quietly.”

Over the years McAdams has also exposed other instances of Catholic identity abuse at Marquette. He recently blogged about concerns over the Catholic university’s definition of social justice, saying that it doesn’t include opposition to abortion and homosexual “marriage.”

Marquette University employees were told a recent training seminar to report their colleagues for harassment if they spoke openly against same-sex “marriage.”

There have long been concerns about Marquette’s Catholic identity for various reasons, including the hiring of pro-abortion, pro-homosexual and pro-euthanasia faculty, LGBTQ Masses, faculty clergy dissenting from Church teaching, and faculty censure of the U.S. Bishops for their opposition to the HHS Mandate,

“Thought-control has been a hazard in the academic milieu for quite some time,” Kainz said. “But now, with the arrival of political correctness, it is becoming more pronounced and explicit, and shameful, especially at a university claiming to be Catholic.”

Negative reaction to Catholic faith at Marquette is no surprise: former prof

Pro-family prof still banned from Marquette, but gets support from surprising corner