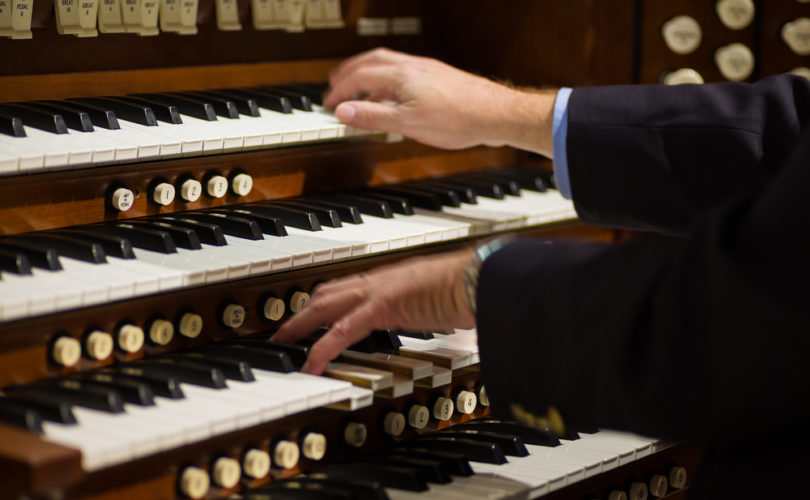 A music director at a Chicago Catholic parish was fired Monday after the pastor learned he had become “engaged” to his male partner.

Colin Collette says his partner asked him to “marry” him in front of St. Peter's Basilica on a trip to Rome last week. On Sunday, after Collette directed the music at Holy Family Catholic Church, Father Terry Keehan asked Collette to resign. He refused, and was subsequently fired on Monday morning.

Collete told the Chicago Sun-Times that he believes Keehan was pressured by Cardinal Francis George. The 23-year employee says Keehan was aware of Collette's sexuality, had gone to dinner with Collette and his partner Will Nifong, and supported Collette when his mother passed away. According to Collette, someone sent Cardinal George a Facebook picture of himself and Nifong, precipitating the firing.

In a public statement provided to LifeSiteNews, Archdiocese spokesperson Susan Burritt acknowledged the archdiocese’s involvement, but would not give details. “The decision by the pastor of Holy Family was made with the knowledge of the Archdiocese and in consultation with the Archdiocese; however, we do not comment on or discuss an individual’s personnel issues,” she said.

Collette has since declared that he told Keehan, “I didn’t do anything wrong.”

“I said, ‘I’m not going to resign. God brought me to this moment and God is saying this is why I created you. You are here to live and love,’” Collette told the Chicago Sun-Times.

However, the archdiocese maintains that people involved in Church ministries are duty-bound to adhere to Church teaching in public.

Collette is one of many homosexuals whose public declaration of “engagement” or “marriage” to someone of the same sex has resulted in firings from Catholic churches. In July, Colleen Simon sued the Diocese of Kansas City — St. Joseph after she was fired from her position as director of social concerns. A local publication had highlighted Simon's relationship — including a same-sex “marriage” in Iowa — with Lutheran pastor Donna Simon, which brought the couple to the attention of Bishop Robert Finn. Finn subsequently told Simon's pastor to fire her, which he did.

Also in July, a former teacher at Mount de Sales Academy in Macon, Georgia, filed a complaint after his contract was not renewed when the school found out about his homosexual relationship. The teacher, Flint Dollar, has hired a lawyer who is calling the situation “gender discrimination.” Dollar has said he is working to change federal discrimination laws, though his lawyer believes “gender discrimination” claims will be enough for his client to win a lawsuit.

In June, a volunteer at a church in Michigan was disallowed from serving his parish because of his “marriage” to his partner. Bob Brown had been a member of St. Michael's Catholic Church in Marquette, Michigan, for eight years before “marrying” his partner. He was subsequently banned from sitting on the pastoral council or engaging in other service to the parish, though it was clarified that he is welcome to attend the church.

A former vice principal in Washington State has also sued the archbishop of Seattle and the school at which he was employed after he was forced to resign because of his “marriage” to his male partner.

The Catechism of the Catholic Church states that “homosexual persons are called to chastity,” and that “tradition has always declared that 'homosexual acts are intrinsically disordered.'”