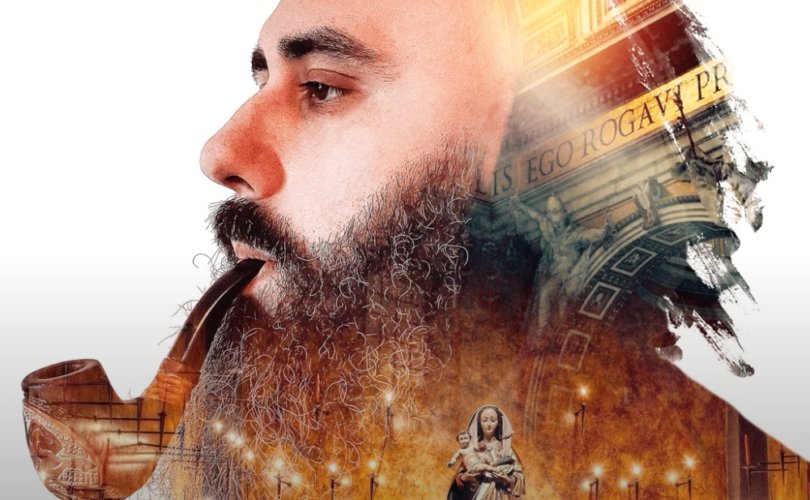 (LifeSiteNews) – A Catholic musician has released a new rap album entitled Traditionis, a unique offering to the Christian Rap genre, which is usually dominated by non-Catholic artists.

Messed around and came up with this. Rap song I wrote called long live the patriarchy! #catholictwitter pic.twitter.com/3Fjk6epD8J

Fawaz Yasi who produces under the stage name “E-Knock” officially released the album on April 19.

Friends my album Traditionis is out today on all major digital stream/stores. Traditionis is a traditional Catholic Rap/R&B album. With lead single “Die For This”

Check out the linktree to access the full album. https://t.co/8p0ZJTH0pdhttps://t.co/LDPENG2isv

The themes of Traditionis’ tracks cover everything from dying for your faith in an age of apostacy to traditional marital roles.

In an exclusive interview with LifeSiteNews, Yasi explained the inspiration behind his music, and how as a Catholic he approaches a genre of music often associated with immorality.

“Since rap is syncopated music, which means it does not follow the proper order of music like classical or chant, … it can be enjoyed in moderation,” he said via email.

“Rap music or any form of music should be avoided if the content violates the principle of the Integral Good. If the content of the song is immodest or blasphemous, then it must be turned off immediately.”

Yasi said that he and his brother “started rapping around the eighth grade, which was during what most call the golden era of rap music, the mid-90s.”

“It was not until the mid-00’s when we finally decided to record music. We had put out a secular album but towards the end of that project we had our reversion back to the faith, which is when we decided to dedicate all future projects to our Lord,” he wrote.

Yasi said he and his brother took a break from making music after he became a father in 2013. In 2021, after almost a decade away from music production, he “decided to make another album, and six months later Traditionis was created.”

He writes all his lyrics, melodies, hooks and song structures, and works with “various go-to producers” who fit his style.

“The general theme of the album is tradition,” Yasi said. “I decided to title the album Traditionis. Not only does the album display the authentic traditional Catholic faith, but it also crosses over to the natural law, the traditional understanding of marriage and family.”

One of the reasons he got back into making music was because he noticed how many Catholics enjoyed wholesome and musical rap music, but there was no real option for them.

“Then I realized how many of folks at different ages still enjoyed listening to rap but had to settle for pagan secular artists that opposed the faith,” he explained.

“That was the moment I decided I need to create an authentic traditional Catholic rap album that can be played for the whole family without parents worrying.”

In addition to creating music, Yasi has a large following on Instagram where he posts under the name “holy40project” which is “a project that was dedicated in helping folks eradicate their vices and grow in the opposite virtue.” The project has the blessing of exorcist Father Chad Ripperger.

As an extension of that project, Yasi makes comical videos called “TradCatSkits” that promote virtue.