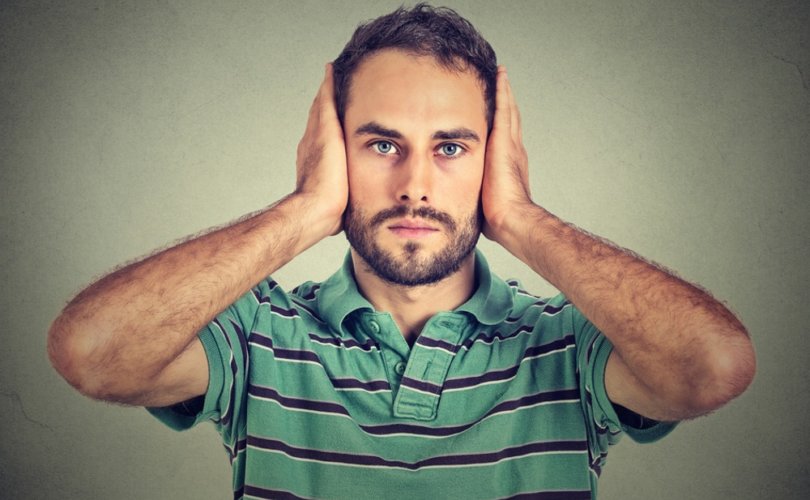 KANSAS CITY, Missouri, August 11, 2017 (LifeSiteNews) — An “alternative” Catholic news service in the U.S. that has fought Catholic sexual morality for decades is saying that under Pope Francis’ “new culture of encounter in the church” the time is ripe for a change.

The paper, which continues to identify itself as a “Catholic” despite a longstanding condemnation by the local bishop, published the editorial on August 9.

The editorial begins by praising Jesuit Fr. James Martin for beginning a dialogue about “the inclusion of LGBT Catholics in the church” with his pro-homosexual book Building a Bridge. But, it quickly switches gears by arguing that dialogue alone is not “enough.”

“Can dialogue be enough to achieve a truly inclusive church? Without a change in the church’s teaching on sex and sexuality, can LGBT people ever hope to be treated with equality and justice by the hierarchy?” the article states.

The NCR editorial then slams the Church for teaching that procreation is inherently linked to the morality of the conjugal act.

“Today, the procreative norm is one of the fundamental reasons the church remains opposed to same-sex relationships. But, in reality, this doctrine has far-reaching consequences for all Catholics, regardless of sexual orientation or gender identity,” the article states.

“The institutional church’s vocal objections to same-sex marriage often mask the fact that church teaching is fundamentally opposed to sexual acts that a majority of human beings participate in. The church condemns any sex acts — including those engaged in by married couples — that do not respect the procreative norm. Therefore, in reality, few Catholics ever live up to the church’s moral norms governing sexual activity,” it adds.

“This work has largely been stalled by the hierarchy’s unwillingness to loosen its rigid interpretation of millennia-old ideas about natural law and the procreation norm,” the article stated.

Basing itself on the revealed Word of God, the Catholic Church has never wavered in her constant teaching that God morally ordered the sexual act to take place between one man and one woman joined together in marriage. This teaching is rooted in Genesis, reaffirmed by Jesus Christ in the Gospels, and ratified time and again by official Church teaching throughout the ages.

This is only the most recent in a long list of calls from NCR for the Church to change her sexual morality.

Just three years after its founding in 1964, the NCR skyrocketed to fame after being leaked and publishing the Majority Report from the Pontifical Commission on Birth Control, an internal document that stated that the Church should approve artificial birth control. When Paul VI released Humanae Vitae in 1968 that affirmed previous Church teaching in condemning contraception as evil, the NCR issued an editorial criticizing the decision. It has not looked back since.

Their local bishops have repeatedly condemned the news service, asking it to remove “Catholic” from its name, to no avail. And in the mean time, the paper has been legitimized by receiving press credentials at the U.S. Conference of Catholic Bishops and the Vatican, and through frequent interviews with influential bishops and cardinals.

Four years ago then-Kansas City Bishop Robert Finn unsuccessfully ordered the dissident news service to cease calling itself “Catholic.” The bishop underscored how the news service maintained a persistent hostility to foundational Catholic teachings while determinedly promoting dissident theologians. Some of these would include Fr. Charles Curran and Mercy Sr. Margaret Farley.

Bishop Finn went on to list some of the editorial positions taken by NCR that reject outright official Catholic Church teaching. These included promoting the “ordination of women, insistent undermining of Church teaching on artificial contraception and sexual morality in general, lionizing dissident theologies while rejecting established Magisterial teaching, and a litany of other issues.”

Under the pontificate of Pope Francis, the National Catholic Reporter has interestingly become an outspoken promoter of his agenda for the Catholic Church. It uses its media platform to amplify the voices of influential and high-ranking prelates who champion the ‘Francis effect’ in the Church.

While Colorado Bishop Michael Sheridan called the NCR in 2013 “an embarrassment to the Catholic Church,” numerous high-ranking prelates give them exclusive interviews about Pope Francis’ agenda for the Church.

Such high-ranking prelates include, but are not limited to, Chicago Cardinal Blase Cupich, Cardinal Joseph Tobin, Cardinal Kevin Farrell, and San Diego Bishop Robert McElroy. Other influential clergy connected to the Vatican, such as consultant Fr. Thomas Rosica of the Canadian-based Salt and Light Media, frequently post NCR content on their social media accounts.