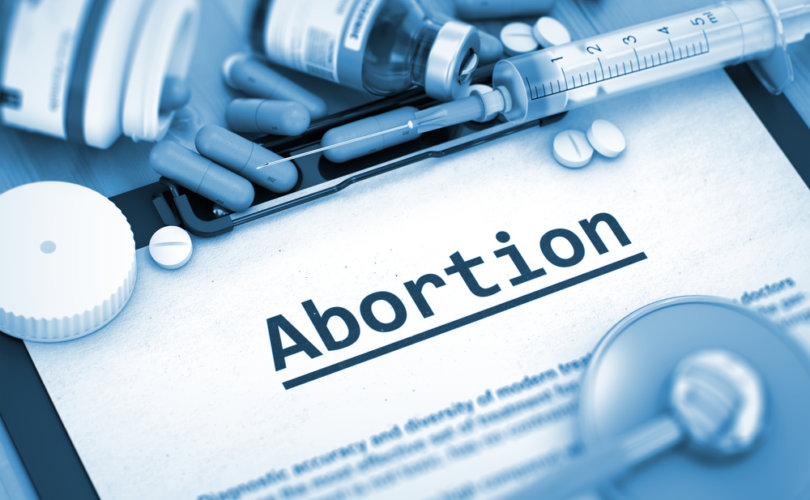 July 25, 2018, (LifeSiteNews) – The editorial staff of a national 'Catholic' newsweekly has published a piece arguing against overturning the 1973 U.S. abortion ruling Roe v Wade while stating that a woman's decision to abort should be supported.

“No matter where one falls on this issue, one thing must be kept in mind: Criminalizing abortion will not stop the procedure from occurring,” suggests the National Catholic Reporter (NCR) editorial.

“Criminalizing abortion is not the answer,” it adds later.

Over 60 million babies have been aborted since the ruling.

The Catholic Church teaches that abortion is a “moral evil” and against God’s commandment not to murder.

“Since the first century the Church has affirmed the moral evil of every procured abortion. This teaching has not changed and remains unchangeable. Direct abortion, that is to say, abortion willed either as an end or a means, is gravely contrary to the moral law,” states the Catechism of the Catholic Church.

In the July 20 opinion piece titled, Supporting women is key to pro-life agenda, NCR editors reject being pro-life — and therefore anti-abortion — as the only legitimate Christian position.

“The question of abortion cannot be solved with legislation. We must first trust this question to those who know best the unique circumstances of these situations — we must trust the individual women. And we must stand ready to support them in the decisions they make,” the editorial states.

The editorial calls abortion “complicated” as it muddies the waters, deflecting attention away from the supreme significance of the humanity of unborn children.

And it's a political issue in which there is slim hope for common ground. At the far reaches of one side, activists would like to see it become legally impossible for abortion to be an option in any situation. The other side fights for unfettered access to the procedure for all women.

It’s clear with which end of that spectrum NCR tends to align itself.  The editorial continues:

To suggest that overturning Roe and returning abortion to the state legislatures is an answer to this question is either hopelessly naive or dismissive of the current political climate.

Pro-life leaders have noted the weak foundation and nonconstitutional nature of Roe v. Wade, as well as the havoc it has wreaked on the nation as a whole.

NCR editors suggest that the most important way to reduce the number of abortions is to avoid unwanted pregnancies through birth control:

The first course of action is to reduce the number of unintended pregnancies. That means access to, education about and support for birth control. Under the Patient Protection and Affordable Care Act of 2010, insurers must cover prescription contraceptives, and researchers at the Guttmacher Institute — which advocates for abortion rights and whose data are well-regarded — cite the Affordable Care Act law in explaining a drop in the number of abortions between 2011 and 2014. Preserving access to contraception in health insurance plans and government programs must be a priority for all.

“It is clear beyond a reasonable doubt that the increased use of contraception has also increased abortion,” said Catholic author Mary Eberstadt at a Catholic University of America symposium commemorating the 50th anniversary of Humanae Vitae earlier this year.  “Fifty years ago, many people of good will defended contraception precisely because they thought it would render abortion obsolete.  But the statistical record since the 1960s shows this commonly held logic to be wrong.”

“During the past several decades, studies have emanated from the social sciences trying to explain what secular wisdom regards as a puzzling fact,” continued Eberstadt. “Far from preventing abortion and unplanned pregnancies, contraception’s effects ran quite the other way.  Rates of contraception usage, abortion, and out-of-wedlock births all exploded simultaneously.”