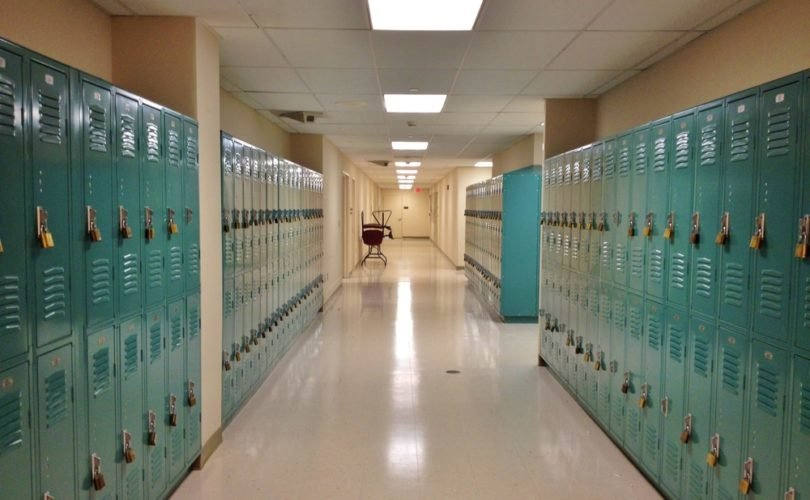 A Michigan congregation of religious sisters is reviewing its employment policies in response to the furor over a pregnant homosexual woman’s firing from a Detroit-area Catholic high school founded by the order.

Protests, a petition, website and Facebook page have all followed the recent exit of Barb Webb from her position at Marian High School in Bloomfield Hills, after her revelation to the school’s administration that she became pregnant by “non-traditional means.”

The all-girls prep school was founded in 1959 by the Sisters, Servant of the Immaculate Heart of Mary (IHM), which also sponsors the school.

“These are challenging times and times in which we feel that God's Spirit is working with us, encouraging us to respond to the signs of the times in new ways,” said Sister Mary Jane Herb, IHM president and former Marian High teacher and principal, in a September 22 letter to the Marian High School community.

“We want to make sure the gospel values and our values are lived out at the school,” Sister Herb told the Detroit Free Press. “How do we respond in a way that's pastoral and sensitive, yet still faithful to Catholic identity and, in our case, the IHM values? How do we lovingly challenge our church?”

The IHM’s are reviewing their policies to “reflect the nuns’ views of tolerance and inclusion,” and Sister Herb was scheduled to meet with Marian High School administrators for a discussion October 1.

“Pope Francis certainly gives us an open door when he said, ‘Who am I to judge?’” she said.

Webb is reported to have told the school’s administration she was pregnant before the start of the school year and offered to take a leave of absence.

She told the Detroit Free Press she was given the choice by the school between resigning with health insurance, but without pay and benefits, continuing through the spring semester and not discussing what happened, or be fired.

She said her termination letter didn’t give a reason, but that previous communication with school administrators indicated the issue pertained to a morality clause governing public conduct that is contradictory to the Catholic faith.

“Their $4k of health insurance wasn't enough to buy my silence,” Webb said in an August 27 post on her Facebook page.

“It is part of Marian's mission to educate women about human diversity and in this have really missed out on a true life opportunity to set an example,” she said. “Instead they are only perpetuating hate. Well I ask that those of you that are in a position to and feel a call to action in the face of injustice, stand up for change.”

“My job can't be saved but the torment that the poor LGBT students at Marian must be feeling (right let's be real they exist too) the other LGBT staff (again let's be real people) and those that are silenced by fear can be helped.”

Since Marian High School is overseen by the IHM sisters, the code of conduct for the Archdiocese of Detroit does not necessarily apply.

She also invoked Pope Francis numerous times in her letter and media interviews.

In her letter, she included a statement by Jesuit Father James Martin on Pope Francis’ apostolic exhortation, The Joy of the Gospel. “Pope Francis is challenging himself–and us–with three questions, each of which flows naturally from the other: First, Why not look at things from a new perspective? Second, why not be open to doing things in a new way? And third, Why not have a new vision for the church?” the priest said.

“Pope Francis has brought a sense of hope to our lives and encourages us to look at our Church with new eyes,” said Sister Herb. “No, it is not likely that doctrine will change; however the Pope emphasizes that the values of mercy, inclusion and compassion need to be included in our response to complex situations.”

Asked whether a practicing homosexual who becomes pregnant would be allowed to keep their job at IHM institutions in the future, Sister Herb told the Detroit Free Press, “I think the process we’ve set forth will allow us to look at issues such as that with new eyes.”