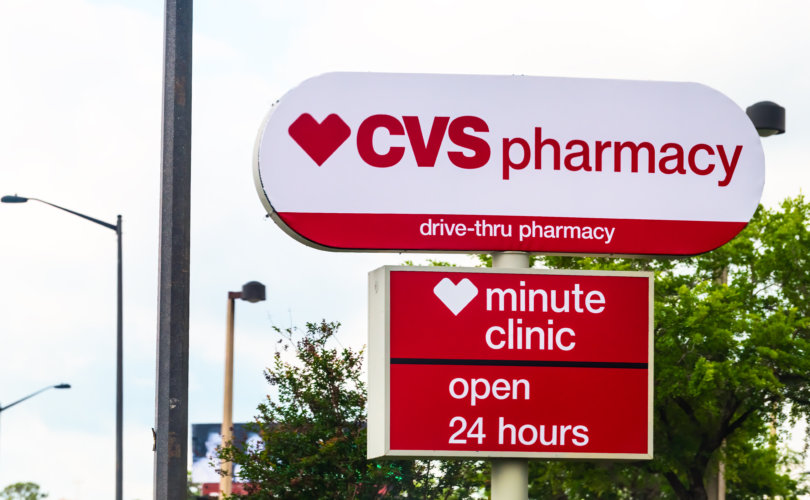 PRINCE WILLIAM COUNTY, Virginia (LifeSiteNews) – A Catholic nurse practitioner filed a lawsuit against pharmacy chain CVS after it allegedly fired her for refusing to violate her religious beliefs when it came to abortifacient drugs.

The August 31 lawsuit from Paige Casey, filed in the Circuit Court of Prince William County, accuses CVS of reneging on an agreement not to require her to dispense abortifacient drugs, such as Plan B.

For three years, CVS accommodated her request because “as a practicing Roman Catholic she is prohibited from prescribing or facilitating the use of a drug or device that prevents or can prevent implantation of a fertilized egg.”

The lawsuit states that there were “no complaints from co-workers, patients, or supervisors while her accommodation was in place or at any time during her employment with.”

However, in August 2021, “CVS announced in a townhall meeting that they would no longer accommodate employees with religious convictions against prescribing abortifacients, hormonal contraceptives, and other forms of birth control that can cause abortions,” and as a result Casey had to submit more information on her religious beliefs.

The lawsuit alleges CVS violated the state’s conscience laws. She is being represented by Alliance Defending Freedom (ADF).

“Corporations like CVS cannot defy the law by firing professionals who want to work consistently with their faith,” ADF Senior Counsel Denise Harle said in a statement. “Paige had a spotless record of caring for patients, yet CVS decided to abruptly fire her solely because of her religious belief that life begins at conception. Virginia law protects the freedom of everyone to work without fear of being fired for their religious beliefs prohibiting participation in abortion.”

A CVS spokesman defended the firing in an email to LifeSiteNews on Thursday.

“We have a well-defined process in place for employees to request and be granted a reasonable accommodation due to their religious beliefs, which in some cases can be an exemption from performing certain job functions,” Mike DeAngelis wrote in his email. “It is not possible, however, to grant an accommodation that exempts an employee from performing the essential functions of their job.”

“As we continue to enhance our MinuteClinic services, educating and treating patients regarding sexual health matters – including pregnancy prevention, sexually transmitted infection prevention, screening and treatment, and safer sex practices – have become essential job functions of our providers and nurses,” he wrote. “We cannot grant exemptions from these essential MinuteClinic functions.”