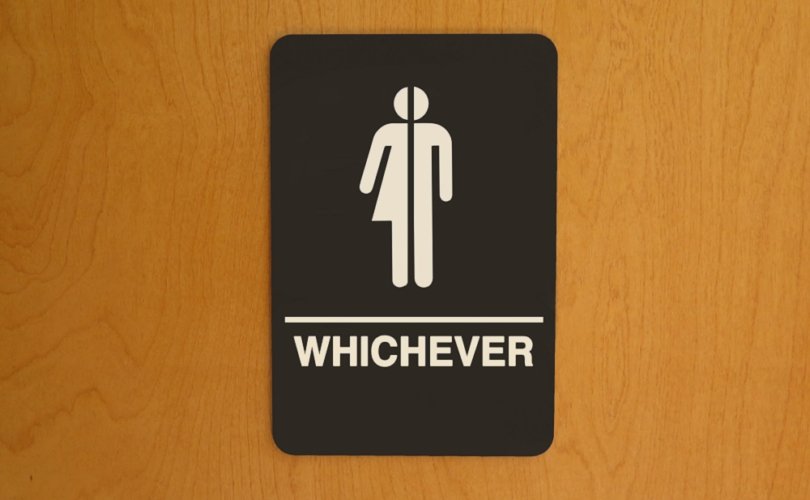 VISALIA, California, August 22, 2019 (LifeSiteNews) — A Catholic parish in California gave parents the option to register their children as “gender neutral” when signing them up for faith formation classes.

Good Shepherd Catholic Parish in Visalia, California, whose pastor was recently put on administrative leave over sexual assault allegations, allowed parents to select “male,” “female,” or “gender neutral” when signing up their children online for classes ranging from First Communion to Confirmation to general catechism. The parish is located in the Diocese of Fresno.

When LifeSiteNews contacted the parish and diocese for comment about the sign-up form, the “gender neutral” option was suddenly removed.

Fresno bishop Joseph Brennan’s secretary told LifeSiteNews that Thursday is the bishop’s day off. “I will forward your message and he can respond to you at his earliest convenience,” she told LifeSiteNews via email.

Parishioner complained, was told nothing would change

When Salvador Monzon, a member of the parish, first learned about this, “I told myself there is no way this can be true,” he told LifeSiteNews.

Monzon decided to register his daughter for a confirmation class to see if the “gender neutral” option was there.

“I went on the website, and sure enough, there it was. Oh, I could not believe this, and I was angered by it, and rightly so,” he said.

Monzon contacted the parish and spoke with a catechetical director to express his concerns and was told that nothing would change.

“She said that there was nothing they can do about it and it was going to stay. And, of course, I tried to explain what the Church’s teaching is on the issue, but she would not have any of it.”

The Catholic Church teaches that God creates the human person as “male and female.”

In the Bible, Genesis 1:27 states, “And God created man to his own image: to the image of God he created him: male and female he created them.”

The Catechism of the Catholic Church explains: “Man and woman have been created, which is to say, willed by God: on the one hand, in perfect equality as human persons; on the other, in their respective beings as man and woman. ‘Being man’ or ‘being woman’ is a reality which is good and willed by God” (CCC 369).

In their recent Declaration of Catholic Truths, prominent prelates within the Church, including Cardinal Raymond Burke and Bishop Athanasius Schneider, called it a “rebellion” to go “against natural and Divine law” regarding the male-female binary.

“The male and female sexes, man and woman, are biological realities created by the wise will of God (see Gen. 1:27; Catechism of the Catholic Church, 369). It is, therefore, a rebellion against natural and Divine law and a grave sin that a man may attempt to become a woman by mutilating himself, or even by simply declaring himself to be such, or that a woman may in like manner attempt to become a man, or to hold that the civil authority has the duty or the right to act as if such things were or may be possible and legitimate (see Catechism of the Catholic Church, 2297).”

Gender confusion is not isolated to Good Shepherd Catholic Parish, but appears to be a problem in the diocese at large.

In October 2018, an LGBT workshop, “Becoming a Welcoming Parish to LGBTQ Persons,” was organized at a diocesan conference, according to a report by Church Militant. Although the event was ultimately canceled, the organizer, John Prandini, is still the director of ministries at the St. Paul Newman Center, a parish that ministers to college Catholics. Prandini's bio states, according to Church Militant, that he “established the first diocesan LGBTQ Catholic Ministry in 2015 at St. Paul Catholic Newman Center.”

The previous bishop of Fresno was Bishop Armando Ochoa, who retired last March. When Ochoa was the bishop of El Paso, Texas, he removed a priest from his assignment for publishing four opinion pieces urging Catholics not to support same-sex “marriage” and explaining the teachings of the church on homosexuality. Bishop Ochoa said the priest’s “intervention” in the political process “is not permitted under Section 501 of the Internal Revenue Code.”

Bishop Joseph Brennan was installed as the new bishop of Fresno on May 2. Currently, eight priests are on administrative leave pending investigations into sexual abuse allegations, one of whom is the previous pastor of Good Shepherd, Fr. Eric Swearingen. Fr. Swearingen was put on paid administrative leave on June 10 due to a “civil case dating back to 2009,” according to a diocesan press release.