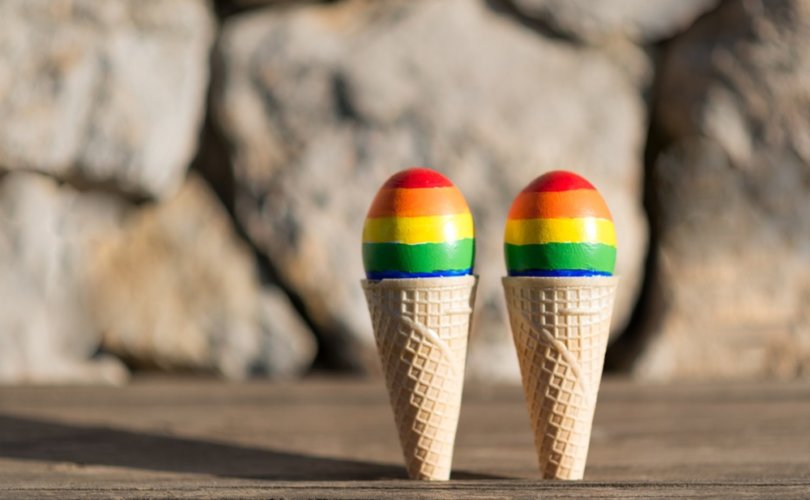 WHITE ROCK, British Columbia, June 2, 2020 (LifeSiteNews) — An adjudicator has ruled that a Canadian Catholic church must now face a human rights hearing for refusing to allow an LGBT “Pride” group to hold a fundraising event at its parish hall last year, according to a May 28 Blacklock’s Reporter report.

In March of 2019, the Star of the Sea Catholic Church in White Rock British Columbia refused an application from the White Rock Pride Society to host a “Love Is Love” ”Pride Week” fundraiser at the church’s parish hall, which is located next to the church.

As a result, the White Rock Pride Society filed a complaint to the B.C. Human Rights Tribunal in June 2019, saying the church “singled out” the group as not welcome to use the church space, despite other groups being allowed to use it.

“In doing so … the parish damaged the inherent dignity, feelings and self-respect of the pride society's members, who identify as part of and support the LGBTQ+ community,” said the society president, Ernie Klassen, in a June 2019 CBC report.

Kathleen Smith, an adjudicator for the B.C. Human Rights Tribunal, said she decided that a full hearing is needed to resolve the dispute in her May 26 ruling.

“There are significant facts and issues in dispute. The case is complicated however by the fact the parish makes a part of its space available to those outside of its Catholic community,” said Smith according to the Blacklock’s report.

“I agree with the Society that a determination about reasonable accommodation short of undue hardship requires the careful examination [of] complex and nuanced issues, including the meaning of Pride, as well as the competing rights of the parties in this case. In my view, these issues cannot be determined on this application and require a full hearing,” said Smith in her ruling, as reported in a local news report.

Star of the Sea Parish and the Archdiocese of Vancouver had asked for the complaint to be dismissed, but this request was rejected, according to the local news report.

According to Blacklock’s Reporter, lawyers for the Archdiocese of Vancouver said to the tribunal, “Religious centres must be allowed to exist as protected spaces both for the faithful and the religious institutions that serve them who can rest assured their space is not being used for purposes which are contrary to the moral teachings of their faith.”

The Blacklock’s report says Star of the Sea Catholic Church raised concerns that the banquet would have featured “drag queens” and “same-sex dancing.”

The same report noted that lawyers for the Archdiocese of Vancouver in a June 2019 email to the White Rock Pride Society said the group's use of the hall would “encourage and support a homosexual lifestyle,” which is against the Catholic faith.

“The proposed use is contrary to the practices, teachings and morals of the Catholic faith as the purpose of Pride and the dinner and dance fundraising event is to encourage and support a homosexual lifestyle,” said Church lawyers to the pride group.

The Catechism of the Catholic Church teaches that homosexual acts are “acts of grave depravity” that are “intrinsically disordered” and “contrary to the natural law.”

The Catechism calls for “respect, compassion, and sensitivity” for those struggling with same-sex attraction but notes that “respect for homosexual persons cannot lead in any way to approval of homosexual behavior or to legal recognition of homosexual unions.”

No date has been set for the hearing. LifeSiteNews contacted the pastor of Star of the Sea Catholic Church but as of press time has not heard back.

The B.C. Human Rights Tribunal has a history of rulings that go contrary to religious liberties.

LifeSiteNews reported in 2005 that two lesbians were awarded damages from the B.C. Human Rights Tribunal for being denied a Knights of Columbus hall rental for their same-sex “lesbian wedding reception.”