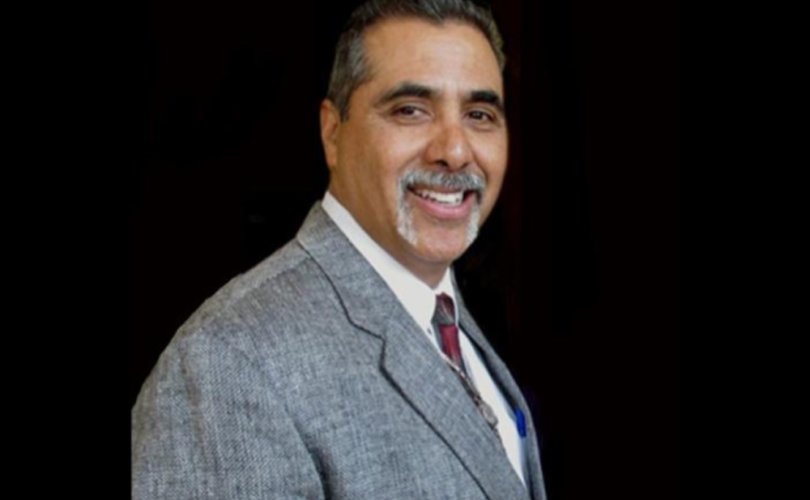 SCOTTSDALE, Arizona (LifeSiteNews) – Catholic apologist Jesse Romero is organizing a prayer protest to combat a satanic conference that will be held in Scottsdale, Arizona.

Romero announced his response to SatanCon which, he said, is a conference being held as “revenge” against Scottsdale for not allowing satanic invocations at city meetings.

The Catholic apologist announced the February 11 – 13 prayer protest on Taylor Marshall’s YouTube show on Wednesday. The details for the event can be found at www.jesseromero.com.

The satanic gathering is set to take place at the Saguaro Hotel, and the organizers intend to “consecrate” the city to Satan with a Black Mass.

In addition, the conference is set to honor an ancient pagan religious festival called “Lupercalia,” a festival held in honour of Lupercus, a mythical figure the Ancient Romans recognized as a god of the harvest and of wild animals, like wolves (canis lupis). The Lupercalia, mentioned in Shakespeare’s Julius Caesar, was observed on February 15.

Jesse Romero believes that the Satanic Temple of Scottsdale is holding the event as a way to get back at the city after it was ruled that they could not perform satanic religious rites at Scottsdale council meetings.

He told LifeSiteNews: “Why are we protesting this satanic conference? Simple, we have a divine mandate to confront lies and deception with the truth. We are protesting because: “The reason the Son of God appeared was to destroy the works of the devil” (1 John 3:8), and we must do likewise.”

The Satanic Temple’s Arizona Chapter, based in Tucson, has made these requests in cities such as Phoenix, Sahuarita, and Scottsdale but has not yet been successful.

Romero said that the satanic event is a “dog whistle” to gage how strongly Christians will respond.

The Catholic prayer protest will be a lay endeavour, and the diocese is encouraging the faithful to pray between 12-3 in front of the Blessed Sacrament in their parishes.

— Article continues below Petition —
PETITION: The Supreme Court MUST Block Biden's Vaccine Mandates!
Show Petition Text
24945 have signed the petition.
Let's get to 25000!
Thank you for signing this petition!
Add your signature:
Show Petition Text

The Catholic apologist told Marshall that the organizing team has decided that they will spend 3 hours in prayer outside the hotel each day, rather than spending a whole day there. According to Romero, the team of prayer warriors will act like an “assault team” and hold quick and powerful prayer sessions. They do not want to bring too much attention and fanfare to the satanic convention by hanging around outside all day.

Attendees will pray the Rosary, read, and meditate on Psalms from the Old Testament, as well as recite spiritual warfare prayers approved for the Catholic laity.

“The Blood of Jesus will be flowing down like Niagara Falls” Romero told Taylor Marshall. He added that those in attendance will be “raining down the word of God… projecting it towards the conference like arrows.”

Update: This article has been changed to indicate that there will not be active episcopal involvement.