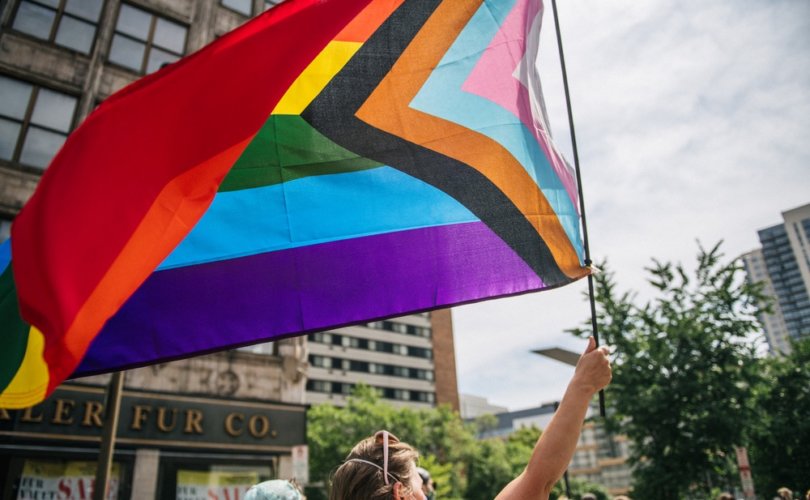 LAFAYETTE, Louisiana, July 2, 2020 (LifeSiteNews) — A Catholic parish in the Diocese of Lafayette has stood by its criticism of the New Orleans Saints for celebrating the “gay rights movement,” despite being attacked for it on social media.

Our Lady of Lourdes Catholic Church in Erath, Lafayette, responded to a Facebook post by the New Orleans Saints which publicized the team having lit up its stadium with the “Pride” rainbow colors.

“Come on NOLA Saints. We want to support you. But this kinda of stunt hurts society and souls. Don't bow down to these pressure groups. Kids have rights. Children deserve to have a dad and a mom. Plz dont support immorality. Cancel the PC Culture,” the parish’s post states.

The post by the parish attracted more than 500 comments, many of which were negative and accusing the parish of “hatefulness” and “bigotry.”

Parish priest Father Andre Metrejean has now removed the post, but responded to the criticism by posting a recorded statement, as well as sharing a documentary produced by Courage International, an apostolate which encourages Catholics who experience same-sex attractions to find happiness through greater closeness to Christ and in chaste friendships.

“The Church is not full of hate. In fact when people accuse us of hate or disdain because we preach the truth about sexuality and God’s plan for it, they are lying. It’s a bully tactic. This is what bullies do; they accuse you of something that you in fact are not guilty of,” Metrejean’s recorded statement says.

“My parish, my Church, my Bible, my Catholic tradition, my Lord, we don’t hate you, we love you. That's why we preach what we do. This is not about exclusion, this is not about judging others, this is about saving souls and bringing people the power of the blood of Christ” he adds.

KATC, a local ABC affiliate, reports that they contacted the diocese regarding the posts. The diocese replied by referencing paragraph 2358 of the Catechism of the Catholic Church:

Bishop Douglas Deshotel and the Diocese of Lafayette have been made aware of a recent social media post concerning the Mercedes-Benz Superdome and the Smoothie King Center.

In response, Bishop Deshotel references Paragraph 2358 of the Catechism of the Catholic Church: “The number of men and women who have deep seated homosexual tendencies is not negligible. They do not choose their homosexual condition; for most of them it is a trial. They must be accepted with respect, compassion, and sensitivity. Every sign of unjust discrimination in their regard should be avoided. These persons are called to fulfill God’s will in their lives and, if they are Christians, to unite to the sacrifice of the Lord’s Cross the difficulties they may encounter from their condition.”

There is no suggestion in the report that the diocese made mention of paragraphs 2357 or 2359 of the catechism, which state that “[h]omosexual persons are called to chastity” and that “[u]nder no circumstances” can homosexual acts be approved:

2357 Homosexuality refers to relations between men or between women who experience an exclusive or predominant sexual attraction toward persons of the same sex. It has taken a great variety of forms through the centuries and in different cultures. Its psychological genesis remains largely unexplained. Basing itself on Sacred Scripture, which presents homosexual acts as acts of grave depravity, tradition has always declared that “homosexual acts are intrinsically disordered.” They are contrary to the natural law. They close the sexual act to the gift of life. They do not proceed from a genuine affective and sexual complementarity. Under no circumstances can they be approved.