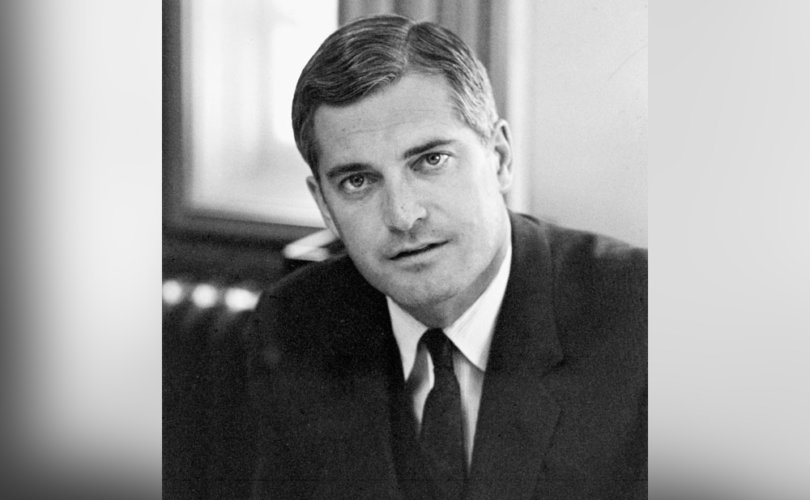 TORONTO, Ontario, October 2, 2020 (LifeSiteNews) – A report in Canada’s oldest Catholic newspaper regarding the death of former Canadian Prime Minister (PM) John Turner states a 1969 law he helped pass “did not, in fact, legalize abortion” in Canada despite the fact that the law removed legal protection for the unborn child and allowed abortions to be performed in hospitals under permissive circumstances.

The infamous “Omnibus Bill” passed under Turner’s watch ultimately promoted abortion and put the country on a path that would eventually lead to taxpayer funding of abortion throughout all nine months of pregnancy for practically any reason. In the first year after the bill’s passage (1970), there were 11,152 abortions committed in Canada. There are now an estimated 100,000 abortions committed annually.

Turner, a Catholic, served as Justice Minister under then Prime Minister Pierre Trudeau from 1968 to 1972. He died on September 19 at the age of 91.

“The abortion issue challenged Turner to reconcile his private religious beliefs with his public duty as a politician,” says a September 25 excerpt from a Catholic Register report by CCCB apologist Michael Swan on the passing of Turner.

The Register is owned by the Archdiocese of Toronto, but the main influence on what it publishes is from the Canadian Conference of Catholic Bishops whose executive at that time gave Turner quiet approval to push the bill through. Its report on Turner’s death quotes Dr. Richard Alway, Pontifical Institute of Medieval Studies president, as telling them the issue of abortion “hurt” Turner “because he took this issue very strongly.”

“The law Mr. Turner passed did not, in fact, legalize abortion. It codified the practice that had developed in the wake of a number of court decisions. Turner consulted widely with Catholic lawyers and theologians and found himself comfortably on the side of clear and consistent law,” reads the Register report.

However, Lifesite’s Steve Jalsevac, who was with with the national pro-life organization Campaign Life Coalition for many years, recalls other pro-life leaders noting that Turner was understood to have been selective on who he consulted in order to get the answers he wanted.

Turner spent his life in politics with the Liberal Party of Canada and briefly served as the Canadian PM in 1984 for 11 weeks after winning the Liberal Party leadership when Pierre Trudeau retired as party leader. Turner was not a Member of Parliament (MP) at the time.

Despite saying that he took the issue of abortion “strongly,” in 1984 while campaigning to become PM, Turner said, “I am one of the architects of the abortion amendment.”

During a 1989 House of Commons debate, Turner said, “I believe our duty is not to impose our own beliefs rigidly on the view of others who may strongly disagree.”

Jim Hughes, the former President of Campaign Life Coalition (CLC) told LifeSiteNews that Turner played a role in the legalization of abortion in Canada.

“There’s been five million children killed by abortions since then, and he has a role that he played in that whole thing,” Hughes told LifeSiteNews.

“You can’t judge the state of anybody's soul, but publicly, you have expected a guy that had some yearnings to become a priest, might have had the guts to stand up and say no to this killing….It was so disappointing for everybody that he didn't have the stones to stand up and say no, we're not going to do this.”

Abortion was legalized in Canada in 1969 when then Prime Minister Pierre Trudeau (current PM Justin Trudeau’s father) passed a heavily criticized Omnibus Bill which amended the criminal code to allow abortions to be done in hospitals under permissive circumstances, with the approval of the hospital therapeutic abortion committee (TAC).

The Omnibus Bill was drafted by Trudeau when he was justice minister in 1967 and also effectively legalized homosexuality and enacted more strict rules on guns and drunk driving.

A 2020 report regarding Turner’s death in the pro-life newsletter The Interim spells out the reality Turner’s Omnibus Bill had when it came to abortions, saying that TAC’s effectively “rubber-stamped” abortion applications.

Paul Litt’s 2012 biography of Turner “Elusive Destiny: The Political Vocation of John Napier Turner,” describes a meeting in 1969 between him and the executive of the Canadian Conference of Catholic Bishops (CCCB) to obtain advice on the Omnibus Bill.

In the biography, Litt wrote that Turner informed the bishops that the law was the best his Liberal party could do on the matter.

Litt also wrote that then CCCB president Bishop Alexander Carter responded, “Gentlemen, I think John has convinced us. Let’s have a drink.” Jalsevac recalls that pro-life leaders learned years later about this secret complicity of the bishops with the passage of the law change and that they treated the mass killing of babies it would inevitably lead to so incredibly casually. The pro-life leaders were dismayed by the betrayal.

The Omnibus Bill was then passed into law on May 14, 1969, and remained in effect until the Supreme Court of Canada struck down the 1969 law as unconstitutional in the 1988 Morgentaler decision. The law was removed on a technicality.  The court ruled that it violated a woman’s Charter right to security of the person since the law could not be applied equally across the country.

The court encouraged the Canadian Parliament to come up with replacement abortion legislation. This effort failed when then PM Mulroney’s draft law was dismissed in a Senate tie vote. The result of this is that Canada has no abortion law at all, and thus abortion is permitted up through all nine months of pregnancy.

Litt wrote that the issue of abortion “challenged Turner to reconcile his private religious beliefs with his public duty as a politician,” raising “two basic questions – one a matter of politics, the other of conscience.”

Litt also wrote that Turner ultimately warranted the passing of the 1969 Omnibus Bill because it “downloaded the issue to doctors” whom he claimed Turner believed should be the ones making medical decisions.

In his biography of Turner, Litt also alleges that Turner wanted to split up the Omnibus bill to allow for free votes on moral issues, but that Pierre Trudeau would not allow it.

In 2001, Turner chaired an Archdiocese of Toronto Cardinal’s dinner, which Canadian pro-life priest Fr Alphonse de Valk, who died in April of 2020, did not approve of.

“People who know their (abortion proponents’) views are unacceptable, should not invite pro-abortionists to events or honour them, because ‘their behaviour is a counter-witness to the truth the Church upholds,’” de Valk said in a 2001 report in The Interim.

Through most of the 1980s until 1993, de Valk worked as a writer and editor for The Interim before starting Catholic Insight in 1993.

The 2001 Interim report citing de Valk quotes Turner himself, wherein he claimed to the Interim that he did not liberalize Canada’s abortion laws.

“I merely put into statutory form what the courts were doing for 50 years – not prosecuting woman who have abortions for health reasons,” Turner was quoted as saying in the Interim report.

Fr. de Valk however thought that Turner was being “disingenuous” with this line of argument, saying that “The effects speak for themselves,” noting that in 1970, the year after abortion was legalized, 11,152 were committed compared to 542 in 1969.

In a 2003 interview, de Valk told LifeSiteNews about both Trudeau and Turner  that “The greatest decisive feature of the man’s life (Trudeau), and that of John Turner, is the legalization of abortion and the resulting death of three million Canadian children to date.”

A 2012 Interim report titled, “John Turner, ambition, and the legalization of abortion” gives an insightful overview in terms of Turner’s role in abortion becoming legal in Canada.

In a 2015 LifeSiteNews report, Hughes told LifeSiteNews that “The Church has been supporters of the Liberal Party ever since I can remember.”

Despite Canada not having any official abortion laws, few politicians today from any party have come out demanding that Canada enact laws to protect the lives of pre-born children.

One politician who has spoken out about this issue is Conservative Party of Canada (CPC) MP Derek Sloan, who identifies as pro-life.

Sloan, who unsuccessfully ran for the CPC party leadership, said his fellow candidates would “agree with him” that “it’s not right” that Canada has no laws that protect the lives of unborn children, in remarks he made during the CPC English leadership in June.

Turner will be given a state funeral on October 6, 2020, which is planned to be held at St. Michael's Cathedral Basilica.