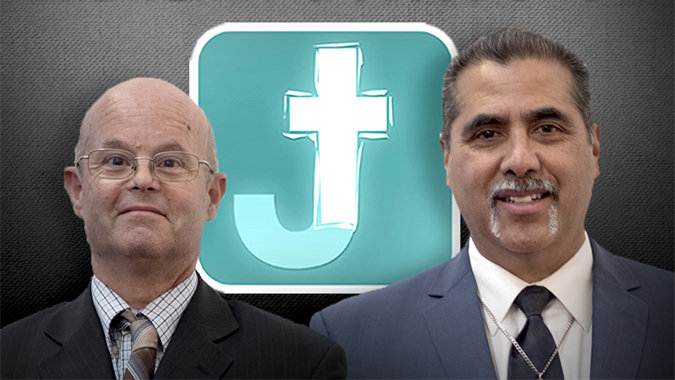 STUART, Florida (LifeSiteNews) — A Catholic radio program “without compromise” has been dropped from a Florida radio station for speaking out against COVID-19 shots.

Virgin Most Powerful Radio was informed on September 15 by Ron Crider that their programming would be “immediately” discontinued on Prince of Peace Radio, WJPP/WPBV, based in Stuart, Florida, because of their “inconsistent” views on the morality of the COVID-19 jabs.

“It is our understanding the church supports vaccinations,” Crider wrote in an email announcing his decision.

“The Pope has been vaccinated and the council of Bishops support vaccination. And yes we are 100% Pro Life and totally are against abortion!”

Crider continued: “Your program is inconsistent with our station with respect to the ‘vaccination issue’.”

Terry Barber, the founder of several major Catholic media apostolates, including St. Joseph Communications, Lighthouse Catholic Media, and the Catholic Resource Center, formed the Virgin Most Powerful radio network after The Terry and Jesse Show, which he hosts together with Jesse Romero, was dropped from Relevant Radio, formerly known as Immaculate Heart Radio.

Barber and Romero had been speaking out on moral and health issues of the COVID-19 jabs for months on The Terry and Jesse Show. Just prior to being dropped, on September 13, they had hosted a radio show entitled “Profile in Cowardice: How Catholic Leaders Botched Abortion-Linked COVID Vaccines.”

Barber’s wife, Mary, who co-hosts another radio show with him, “Bible with the Barbers,” responded by email to Crider’s notice, advising him to look up the article “The Morality of Receiving Abortion-Derived Vaccines” by Fr. Leon Pereira, O.P., a biologist, medical doctor, and moral theologian.

Mary Barber highlighted several of Pereira’s key points, saying first that the Pfizer and Moderna COVID-19 “vaccines” had a connection to aborted fetal tissue in stages one and three of development of the shot for its design and testing.

“In addition to that, he traces the fetal cell lines that were used and makes them personal,” she continued, alluding Pereira’s efforts to identify the babies from which the currently used fetal cell lines originated.

“We are dealing with a medical research method that uses the killing of human beings to develop/design, test or produce pharmaceuticals.”

Mary Barber  then pointed to the document Dignitas Personae (2008), issued by the Congregation for the Doctrine of the Faith (CDF), which states that only “morally proportionate” “grave reasons” may justify the use of such normally illicit biological material, such as danger to the health of children. And even then, as Barber noted, “pressure must be put on governments, pharmaceutical companies, researchers, etc., to find an ethically acceptable alternative!”

In a follow-up response to Crider, Mary Barber quoted from the recent CDF “Note on the morality of using some anti-Covid-19 vaccines,” which stated, “Practical reason makes evident that vaccination is not, as a rule, a moral obligation and that, therefore, it must be voluntary.”

She also noted that “It is only permitted to use the vaccine when there is no other means to stop or prevent the epidemic.”

“Thousands of doctors have testified to treating patients successfully, even patients with comorbidities, without hospitalization or vaccines,” said Mary Barber, adding that “The Church is not infallible in matters of medicine/science.”

In light of Dignitas Personae’s admonition that vaccines developed from aborted fetal tissue are permissible only when the “danger” is real, Mary Barber wrote, “Why is a vaccine necessary for a virus that 99.5% of the people infected recover from?”

Crider’s only response to Mary Barber, in answer to her question about which two vaccines are considered “acceptable to the Catholic Church,” was the text of an article entitled, “Catholic Church encourages people to get Pfizer or Moderna vaccine over Johnson and Johnson.”

However, Crider gave LifeSiteNews a fuller explanation of the reasons behind his decision.

“Americans are prolonging the pandemic by not getting vaccinated. I think this is selfish on their part,” he told LifeSiteNews by email.

“However, the unvaccinated ‘are the greater majority’ of people dying.  Their stubbornness is creating a huge problem for this country,” Crider continued.

“Stop with the religious excuse. The Popes are vaccinated. Stop with the-side effects excuse. Do you want to drag this out 5 years to see what they are[?] Where is your ‘FAITH’?”

Crider revealed that his “entire family,” including his children and grandchildren, are vaccinated, and that they are “proud to wear a vaccination bracelet.” He further defended his position by saying that “the majority of the Catholic Church is pro-vaccination.”

“It is my personal opinion your position makes you part of the problem and not part of the solution,” he declared.

Many people have made reasonable decision not to take the COVID-19 jabs because of the thousands of deaths and millions of other serious injuries that have been recorded following their use.

One of the testimonies Mary Barber had shared with Crider was from a nurse who refuses the COVID-19 jab and was made to choose between keeping their job and getting the shot.

“It’s easier to paint us as uncaring, uneducated conspiracy theorists than acknowledge that we are humans just like you, with families, beliefs, doing what we feel in our hearts to be best,” the nurse wrote.

She emphasized that her entire career was dedicated to putting the needs of her patients before her own, sacrificing time with her own family to serve others.

“I’ve patiently spoon-fed ice cream and one pill at a time for an hour to your confused grandpa, answered hundreds of questions, reassured till I’m blue in the face, rushed in to make sure he didn’t fall,” the nurse said.

“We forgo bathroom breaks, go 12+ hours without eating, lay down food we’ve reheated 4 times when a call bell rings, even if all that’s needed is moving a drink cup 3 inches to the right,” she continued.

“But what is a choice if one option leaves every fiber in your being screaming NO and the other steals your livelihood, your passion, and the career you’ve given your heart to for the past 7 years? I don’t call that a choice.”

“The crime of abortion is so monstrous that any kind of concatenation with this crime, even a very remote one, is immoral and cannot be accepted under any circumstances by a Catholic once he has become fully aware of it,” the prelates’ statement reads.

“One who uses these vaccines must realize that his body is benefitting from the ‘fruits’ (although steps removed through a series of chemical processes) of one of mankind’s greatest crimes.”

All of the shows hosted by Virgin Most Powerful Radio, and their accompanying recordings, can be found on their website. Recordings from The Terry and Jesse Show can be found here.