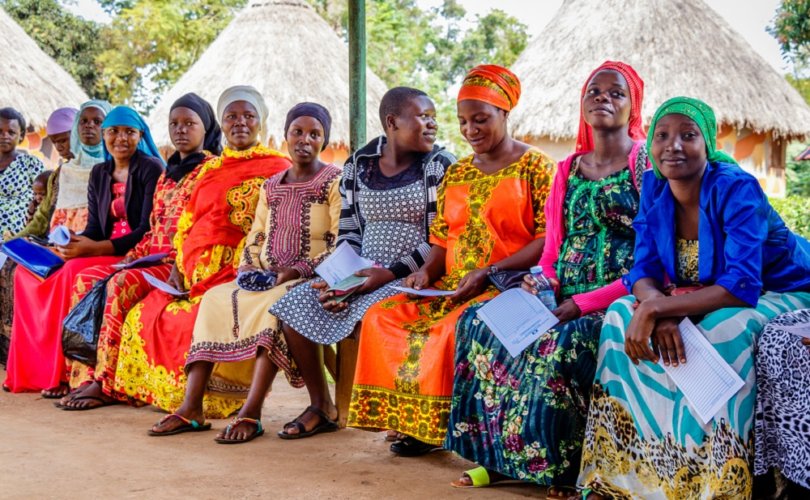 May 2, 2019 (Lepanto Institute) — On April 26, several Rwandan government agencies, including the Ministry of Health, officially launched a three-year initiative called the Baho Neza Integrated Health Campaign to encourage the use and distribution of contraception. Catholic Relief Services is identified as one of the implementing partners on this campaign.

The central focus of the Baho Neza Campaign is the promotion, distribution, and provision of “family planning” and “family planning services” for the sake of increasing the contraceptive prevalence rate of the country. According to an article about the campaign by Hope Magazine, the Baho Neza campaign:

… is an innovative approach that includes additional components of Family Planning and Early Childhood Development (ECD) to address various health related issues, including the availability and accessibility of family planning services, as well as closing the existing gaps.

The article also explains that the campaign:

At the launch of the campaign, Dr Diane Gashumba (left) urged Rwandans to embrace family planning, saying, “the goal is the best possible services, this year will be dedicated to the promotion of cleanliness as a means of disease control and the practice of family planning.”

On 21 December 2018, Applied Monitoring Services Ltd, posted a job announcement looking for a consultant to conduct a base-line assessment for the Baho Neza project. In the background information on the project, the announcement stated that the overall goal is

Right: Contraception on display for the Baho Neza launch ceremony.

Another Rwandan news site boldly claimed that the primary message parents should be receiving in this campaign is:

… test for pregnancy; in pregnancy, take care of the health of the baby in the first 1000 days of her life; the role of men in following up development, caring for children, protecting children through all the needs; family planning, rehabilitation, to avoid and to prevent pregnancy.

The Rwanda Broadcasting Agency said that:

The IGIHE Network in Rwanda reports that:

'Baho Neza' is aimed at sensitizing all Rwandans to avoid and fight disease, to care for child and mother health, to attend and use child care services for children, to prevent pregnancy, and to adopt and use family planning services.

Already, it is clear that the purpose of the Baho Neza project is completely incompatible with Catholic moral teaching. Its overall focus and goal include the spread of contraception to vulnerable women and adolescents. But we can expect that CRS will respond by providing us with the same old tired excuses it always gives regarding other projects such as these in which it has been found to be participating.

In the event that CRS actually bothers to respond to questions as to why it is participating in this project, we can anticipate that the answers will include any combination or all of the following:

Regardless of the reason CRS is participating in this campaign, the fact of the matter is that CRS is lending the name of the Catholic Church to a campaign whose overall goal is the spread of the Culture of Death. In fact, the Campaign itself makes clear that it is using the religious community to spread its contraceptive messaging. The article in Hope Magazine says, “Religious Leaders will also play a leading role in the campaign to ensure a wide reach and meaningful impact.” Bizimungu François, Health Advisor at Rukomo Health Center in Rwanda, said that some of the barriers to family planning include the churches and churches that are inadequate and the lowest sensitivity of the population. The danger of Catholic Relief Services being associated with a campaign intent upon the spread of contraception is the grave possibility of scandal. The mere attachment of the name “Catholic Relief Services” to the Baho Neza campaign will carry a lot of weight.

We've said it before, but it bears repeating … if we exchange the word “contraception” with “sex-trafficking 8-year-old children,” it should hopefully go without saying that CRS would never participate in such an effort. So, either CRS doesn't view the spread of contraception as a mortal sin whose spiritual effect is just as deadly as sex-trafficking children, or it does but enjoys the funding too much to care.

Contact Catholic Relief Services and tell it what you think about its participation in this project.