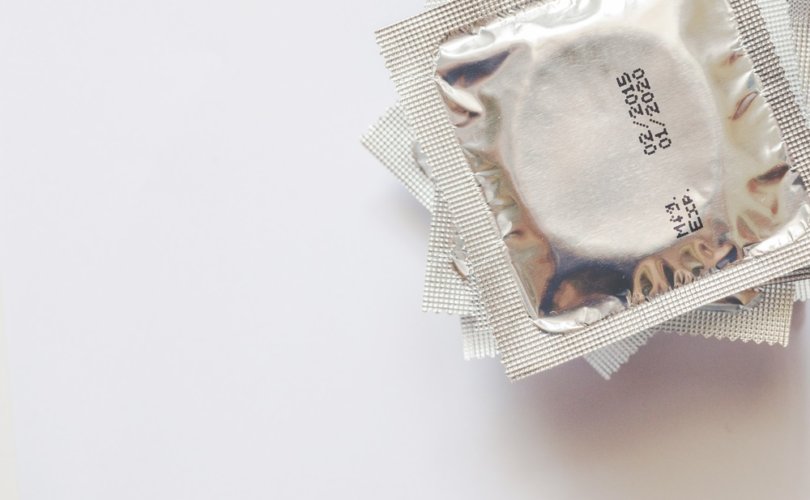 BALTIMORE, Maryland, March 10, 2020 (LifeSiteNews) — Catholic Relief Services (CRS) announced that it will examine allegations that the organization has promoted contraceptive practices in its African outreaches in defiance of Church teaching.

The March 9 announcement comes after Michael Hichborn of the Lepanto Institute released evidence last week that the U.S. bishops’ international aid agency was both directly and indirectly involved in the promotion of contraception and condoms to teens and children as young as 10.

“CRS has, in the past, discovered errors, taken them extremely seriously and corrected them immediately. Should we discover any such inconsistencies with Catholic teaching, CRS will take immediate corrective action,” the charity said while referencing “a recent report” that did not name Hichborn or the Lepanto Institute, reported Catholic News Service.

The U.S. bishops’ charitable arm said that it participates in humanitarian initiatives with “a wide range of groups” that include institutions that have “positions and practices” that are “not always consistent with the full range of Catholic teaching.”

Hichborn reacted to the announcement with skepticism. He told LifeSiteNews that the organization, in highlighting in the announcement that it partners with a wide range of groups where content is “produced by partner agencies,” intends to take the focus off the fact that CRS bears complete responsibility for the questionable output.

“We need to be absolutely clear about something,” said Hichborn: “Catholic Relief Services is the lead on the project, which means that CRS is fully responsible for the way it is implemented and the materials and resources employed throughout the project implementation process.”

“But more importantly, the documents we spotlighted in our report all bear a Catholic Relief Services copyright, and in most cases state that the contents of the materials themselves ‘are the responsibility of CRS,’” he continued.

“Furthermore, many of the acknowledged authors of these documents are CRS employees, and the photo credits are for employees of CRS as well,” said Hichborn.  “For CRS to suggest that they had no hand in producing these materials is not only dishonest; it’s scapegoating.”

In its statement, CRS claims that it takes immediate corrective action when “errors” are discovered.  But CRS had this information a full year ago, and did NOTHING about it, and failed to explain why its documents were promoting condoms.

I gave CRS the information on their condom-promoting documents, and I told them about the abortion and contraception-promoting documents on the website they manage called OVCSupport.org.  Not only was nothing done, but in December of last year — just two and a half months ago — CRS published another set of documents aimed at encouraging adolescents to use condoms.

Hichborn didn’t mince words: “CRS speaks out of both sides of its mouth.”

“While it is claiming to review documents written in CRS’s name that it suggests were written by partner agencies, which may not be in line with Church teaching, CRS then claims that it partners with agencies who act against Church teaching that are ‘always and only focused on activities that are fully consistent with Catholic teaching,’” he noted.

“Since CRS is currently being forced to review documents it produced in cooperation with these agencies that promote condom use, this statement is completely untrue.”

Silence from the U.S. bishops’ CRS advisory board

LifeSiteNews reached out to all twelve members of the U.S. bishops’ CRS advisory board, asking if any actions would be taken in response to the Lepanto Institute report.  Three responded, directing future inquiries to media relations at CRS. None of the twelve chose to offer remarks on the matter.