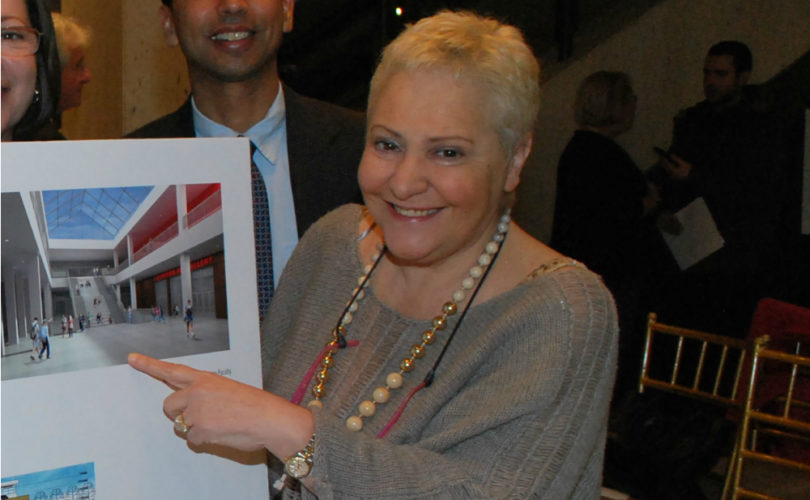 TORONTO, November 1, 2019 (LifeSiteNews) — A Catholic school board took the first step to resolve a long-running roiling battle when it voted Wednesday against including “gender identity, gender expression, marital status and family status” in its code of conduct.

Pro-family groups such as Campaign Life Coalition, which has mobilized supporters to oppose the change, lauded the victory but warned the fight over including terms in the Toronto Catholic District School Board (TCDSB) code that governs both students and teachers is far from over.

“In order to keep the madness of transgender ideology out of Catholic schools, it must be rejected by a vote of the whole board at two subsequent meetings,” noted president Jeff Gunnarson in a report on the Campaign Life website.

Those are the November 7 student achievement subcommittee meeting, during which all 12 trustees have a vote, and a final vote at regular board meeting on November 21, he said.

Wednesday’s victory came after four of five trustees on the Catholic values subcommittee approved a motion by trustee Nancy Crawford after three hours in a packed boardroom listening to delegations that sometimes erupted in shouting and calls to order.

The motion removes the list of “specific characteristics of non-discrimination” from the code and replaces it with: “That all members of the TCDSB community shall respect and treat others fairly, as children of God, created in the image and likeness of God, of infinite dignity and worth.”

“I was sickened by it, by the hypocrisy, by the homophobia and the fear-mongering,” Rizzo told the Toronto Star.

Rizzo alleges the Catholic board is legally obliged to include the words, in compliance with an October 2018 Ministry of Education directive asking boards to update their codes by November 4, 2019, to align with the province’s, the Star reported.

“My message to the board is quite clear,” he told the Toronto Star. “My expectation is every child, irrespective of their differences, can see themselves reflected in schools, and, more important, that they will adhere to the Ontario Human Rights Code.”

Lecce reiterated this at a Thursday press conference, according to the CBC, which reported Rizzo spoke to Lecce on the phone and said she felt “relieved” that she and the minister are in accord.

Campaign Life has responded to Rizzo’s position by launching a petition demanding she resign.

Rizzo’s position was echoed by John Yan, the executive director of the Angel Foundation for Learning, the board’s charitable arm, who warned the board Wednesday it could lose millions of dollars of funding from Toronto Public Health and corporate sponsors if its code of conduct was not aligned with the Ontario Human Rights Code.

“We can argue from a philosophical point of view about religion and Catholicity, but there is a real world out there where adherence and respect for human rights and the language around it is important,” Yan said.

“To sacrifice students at the altar of ecclesiastical debate I think is not what we want to do,” he said.

Trustee Angela Kennedy, one of four trustees not on the committee who attended the meeting, said at the end of the meeting that Yan’s warning “feels to me like blackmail,” which Rizzo objected to as “unparliamentary.”

Other proponents of the change, notably student trustee Taylor Dallin and delegate Kyle Iannuzzi, suggested not adding the terms could lead to suicides among LGBTQ+ students because they wouldn’t feel welcome. Dallin reported that of 147 students surveyed, only five opposed including the terms.

Trustee Norm Di Pasquale a trustee not on the subcommittee who attended the meeting, also supports adding the words, tweeting his support for Rizzo and her media campaign:

That's the @TCDSB you are referring to, and by all reports, our Chair @mariarizzo was fantastic! #topoli #onpoli #Onted https://t.co/8JhTCszpVy

Delegates opposed to adding the terms — which included a mother, two young fathers, a 16-year-old student, a religion teacher, a retired teacher, and a 20-year-old on a sabbatical from university — argued that doing so endorses the harmful and misleading gender ideology in contradiction to Catholic teaching.

But some were berated for their stance.

Trustee Markus De Dominico, a non-member of a committee member who phoned in, repeatedly told Josie Luetke, youth coordinator for Campaign Life, that she was wrong to assert that adding the terms meant the board advocated gender ideology.

That prompted Crawford to intervene on a point of order: “This is not a debate, and we don’t impolitely tell people they’re wrong,”

Did Luetke agree that the issue before the board was whether to add terms from Ontario Human Rights Code “to stop bullying and other bad behavior,” De Dominico then asked.

“I agree bullying is bad, we should try to prevent as much as possible in our schools. But I don’t think this is solely about preventing discrimination because there’s significance in the language that we adopt,” Luetke responded.

“This is about truth, and terms ‘gender identity’ and ‘gender expression’ convey a falsehood, so the Toronto District Catholic School Board should not convey a falsehood by adopting these terms in its code of conduct,” she said. (See her full presentation here.)

Fr. Peter Turrone of the Newman Center, who along with Fr. Mark Kolowski was sent by the archdiocese to advise trustees, spoke before the vote of his “tremendous sense of discomfort” with “what’s happening here tonight.”

“Catholic theology is not an ideology, so it’s grounded in truth and it reflects what we also know in science as well,” he said.

“There’s valid reasons for not looking at the wording there because it reduces people to categories. We have an obligation before God, and for the love of the students and for parents and for all those that are here to want to do what is best.”

But the evening’s debate revealed an underlying assumption that those who affirm what Christ, what God himself and human biology and what the Church teaches are “hateful toward the other,” Turrone noted.

“I find it … deeply, deeply, deeply distressing to be equated with a homophobe or a bigot because we … don’t accept those four categories, when life experience and pastoral care, and life and accompanying families shows the opposite,” he said.

“There’s been no mention of chastity,” added Turrone.

“But if we don’t believe in the Catholic life, that the teachings of Jesus Christ are not livable, then we’re going to just give up quickly.”

“So the archdiocese, when we’re sued and brought to court, will pay our bills?” responded Rizzo.

“I just want to make sure you put your money where your mouth is,” she said, to gasps and groans of disapproval.