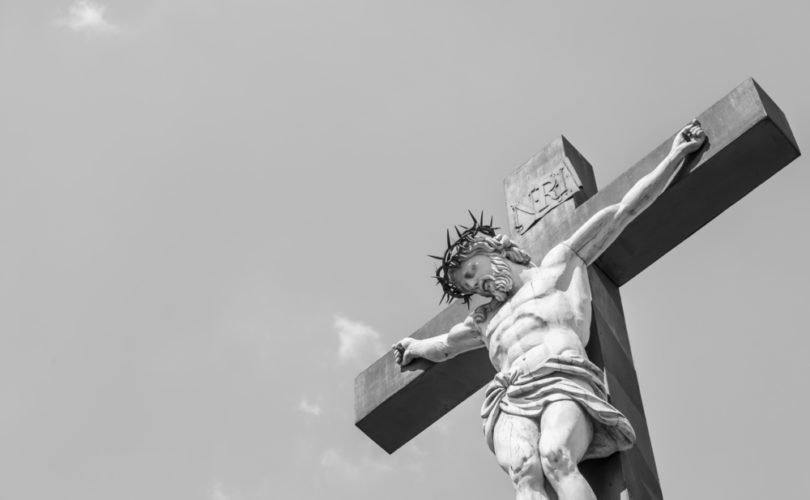 OAKVILLE, March 23, 2018 (LifeSiteNews) — Despite highly publicized student outrage, a Catholic school board is standing firm on its decision to ban school donations to any charities that violate Church teaching on the sanctity of human life.

However, after hearing delegations for and against the ban at a long and packed board meeting March 20, Halton Catholic District School Board trustees voted to send the policy to “all stakeholders as well as all parents and staff” for review, and to discuss that review at a future board meeting.

The Halton Catholic trustees sparked an uproar when they approved a “sanctity of life motion” in January, which prohibited the board’s 33 schools from donating to charities or non-profits that “directly or indirectly” support abortion, sterilization, contraception, euthanasia, and embryonic stem cell research.

After the Ontario English Catholic Teachers Association (OECTA) blasted the motion as “unnecessarily divisive” and parents protested, the board revisited the motion February 20, passing it again by a vote of 5 to 3.

At this point, upset students launched a petition and objected to the media that the motion would stop them donating to SickKids Hospital and the Canadian Cancer Society, which they support through the annual Relay for Life.

And upset parents claimed the way the motion was passed violated Section 612/00 of the Education Act, which requires boards to consult school councils on policies governing their fundraising activities.

As a result, the board agreed to hear delegations on the policy.

On Tuesday night, the nine trustees listened for nearly four hours to 19 groups and individuals arguing for or against the policy, as the crowd filling the gymnasium bleachers of Holy Trinity Secondary School in Oakville frequently erupted in cheers.

Meanwhile, however, board administration had approached the 100 charities Halton Catholic schools donated to in the past, asking them to sign an affirmation that they do not directly or indirectly support abortion, euthanasia, or embryonic stem cell research, reported Toronto’s Globe & Mail.

As a result, 70 charities were removed from the list.

That did indeed include the Canadian Cancer Society, which has no objection to funding embryonic stem cell research, and SickKids.

Moreover, the United Way of Halton & Hamilton was on the list but it asked to be taken off, it told the Globe in an email.

“As a result of interpretation variations, and following discussions today with the Halton Catholic District School Board, United Way Halton & Hamilton requested and verified removal from the compliance list of charities this afternoon,” the statement read.

WE Charity, however, is among 30 charities that remain on the list.

“Based on a request for information, WE Charity provided a response simply attesting that our programs do not cover any of the services in question and therefore are not applicable,” Scott Baker, the charity’s executive director, told the Toronto Star.

“WE Charity is secular, apolitical and does not have a mandate for political advocacy,” he said in an email.

LifeSiteNews has reported many times on WE Charity’s support for pro-abortion, pro-homosexual, and pro-contraception groups, however. (See previous coverage here.)

It’s been replaced by an update of Tuesday’s board meeting that states the board will add the Sanctity of Life motion to its fundraising policy.

The amended policy will then “be sent out for stakeholder consultation to gather feedback from school councils, parents, students, staff and members of the community.”

The trustees voted 5 to 4 at Tuesday’s meeting to receive the delegations as information, which means they are under no obligation to take further action.

However, director of education Paula Dawson then warned trustees that they may have violated Section 612/00 [19-23] of the Education Act by not consulting school councils before passing the pro-life policy.

But lawyer and Halton elector Geoff Cauchi dismissed this idea as “ridiculous.”

“If the school council considers a matter, it, not the board, must consult with parents, and the limit of the board’s obligation is to consider and respond to any recommendations of the school council, if it submits them to the Board (s. 21),” Cauchi wrote.

Moreover, to rule the pro-life policy void because “the board did not consult with a school council” would “make the trustees subservient to a school council on matters of board policy,” he added. That is “truly absurd.”

“In any event,”observed Cauchi, “the section 93 Constitution Act denominational rights and section 1(1.4) of the Education Act make it a moot point” because the pro-life policy “passed has clear denominational aspects.”

Nevertheless, trustee Iantomasi proposed a motion March 20 to send out the policy to stakeholders, parents and staff for review, citing regulation 612/00 for her rationale.

However, trustee Danko proposed an amendment that the email to stakeholders include sections of the Catechism and the Vatican II document Gaudium et spes on Catholic teaching on the sanctity of life, as well as explaining the board’s obligation to uphold that teaching.

Sections 93 Constitution Act denominational rights and section 1(1.4) of the Education Act of Ontario clearly establish denominational rights, and it is a right of fundamental moral and religious issue that a Catholic school and all its activities do not financially or otherwise support activities which violate the Right to Life of all human beings.

…Be it further resolved, that if challenged, lawyers representing HCDSB will be directed to rely on section 93 Constitution Act, Canada, denominational rights and section 1(1.4) of the Education Act of Ontario.

The trustees passed Danko’s amendment, and Iantomasi’s motion as amended, in the same 5 to 4 voting block recorded above. (See full amended motion here.)

While the Halton pro-life motion remains in effect, Jack Fonseca, senior political strategist for Campaign Life Coalition, which sent a delegation to speak in support of motion, has a mixed review of Tuesday’s proceedings.

“I distrust the motives of the trustee [Iantomasi] who put this motion forward, which sought to subject the Sanctity of Life policy to further review and community consultation,” he told LifeSiteNews in an email.

“I suspect the entire purpose of not letting it remain as a stand-alone policy was to give dissidents and abortion supporters another opportunity to try repealing the policy in future, and to stack more ‘consultations’ with dissidents so as to weaken the resolve of the good trustees,” added Fonseca.

“Faithful Catholics need to stand on guard against this process. They also need to organize now to defeat the trustees who voted against the pro-life motion in upcoming 2018 trustee municipal elections,” he said.

The presentations of the 19 delegations to the March 20 board meeting, which included Campaign Life Coalition, Alliance for Life Ontario, can be found here.