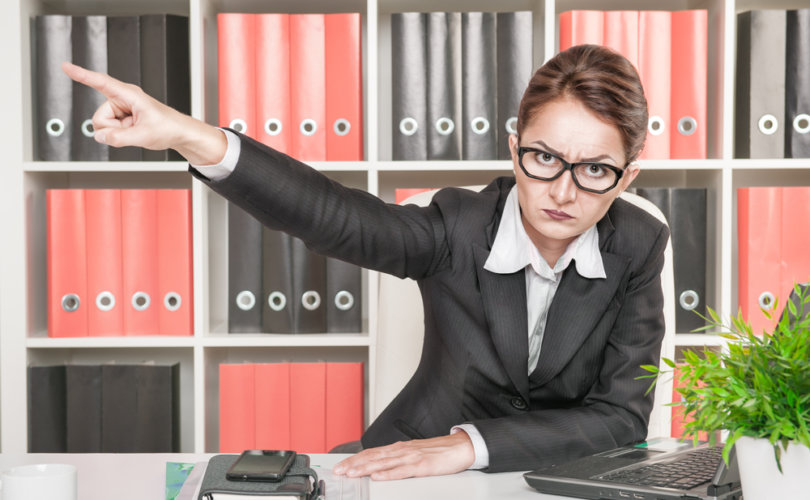 BURLINGTON, June 22, 2016 (LifeSiteNews) — The Halton Catholic school board voted four to one Tuesday night to adopt a policy update on disciplining students for “homophobia … and harassment on the basis of sex, gender, gender identity, sexual orientation” which critics say will see students suspended or expelled for stating Catholic teaching on homosexuality and gender theory.

The vote itself was a procedural violation since trustees had already voted down the “progressive discipline” policy update last month by a vote of 4 to 3. Trustee Anthony Danko argued vehemently at the June 21 meeting — to no avail — that to reintroduce the policy in the same session was a breach of procedure, according to a report by Tanya Granic Allen, President of Parents As First Educators (PAFE).

Danko also put forward a motion that a canon lawyer or board lawyer should define “homophobia” in a Catholic context, a motion which was defeated.

As for the “progressive discipline” policy, trustees Paul Marai, John Mark Rowe, Diane Rabenda, and Arlene Iantomasi voted for it, while Anthony Quinn voted against it.

Trustees Danko, Helena Karabela and Susan Trites abstained, on the grounds that the vote was against the will of the board.

The HCDSB amended its Code of Conduct six times in the last four years to conform to the education ministry’s requirements for equal and inclusive schools, but with this latest update, students who breach the Code of Conduct can be punished with suspension and expulsion.

The policy explicitly notes that under the Code of Conduct, the board “considers homophobia, gender based violence, and harassment on the basis of sex, gender, gender identity, sexual orientation…unacceptable.”

LifeSiteNews had not heard back from trustees Quinn or Danko by deadline.

Quinn told LifeSiteNews in an earlier interview that he voted against the policy in May because under its terms, students could be found in violation of the Code by simply stating the teachings of the Catholic Church, if they made other students feel unaccepted or unsafe by doing so.

That can “easily” happen under this policy, confirmed Catholic lawyer Geoff Cauchi.

“It’s dangerous, because it will be used to discipline students and teachers who do nothing more than state the Catholic Church’s teaching on subjects such as homosexuality and gender theory, and state their support for it in a civil manner,” he told LifeSiteNews.

“And this is absurd for a system whose very purpose is to lead people to accept the teachings of the Catholic Church.”

Cauchi agrees that the policy should have clarified “a Catholic understanding of homophobia,” and stated explicitly that “the Catholic Church does not accept gender theory.”

It should also have included “a conditional clause” that “in no circumstances would a teacher or student be disciplined for stating Catholic teaching on the subject of homosexuality and gender theory, and expressing support for [that teaching] in a civil manner.”

Quinn also noted that the board’s former policy was more than sufficient.

Last updated in January 2015, that policy outlined as “standards of behavior” for students regarding gender identity, gender expression, and sexual orientation that:

PAFE’s Granic Allen echoed this: “Let’s be clear — there was already a stringent discipline policy in place which included parameters such as sexual orientation, gender identity and gender expression.”

“We’re talking about a Catholic school board, where they are supposed to promote Catholic faith and morals,” added Granic Allen. “By promoting this discipline policy, students could be suspended from school just for being Catholic. The fact that some trustees openly said this wasn’t their first concern was scandalous.”

After the Halton trustees rejected the policy in May, then-Education Minister Liz Sandals told the Toronto Star she would investigate the matter, since “gender identity and gender expression are now included as prohibited grounds of discrimination under the Ontario Human Rights Code.”

Cauchi, however, said that the policy contravenes two sections of the Education Act. One of these calls for teachers to show by “precept and example, respect for religion and virtues,” which, he said, “presumably would include chastity.”

The other section decrees that the ministry’s powers “shall be exercised in a manner that respects the denominational rights of Catholics,” Cauchi noted.

“So what the ministry requires is a contravention of the Act,” he said. And Catholic trustees, by passing the policy, have also contravened the Act.

Teachers in the Catholic system could also be targeted for fidelity to the Church’s teaching, Cauchi said, pointing to the Edmonton teacher under investigation by the Catholic board there, following complaints made by two teens who are being raised by a lesbian couple.

“We know, from several examples, that Catholic teachers are already themselves being disciplined for merely teaching in the classroom what any legitimate Catholic school system is mandated to teach.

About 50 people were present at the June 21 meeting to protest the policy, reported PAFE. And ad hoc group Halton Family and Life Association launched an online petition against the policy which had garnered 532 signatures at last count.