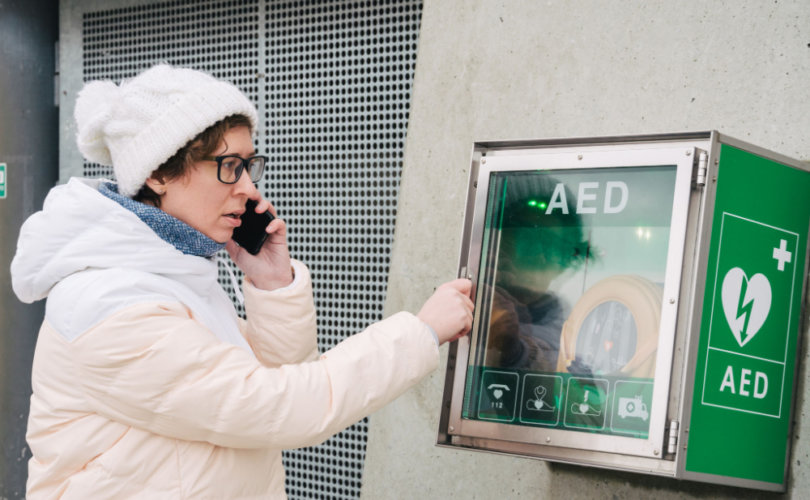 BURLINGTON, Ontario (LifeSiteNews) – The Halton District Catholic School board added Sudden Arrhythmia Death Syndrome (SADS) to their list of medical conditions that parents ought to be concerned with regarding their children.

The warning about SADS is listed on the board’s website and is grouped together with other conditions such as anaphylaxis and asthma.

The board wrote, “SADS refers to a variety of cardiac arrhythmia disorders which are often genetic and can be responsible for sudden death in young, apparently healthy people.  An arrhythmia usually causes the heart to beat too fast, too slow or irregularly. It is usually caused by a heart condition that affects the heart’s electrical system.”

The inclusion of SADS as a condition to worry about in young children raises questions about whether it may be connected with COVID jabs in students.

SADS also refers to Sudden Adult Death Syndrome, and has been used to describe when young adults and teenagers suddenly fall ill or die with the same sort of heart conditions described by the Halton school board.

Concerns about the sudden emergence of SADS have spread throughout the world as uncharacteristic deaths have taken place in large numbers since the jabs have been rolled out, while dangers of heart problems have been associated with the jabs.

In the Canadian province of Alberta, more people died suddenly of “unknown causes” than for COVID associated reason in 2021 – the same year that the majority of citizens were jabbed with an experimental COVID shot.

This led Conservative Party of Canada MP to write a blog post on her website titled “Will they give us answers on SADS?”

Of SADS, she wrote, “This recently emerged mysterious affliction manifests itself in healthy young adults who suddenly drop dead.”

She also mentioned the phenomenon of six young otherwise-healthy, fully-vaxxed doctors who died suddenly in the Greater Toronto Area throughout the summer.

“We were quickly told that this wasn’t vaccine-related. But that is not good enough. If three young women go missing in your neighbourhood, and the police response was, ‘Well, it is probably not a serial killer’, that wouldn’t be good enough,” she noted.

In addition, Lewis said she had received a “steady flow” of testimony from doctors and nurses who attest that SADS is jab-related, but that they are afraid to speak out as they might most their jobs and licenses.

— Article continues below Petition —
PETITION: Demand the Conservative Party apologize for not resisting Trudeau's COVID regime
Show Petition Text
4428 have signed the petition.
Let's get to 5000!
Thank you for signing this petition!
Add your signature:
Show Petition Text

In Australia, one of the most vaccinated countries in the world where greater than 95% of those over 16 are deemed “fully vaccinated,” doctors are now urging young people to get their hearts checked because of their risk of suddenly dying without warning.

Data from Israel raises questions about the links between sudden heart issues and young people being fully vaccinated with a COVID shot as well. A 25% spike in EMS calls due to acute heart issues was noted in residents ages 16-29 in 2021 compared with previous years. Israel was one of the first countries to implement a COVID jab certification system and one of the earliest to roll out the shots to the general population.

LifeSiteNews reached out via email to the Halton Catholic District School Board to inquire if the addition of SADS to the boards health page was done as a result of vaccine reactions, but has received no response.