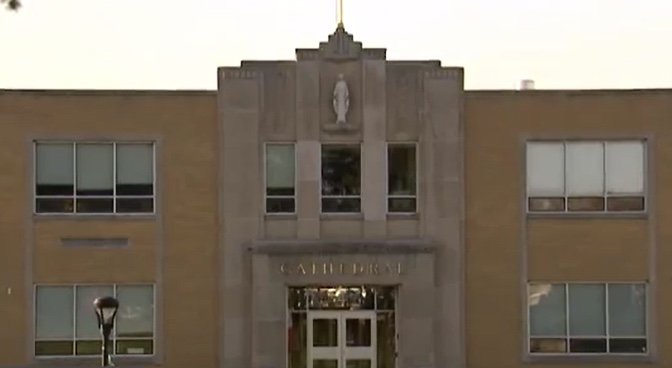 INDIANAPOLIS, June 25, 2019 (LifeSiteNews) — Just days after Brebeuf Jesuit High School defied Archbishop Charles Thompson’s decree stripping its Catholic identity, another Catholic high school in Indianapolis has acknowledged his authority and will “separate” from a teacher in a same-sex “marriage.”

On Sunday, Cathedral High School announced that it would part ways with a teacher in a “public, same-sex marriage” out of concern that defying Archbishop Thompson’s decree could cost its nonprofit status and having Masses celebrated on campus.

A letter from the school’s board of directors said its “agonizing decision” came after nearly two years of “earnest discussion and extensive dialogue with the Archdiocese” about the school’s “continued Catholic identity.” Noting that Archbishop Thompson has “responsibility to oversee faith and morals as related to Catholic identity,” the letter said he made it clear that keeping a teacher who is in a “public, same-sex marriage” would mean losing the school’s Catholic identity. “Furthermore,” the letter said, “Cathedral would lose its 501(c)(3) status thus rendering Cathedral unable to operate as a nonprofit school.”

Expressing sympathy with Brebeuf Jesuit High School colleagues while they “navigate this painful time,” the letter noted that Cathedral is affiliated with the Brothers of the Holy Cross and thus has a different canonical and nonprofit status. “Therefore, the two schools cannot function the same way,” the letter said, if the school were to receive a similar decree from the archbishop as Brebeuf. The letter did not seek to defend the archbishop but expressed the hope that his decision will not “dishearten Cathedral's young people.”

In a statement on Monday, the archdiocese declared that all Catholic schools have been told that contracts must state that all employees must support church teachings. “This issue is not about sexual orientation; rather, it is about our expectation that all personnel inside a Catholic school — who are ministers of the faith — abide by all Church teachings,” the statement said. “If and when a minister of the faith is publicly not doing so, the Church calls us to help the individual strive to live a life in accordance with Catholic teaching.”

Last year, the archdiocesan-operated Indianapolis Roncalli High School suspended a female guidance counselor who had entered into a same-sex “marriage.” Shelly Fitzgerald has since filed a federal employment discrimination complaint against the archdiocese.

Archbishop Thompson’s actions have drawn significant criticism from LGBTQ advocates and Rev. James Martin, SJ, a Jesuit and editor-at-large of America Magazine who claimed that “LGBT people” are targeted by the Church. Accompanied by a photo of a Roncalli High School teacher, he tweeted in March of this year, “The Church's Targeting of LGBT People is a Scandal. Why the relentless harassment, targeting and firing of LGBT employees of Catholic institutions who are married is unjust, discriminatory and scandalous.”

The Church’s defense of morality and doctrine has been targeted by LGBTQ groups, including the Equally Blessed Coalition. The Arcus Foundation has given the coalition several grants to attack the Catholic Church. New Ways Ministries, which has criticized Archbishop Thompson’s actions in Indianapolis, is a member of the coalition. In 2016, New Ways granted it Bridge Building award to Martin.

School leaders at Brebeuf Jesuit High School and the Midwest Province of the Society of Jesus are appealing Archbishop Thompson’s decree. The archbishop issued the decree on Friday. Despite the decree, a statement from the school maintains that “our identity as a Catholic Jesuit institution remains unchanged” and that heeding the archbishop’s decree would “violate our informed conscience” and allow his “interference” in school governance.

According to the Code of Canon Law, the archbishop has a responsibility to ensure that religion teachers are “outstanding in true doctrine, in the witness of their Christian life, and in their teaching ability.” It also recognizes that he may approve religion teachers and “if religious or moral considerations require it, the right to remove them or to demand that they be removed.” While the archbishop has decreed that all teachers in Catholic schools are to be considered ministers and thus held to Catholic standards of morality, the Jesuits contend that this applies only to top administrators and religion teachers.