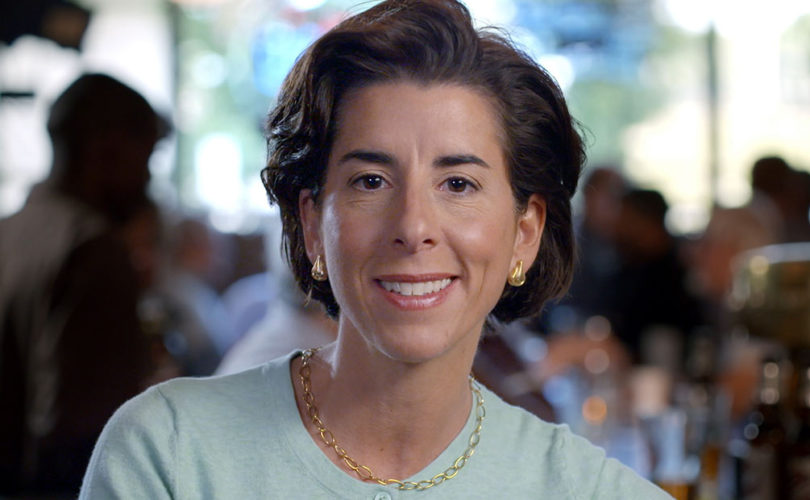 A Rhode Island Catholic school has removed the photo of an alumna from its halls after she endorsed abortion in her campaign for governor.

LaSalle Academy of Providence took alumna Gina Raimondo’s photo down from the school’s Wall of Notables last week after she publicly stated she does not support the Church’s teaching on life and would work to support abortion.

“You know the Catholic Church has a clear position, and I have a clear position,” the state general treasurer said, according to ABC. “And I am clearly pro–choice and as I've said, I as Governor, support the decision in Roe v. Wade.”

“It is always disappointing when a Catholic candidate for political office abandons the teaching of the Church on the dignity of human life for the sake of self-serving political gain,” he said. Such actions demonstrate an inexcusable lack of moral courage.”

“Pope Francis has explained how evil abortion really is, that every aborted child bears the face of Jesus Christ,” he continued. “Similarly, I wish to remind Catholics of the Diocese of Providence, in the clearest terms possible: Abortion is a sin, and those who provide it, promote it and support it will be held accountable by Almighty God for the unjust death of unborn children.”

Raimondo, valedictorian of the 1989 class at LaSalle Academy, made her comments at Planned Parenthood’s Rhode Island PAC’s endorsement of her candidacy September 25. She said as well that she is “more pro-choice” than Republican candidate Allan Fung, and that she opposes the Hobby Lobby ruling in support of religious freedom for employers.

According to the Providence Journal, she also said she would oppose efforts to incorporate an option in the Rhode Island health insurance exchange that would exclude abortion or contraception. Raimondo also pledged to seek repeal of a 1997 Rhode Island law banning partial-birth abortion.

Drew Lagace, La Salle’s communications spokesman, told the Providence Journal the school took the photo down and didn’t want to elaborate. But he told the local NBC affiliate, “Her statements were very bold against the Church and the teachings of the Church.”