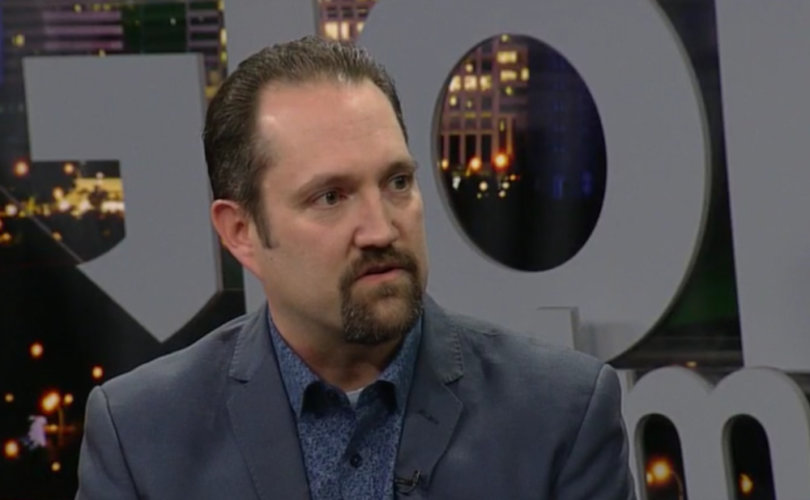 EDMONTON, Alberta, February 20, 2018 (LifeSiteNews) – A former Catholic trustee who opposed using the schools to administer the controversial HPV vaccine is expressing outrage after Alberta Health Services “accidentally” administered it to his son in his Catholic school.

Because HPV is a sexually transmitted disease, the use of Catholic schools to administer the vaccine has been a subject of major controversy. Many fear giving it to children could suggest they do not expect them to abide by the Church’s teaching reserving sex for marriage. Former Calgary Bishop Fred Henry, in particular, famously opposed the vaccine for many years on moral grounds.

The vaccine, called “Gardasil,” has been administered through the province’s schools in grade 5 and 9 with government funding since 2007.

Then in 2012 the Calgary Catholic School District reversed course on the HPV vaccine and agreed to offer the controversial drug in their schools despite the opposition of Bishop Henry and others.

“The only winner in all of this is Merck,” the company that produces the drug, said Bishop Henry at the time, which “stands to make even more money based on exaggerated claims, incomplete and limited scientific data, and our fear of cancer.”

“We are all losers if we believe that pills, lotions, condoms and vaccines are the solution to the spread of STDs. I hope that someday we wake up!” he added.

Around the same time, the National Advisory Committee on Immunization (NACI) chose to recommend the use of Gardasil to immunize males against the HPV, and beginning in 2014 Alberta began administering the vaccine to grade 5 boys. Grade 9 boys were offered a four-year catch-up program.

The NACI recommendation for boys was not based on any evidence that the immunization would inhibit spreading of the virus between males and females, although HPV infection has a high incidence among teenage males who engage in sexual activity with each other.

Last week, Alberta parents John and Melissa Tomkinson were stunned to learn that their son received the HPV vaccine against their wishes.

“John Tomkinson is a former chairman of St. Thomas Aquinas Roman Catholic Schools, a division southwest of Edmonton,” according to a report in the National Post. “Back when he was a Catholic school trustee, he was opposed to allowing Alberta Health Services to administer Gardasil, the human papillomavirus (HPV) vaccine, in his district’s schools.”

The Tomkinsons remain concerned about the safety of this particular vaccine. They worry that it hasn’t undergone rigorous enough testing and had not consented to have their children vaccinated against HPV.

“I and my wife have made a conscience decision with regard to the HPV vaccine. However, notwithstanding that, to have anybody in the medical profession administering to a minor something without parental consent that they deem necessary on their own is the shocking bit,” Tomkinson told Global News during a televised interview.

“Our son was in line to get the vaccines that we had approved, and as it turns out the Alberta Health Services nurses made an error — they call it an ‘unfortunate error’ — and went and administered additional vaccines to our son without our consent and without his knowledge,” Tompkinson said.

“Our children are at risk, they’re in danger. Some have allergies, some have health conditions — you can’t simply be walking into a clinic and they just put whatever is on the table into the children.”

“What bothers me the most is that AHS knew about this in advance and have done nothing to make it safe for all children.”

Tompkinson sees this as a cautionary tale for other parents.

“The message I would bring to other parents right now is to be cautious, to be careful, to double-check. In fact, my wife and I have now decided we will not be having our children involved in vaccines at the school. We do support vaccines, but we’ll take them to the clinic.”

One of our kids was given a vaccine at school by the AHS health nurse that we did NOT authorize. AHS confirmed their “unfortunate error” to us yesterday, but we are not ok with this! They performed an unauthorized medical procedure on our kid and I'm so upset! Don't even know what to say, why do they not look for our parental permission and look out for the safety of kids?!!. They performed a non-consented medical treatment on our kid. They put something into our kid that we believe there isn't enough medical evidence to be beneficial to our kid. We are livid. This is NOT acceptable at all. A simple ‘oops’ isn’t going to cut it. Ask your kids how many shots they got last time at school!”

AHS apologized to the family two days after the vaccination was mistakenly administered, saying:

We appreciate that immunizations are a sensitive issue for some, and that is why we have processes in place to ensure that we gain consent from parents before immunizing a child. Vaccination errors are extremely rare. We are reviewing this incident to better understand what happened, and to help us prevent such errors in the future.

In an opinion piece written for the National Post, Paula Simons came out in support of the Tompkinson family, saying they were “betrayed by the AHS:

Now, I don’t think for a minute this was some government plot to vaccinate Tomkinson’s son by stealth. Despite Tomkinson’s concerns, the HPV vaccine is an effective tool to fight cervical cancer, which kills hundreds of Canadian women every year. I don’t think it encourages promiscuity; I think it reduces needless suffering. I made certain to have my daughter vaccinated when she was young. I’d encourage any other parent to do the same.

But that’s not the point. The Tomkinsons made a different choice. I don’t agree with their choice or their reasoning. But the decision was theirs alone to take. I can’t blame them for feeling betrayed by a health-care system that was supposed to protect them, but which violated their freedom of conscience instead.

We shouldn’t have an immunization clinic run so casually that mistakes like this can happen. Some children are severely allergic to the ingredients in particular vaccines. Some have medical conditions that make certain immunizations dangerous. The consequences of an error such as this could be fatal in other circumstances.