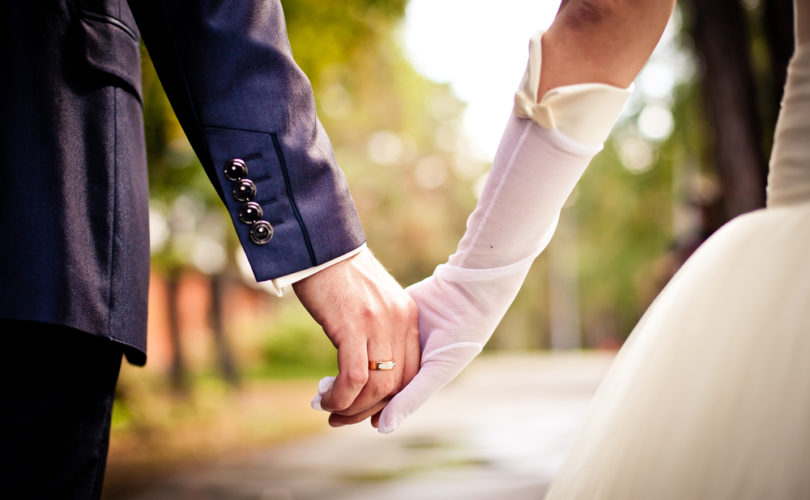 That juggernaut threatened to “reengineer Western civ[ilization] into a slow extinction.”

Her personal post was seen by a former student and soon exploded into an angry, viral boycott involving a D-list Hollywood star and a starlet of a bygone era.

Immaculata alumnus Scott Lyons sent a message to Jannuzzi, posting it on his own Facebook page. He admitted, “I found your classes and teaching during my time at IHS to be focused on love and acceptance.”

But he said he now has “a husband and we have a child together.”

Though he claims to “respect the fact that people have different opinions on the matter,” he instructed Jannuzzi “to be careful with your words and the messaging you are putting out there.”

“[T]he words that you have been throwing out there are detrimental to the well-being and health of the youth that you inspire. I am certain that the Pope himself would take issue with your extreme point of view on homosexuality,” he said.

His statement may have had little impact except for the fact that his famous relative, actress Susan Sarandon, reposted it, adding that she was “so proud of my nephew Scott.”

Greg Bennett, who appeared as a guest on “The Real Housewives of New Jersey” and is an Immaculata alumnus, chimed in, saying, “Vitriol like this from religious fanatics doesn’t shock me much anymore, but knowing this woman has a hand in shaping the mind and hearts of students today does not sit well with me.”

Soon, they began a movement for the Catholic school to silence its theology teacher for upholding the traditional view of the family.

“This kind of behavior needs to be stopped,” a petition drawn up on Change.org by Tom Robinson, a 2001 Immaculata graduate, says. “There is a line between believing in God and professing anti-homosexual sentiment to the public.”

“We are asking for action to be taken and hate speech to stop at Immaculata,” including a “school-wide Stop Hate Speech awareness day and sensativity [sic] training for students and teachers would go a long way,” the petition continues.

The signatories say it is important to suppress pro-marriage views, because “providing students with knowledge about how to act in society is just as important as learning geometry, writing, or a foreign language.”

It was posted last Tuesday night and attracted more than 400 signatures by the next day. It later stalled at just more than 1,100.

Last Wednesday, the high school responded in an official statement that “the opinions reflected in [Jannuzzi's] posts do not in any way represent the philosophy, mission, or student experience of this high school.”

Since the Catholic school's curriculum and identity are deeply “rooted in the Gospel message of Jesus Christ, the school takes this situation very seriously. As a result, we took immediate action and mandated that the teacher involved permanently deactivate her public Facebook page, which she has done.”

During the feeding frenzy, her students defended her as a teacher and as a human being.

“I had Ms. Jannuzzi this semester, and the way that she is being perceived here as somebody that's a hateful person, it's just not fair,” said David Rubin to a local TV station.

“I've talked to her a few times, all good things,” Sam Constintino, a junior, said. “I've never heard anything bad from her, so I was surprised hearing this.”

But not all were supportive. “I left this school after being told in religion class I must live a celibate single life if I had gay ‘feelings,’” wrote Doug Bednarczyk, according to the New York Daily News.

Last Friday, the school announced that Jannuzzi “has been put on administrative leave, effective immediately.” The letter, signed by church pastor Monsignor Seamus Brennan and principal Jean Kline, professed its “intolerance of discriminatory behaviors of any kind.”

“Please be assured that we will do everything we can in this trying time to make clear that the philosophy of Immaculata High School is one of inclusion rooted in the teachings of Jesus Christ,” they wrote.

Jannuzzi's family, which includes one child in college, is worried that the 57-year-old educator has effectively been blackballed from her chosen profession by a Hollywood boycott.

And that could have dire consequences.

“Our family is about to lose our health benefits.  Our mother has recently and successfully battled breast cancer without missing a single day of teaching, except for the day of her operation,” her family wrote in a desperate online plea.

The family is hoping to raise $100,000 from the crowdfunding website YouCare.com. As of this writing, they have collected just over $14,000 from 65 supporters.

One prominent commentator has said the petition is a dangerous sign of politically correct censorship, which is choking off debate not only in society at large but even inside religious schools.

“The Thought Police never bothered to disprove what Ms. Januzzi wrote,” conservative blogger Stacy McCain wrote on his blog, The Other McCain. (Emphasis in original.) “They offered no evidence to contradict her claims. Instead, they denounced her for engaging in 'hate speech,' having an 'extreme point of view,' teaching 'blatant hate' and, they insinuated, Ms. Januzzi is responsible for teenagers committing suicide.”

McCain wrote, “The totalitarians are here among us, organizing to suppress dissent, punishing expression of opinions contrary to those of the progressive elite.”