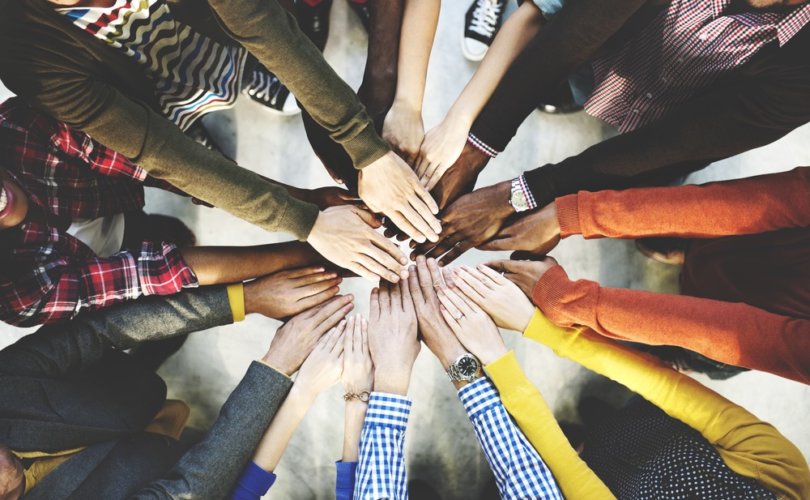 March 12, 2018 (LifeSiteNews) – Catholics have been scandalized for decades at the sorry state of our schools. It has become commonplace to see Catholic schools overseen by our bishops undermining the faith in so many ways. It should be shocking, but it’s not. It’s simply the status quo.

The problem has been particularly acute in Ontario, where Catholic schools are fully funded by the government and thus under constant scrutiny from secularist activists. The teachers in Ontario’s Catholic classrooms are forced members of the Ontario English Catholic Teachers Association (OECTA), a union that is openly in bed with the LGBT lobby and has been supportive of the abortion lobby’s aims as well. This union has a disturbing level of influence over the formation of Catholic teachers and exercises its political clout over the entire system.

The problem with the schools’ Catholicity is deep and systemic. But one particular problem that faithful Catholics, and LifeSite in particular, has highlighted over the years is the schools’ support for organizations that undermine the right to life.

It’s galling for schools to claim they support the Church’s teaching on life while fundraising for organizations that are anti-life. Some of these include the Canadian Cancer Society, the Stephen Lewis Foundation, Free the Children (precursor of the global charity and “child empowerment” group WE Charities), Doctors Without Borders, or Sick Kids Hospital. Who can wholeheartedly defend the merit of these organizations when they also support abortion, contraception, sterilization, euthanasia, or embryonic stem cell research?

How often have faithful Catholics wished that leaders with influence would take a stand for life in Ontario’s Catholic schools?

Well, now some brave souls have. And, predictably, they’re coming under attack. The question is: are faithful Catholics willing to get behind them?

Trustees in the Halton Catholic District School Board, based in Burlington, passed a Sanctity of Life motion in January banning school-generated funds from going to charities that directly or indirectly support practices contrary to Catholic teaching on the sanctity of life, specifically, abortion, contraception, sterilization, euthanasia, or embryonic stem cell research. (See the full motion here.)

Since then, the trustees have come under fire from OECTA, and a vocal minority in the community. Such was the clamor of opposition that trustees revisited the policy February 20. It was defeated, then reconsidered and ultimately passed because one trustee had a change of heart during the course of the evening.

But that didn’t stop the attacks. Indeed, it’s led to a renewed wave of angry opposition.

Critical parents are accusing the board of not consulting them. A petition launched by some students has generated over 19,000 signatures from around the world (only some 5,000 coming from Canada).

And the media is giving credence to OECTA’s portrayal of the faithful trustees as “unnecessarily divisive” and generating sympathy for the dissenting students, parents and OECTA.

The board is under tremendous pressure to cave, and in fact, the chair of the board has welcomed critics to air their opposition at the next board meeting on March 20.

This whole ordeal seems small and local, but it actually isn’t. It is emblematic of the main problem.

If faithful Catholics can convince the board to hold the line for life, it will be no small victory. In fact, it will give momentum to Catholics schools across the province to be authentically Catholic. But if the board caves, it will only embolden the anti-life, anti-family secularists in our midst to clamp down even harder.

Every faithful Catholic who has wished our schools were more Catholic has a very concrete opportunity right now to do something that can make a difference.

LifeSite has launched a petition to support the faithful trustees. Sign it now, and share it with all your contacts. After signing you’ll also be given a chance to greatly increase your impact by quickly and easily sending a personalized postcard to the trustees. Sign the petition and send your postcard here.

We need thousands of signatures, from Ontario and beyond, showing these faithful trustees that we have their backs.

Contact the trustees today and tell them to hold the line on this pro-life measure. (We’ve included their contact information below.)

The anti-life forces taking over our schools are acting fast. We need to take a stand now.