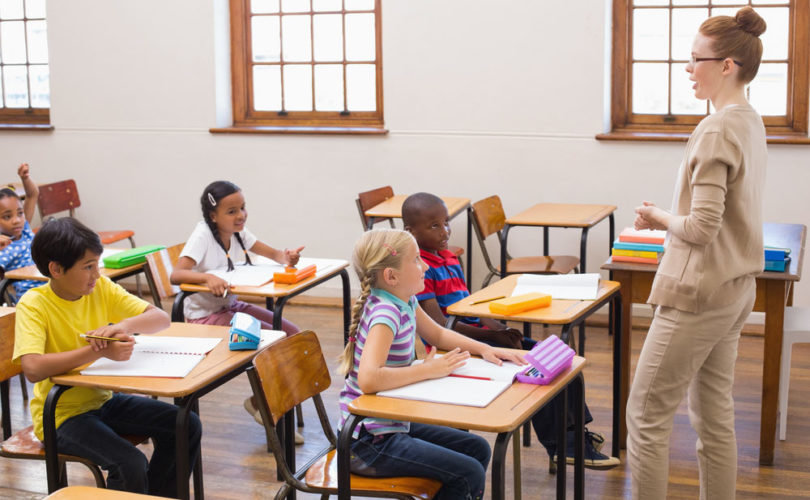 The Institute for Catholic Education’s parent and facilitator guides uploaded on its website earlier this month contain passages of “pure moral relativism,” “secular bafflegab,” and are so vague and general they leave room for even heretical interpretations of Church teaching, these critics charge.

This is particularly true when it comes to the hot-button issue of gender identity, points out Jack Fonseca, project manager with Campaign Life Coalition, Canada’s pro-life, pro-family political lobbying group.

He says that ICE’s parent guide for Grade 7 and 8 “appears to condone teaching the theory of ‘gender expression’ in Catholic schools, which in laymen terms means that is natural and normal for boys to present themselves as girls.”

“Isn’t that verging on heresy? I mean it’s a blatant contradiction of Christian anthropology of the human person,” he told LifeSiteNews, noting that Pope Francis has explicitly condemned gender identity theory.

A CLC analysis of the Liberal sex-ed curriculum documents that it teaches students by Grade 8 there are six genders as opposed to two biological sexes, a theory introduced to children in Grade 3, says Fonseca.

And when Ontario’s bishops tasked ICE some six months ago with adapting this sex-ed curriculum, which they said Catholic schools had a “responsibility to follow”, to a “Catholic lens,” parents like Fonseca questioned how that was even possible.

“Now we know,” says Fonseca, who has two children in Waterloo’s Catholic elementary schools. “The Catholic lens is a farce, a pipe dream, and in fact, will do nothing to protect Catholic children from the Liberal government’s radical sexual agenda.”

The recently released ICE facilitator’s guide “exploring connections” between the sex-ed curriculum and the Catholic school graduate expectations states that, “Within our Catholic schools, it is important that topics related to human sexuality, gender identity, and gender expression, and initiatives that build understanding and respect for difference, be discussed against a clear moral background.”

“Being tolerant and inclusive of another person does not mean accepting that what he or she says is correct or in accordance with the Church’s teaching,” it goes on.

“Charity must always be shown in discussions where different viewpoints may arise. Respecting difference helps to build a truly Catholic culture in our schools,” the guide states. “To be truly Catholic is to respect diversity.”

This is “pure moral relativism,” according to Catholic lawyer Geoff Cauchi. “Charity without truth is not charitable at all.”

“We must all understand the difference between tolerance and approval,” he told LifeSiteNews in an email. “We must abstain from saying or doing anything that objectively conveys approval of conduct that is objectively disordered.”

CLC vice president Jeff Gunnarson says reading the ICE parent guide for Grade 7 and 8 is akin to trying to interpret a Rorschach ink blot: “They’re using secular bafflegab. They’re talking in such generalities you can drive a school bus through the gaps.”

“The ministry guidelines are quite specific,” says Gunnarson, who has two children currently enrolled in Waterloo district Catholic schools. “The ministry at least is saying, ‘Here’s what we’re teaching.’”

But the Catholic response in the ICE parent guide is not a point-by-point refutation of these expectations, only vague generalizations, he says.

“They’re not saying in anything here, ‘We do not condone such teaching, in fact Catholic teaching says this, A, B, C’,” Gunnarson told LifeSiteNews. Instead, “it doesn’t sound like they’re going to say anything that points out the immorality of the ministry’s curriculum expectations.”

He pointed to one ICE response to the ministry’s sex-ed curriculum for Grade 7 and 8. ICE states that students, through the Fully Alive program, will “examine some aspects of sexuality, including sexual characteristics, sexual identity and sexual roles.”

“What in the world does it mean by ‘sexual characteristics, sexual identity and sexual roles’?” questioned Gunnarson. “How do you really know what’s going to be said? This allows any teacher to teach any point in their own way.”

The parent guide for Grade 7 and 8 lists this among the ministry’s objectives: “Identify ways of preventing STIs, including HIV, and/or unintended pregnancy, such as delaying first intercourse and other sexual activities until a person is older and using condoms consistently if and when a person becomes sexually active.”

The strongest response to this in the ICE parent guide from the Fully Alive is: “Students learn about chastity and the attitudes and behaviours that reflect their virtue and show respect for the gift of sexuality.”

Absent a clear statement that both premarital sex and contraception are gravely sinful, “most reasonable people” could conclude that the ICE resource “appears to approve of condom use and premarital sexual activity in the section that explains the curriculum expectations.”

And echoing Gunnarson’s apprehension with the term “sexual identity,” Fonseca predicts this term “will give cover to left-wing activist teachers who want to normalize the theory of gender identity, transgenderism, transsexualism and cross-dressing.”

“I’d be rip-roaring mad if this came home with my kids,” Gunnarson said. “It’s written to deceive parents, into lulling them into a false sense of security, or to just confusing them so much that they just give up and say, ‘Well, I don’t understand any of it, but it looks like they’re not going to be super explicit.’”

The ICE parent guide for Grades 4, 5 and 6 explaining the Catholic response to the Liberal sex-ed curriculum doesn’t say that Fully Alive includes explicit information on sexual intercourse and illustrations of male and female genitalia in both Grade 5 and Grade 6. (This information is available in the Fully Alive parent guides, accessed on the bishops website.)

The fundamental problem, according to lawyer Cauchi, is that the centerpiece of the Catholic response to the Liberal sex-ed curriculum – Fully Alive – is itself in contravention of Catholic teaching.

“I and others fought it back in the 90s and nobody listened to us,” he told LifeSiteNews in an earlier interview. “Most people have no confidence in ICE. ICE are the people who prepared Fully Alive, and Fully Alive does not comply with the ‘Truth and Meaning of Human Sexuality’.”

One alumna of the Fully Alive program, who graduated from a Catholic high school in 2008 and is now completing her Masters in Religious Education, says that one of her most vivid memories of the curriculum was Grade 6 boys excitedly flipping to the page in the Fully Alive textbook that had illustrations of human genitalia and a detailed description of sexual intercourse.

Other than that, she says, she recalls mainly that Fully Alive “was garbage. We didn’t learn anything substantial. It was pointless.”

NOTE: All communications should be respectful, non-accusatory and without harsh language. If you just want to vent rather than encourage change, please do not communicate with these people. Harsh communications greatly undermine the efforts of others to bring about positive change.