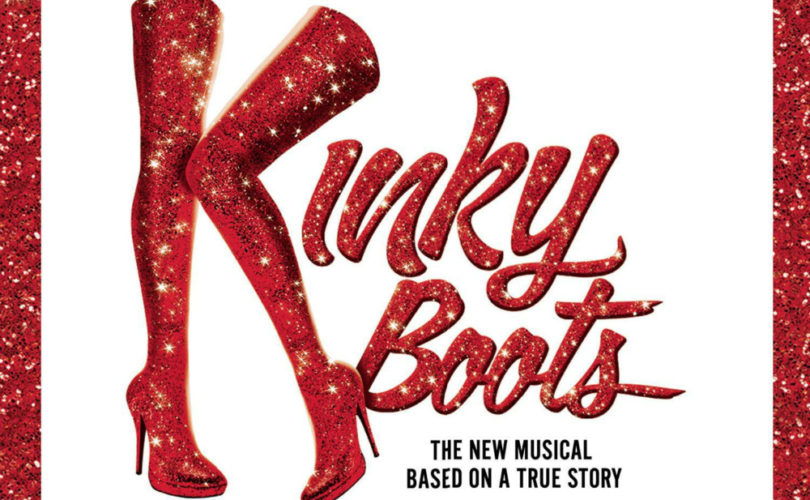 TORONTO, January 18, 2016 (LifeSiteNews) — A Catholic teacher in Toronto took 90 high school students on a field trip last month to see the gay-angled show “Kinky Boots” as part of her effort to instruct her pupils in what she called “diversity and acceptance.”

“There’s just so many amazing themes that come up in this show that can act as a springboard to talk about really important issues around diversity and acceptance, especially now that it’s a really important conversation to be having here in Canada,” said Lynise Reedy, a teacher in the Toronto Catholic District School board, in a YouTube promotional video put out by the show’s producer, Mirvish Productions, to encourage teachers to bring students to the show.

“Kinky Boots” tells the story of an owner of a struggling shoe factory who saves his business by teaming up with a drag queen to make stiletto-heeled boots for transvestite performers. The show overflows with innuendos suggesting, in the words of reviewer Lauren Yarger, that “everyone, regardless of the sexual preferences, is OK and should be accepted for who they are.” An oft-repeated introduction uttered throughout the show makes the case: “Ladies and gentleman, and those who have yet to decide…”

At the show's finale the cast sings: “Just be who you want to be. Never let them tell you who you ought to be. Just be, with dignity. Celebrate yourself triumphantly.”

The Wall Street Journal criticized the show when it first came out in 2013, saying that its “gay angle” along with transvestites singing that they “are real men, too,” amounts to a “phony show” with a predictable “maudlin ending.”

Toronto Catholic students in the YouTube promo called the show “phenomenal,” saying that they would recommend it to all age groups.

“The whole message of acceptance and following your dream no matter what happens, that really touched my heart,” one student said in the video.

The Catholic faith teaches that God created human beings as “male and female” and that men and woman honor God by appropriately attiring their bodies as temples of the Holy Spirit. The Old Law under Moses strictly prohibited crossdressing, stating: “A woman shall not wear man's clothing, nor shall a man put on a woman's clothing; for whoever does these things is an abomination to the Lord your God.” That boys should be able to dress and express themselves as girls and vice versa has been long acknowledged by critics to be part of the homosexual movement’s agenda of minimizing and even eradicating genuine expressions of the male/female binary.

Reedy, who teaches at Dante Alighieri Academy, said she went to preview the show in August to “make sure that beyond a shadow of a doubt I could tell the school’s admin team that the show is appropriate for students.” She said she knew the show’s title would make it a hard sell to her superiors.

LifeSiteNews reached out to Dante Alighieri principal Flora Cifelli to ask why Catholic students were being brought to a show with a message at odds with a Catholic understanding of sexuality, but was referred to the Communications Department of the Toronto Catholic District School Board. LifeSiteNews reached out to the board for comment, but did not receive a response by press time.

Lou Iacobelli, Catholic blogger at Every Day for Life, wondered if parents knew what kind of show their children went to see.

“Pastors and shepherds have not strongly defended the faith.” – Lou Iacobelli

“It saddens me to think that — with so much to choose from in the arts to help inspire and enlighten students — this teacher sees the importance in taking them to watch ‘Kinky Boots.’ The musical's gender bending ‘inclusive’ ideology isn't Catholic, but that is not going to stop any teacher from going to these kinds of school excursions now that schools have approved Equity Education and Bill 13 is Ontario law.”

“Parents should be asking a lot of questions,” he said. “Where's the Catholic leadership here, at all levels?”

Earlier this week Toronto Cardinal Thomas Collins urged Catholic teachers at a conference to be genuine in their faith and countercultural agents of holy wisdom, especially with the recent passage of assisted suicide and euthanasia in Canada.

Catholic educators should be “counter cultural, [and should] speak up for the human person and not be swayed by all of the powerful forces that we have in our popular culture,” he said. “You must believe what you read, teach what you believe and practice what you teach.”

Iacobelli called the cardinal’s word’s “all true and good” but pointed out that Ontario's “shepherds have failed to lead,” especially in the face of secular forces, often governmental, pushing bills, programs, and agendas in Catholics schools contrary to Catholic moral teaching.

“Pastors and shepherds have not strongly defended the faith,” he said.

“What can Catholic teachers do when Catholic boards approve an ‘Equity Education’ policy that is against the Catholic view of the person, human sexuality, family and marriage and the bishops refuse to speak up with one voice? So, Catholic leadership and responsibility run in both directions: the laity must do their part but so do the shepherds.”

Iacobelli said that if local shepherds had opposed the implementation of the Liberal government’s Equity and Inclusive Education Strategy in Catholic schools, then “there would have been a greater likelihood that 90 students would not have gone to see a performance that celebrates the life of a drag queen.”

“Since the bishops have been silent and, because of their lack of leadership, the parishes have also been silent, we now have curriculum in ‘Catholic’ schools that contradicts Catholic teaching,” he said.

Trustees of the Toronto Catholic District School Board can be reached via contact info here.