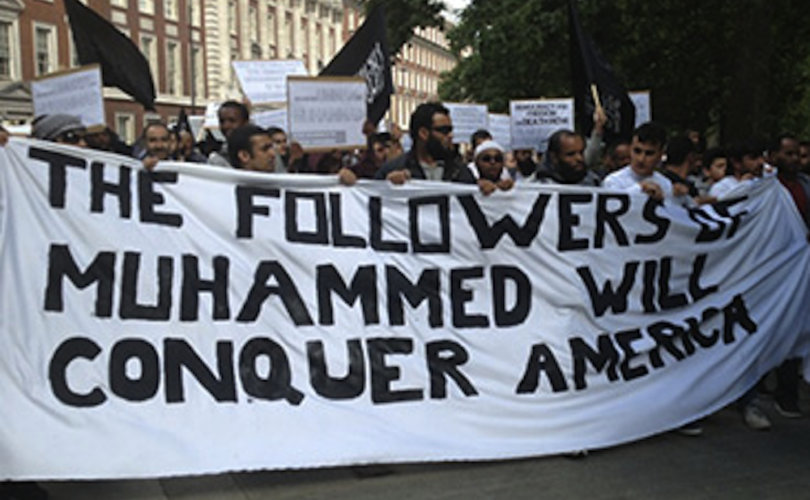 ORLANDO, Florida, April 25, 2017 (LifeSiteNews) – The Catholic diocese of Orlando has reprimanded a teacher for distributing writings to students from one of the Church’s saints that were critical of Islam. A representative of the diocese called the teacher’s actions an “unfortunate exhibit of disrespect.”

Mark Smythe, a religion and social studies teacher for Blessed Trinity Catholic School in Ocala, had given students printouts of St. John Bosco’s 1853 text “The Catholic Educated in his Faith.” The document presents information in question and answer format regarding varied Christian and non-Christian faiths.

It refers to Islam as a “monstrous mixture” of faiths and also says Muhammad’s doctrines are “ridiculous, immoral and corrupting.”

The Huffington Post reported on the diocese’s reprimand of Smythe last week, including a statement from the Diocese of Orlando’s associate superintendent of schools.

“We have spoken to the principal of Blessed Trinity Catholic School, Ocala and to the teacher in question and have reprimanded the teacher for this unfortunate exhibit of disrespect,” Jacquelyn Flanigan said in the statement.

LifeSiteNews did not hear back from the Diocese of Orlando on a request for a copy of the statement or whether the diocese had any additional comment.

The text is consistently critical of Muhammad and Islam, saying in one instance that “Muhammad propagated his religion, not through miracles or persuasive words, but by military force.”

Debate continues around Christian and Catholic relations with Islam against the backdrop of a rise in Islamic terrorism in recent years.

The Catholic religion teacher’s reprimand comes as Pope Francis is set to visit Egypt later this week. Pope Francis released a video message to the people of Egypt on Tuesday morning saying the “world needs peace, love and mercy.”

The pope called his impending visit “a message of friendship and respect for all the inhabitants of Egypt and the region, and a message of brotherhood and reconciliation with all the children of Abraham, particularly the Muslim world, in which Egypt holds so important a place.”

The St. John Bosco text says as well “Muhammad degrades and dishonours human nature and by placing all happiness in sensual pleasures, reduces man to the level of filthy animals.”

The document states that “the difference is very great” between the Catholic Church and the faith established by Mohamed.

St. John Bosco lived from 1815 to 1888. His vocation to the priesthood was based upon a dream he had at an early age that inspired him to save young men through their sanctification. He is known for his work with youth, combining catechetical instruction with fatherly guidance, seeking to connect the spiritual life with an individual’s work, study, and play.

The material distributed in Smythe’s sixth-grade Religion class made its way to The Huffington Post via the ProPublica “Documenting Hate” project.

Established in the wake of President Trump’s November 2016 election victory over Hillary Clinton, the project endeavors to create “a database of reported hate crimes and bias incidents.”

Flanigan cited the Vatican II document Nostra Aetate to tell The Huffington Post “the information provided in the sixth grade class is not consistent with the teachings of the Catholic Church.”

The Vatican II document in part “urges all to forget the past and to work sincerely for mutual understanding and to preserve as well as to promote together for the benefit of all mankind social justice and moral welfare, as well as peace and freedom.”

Dr. Stephen Kirby, author of several books and articles about Islam, told LifeSiteNews that St. John Bosco’s account of Islam was not inaccurate.

Muhammad’s promise of 72 virgins to the jihadist who dies fighting in the Cause of Allah is classic example of Muhammad’s emphasis on sensual pleasures, he said.

In terms of paradise, Kirby said, according to Muhammad and verses in the Koran, Islamic paradise consists of sensual pleasures for Muslim men, with ever-virgin maidens (Houris) and immortal boys of “everlasting youth” serving the men.

“Muhammad did spread Islam by the use of military force,” Kirby stated further.

“Starting in the eighth century, authoritative Muslim scholars have been writing histories and biographies of Muhammad that are explicit in showing that Muhammad spread Islam at the point of the sword,” he continued. “It was ‘convert or die’ at that time for most of the tribes on the Arabian Peninsula.”

Kirby also addressed the statement made in the material that Muhammad was a “false prophet.”

“This claim was made by others,” he said.

For example, George Sale, the translator of the “Jefferson’s Koran” — the copy once owned by Thomas Jefferson and used in 2007 by Minnesota Congressman Keith Ellison, the first Muslim elected to Congress, for his oath of office — wrote in the book’s introduction that the Koran was a “forgery.”

Sale wrote as well that Muhammad had imposed “a false religion on mankind,” Kirby noted, “along with many other negative comments about Islam and Muhammad.”

“One might quibble around the edges with what St. John Bosco wrote,” Kirby told LifeSiteNews, “but he was accurate with his essential description of Islam.”