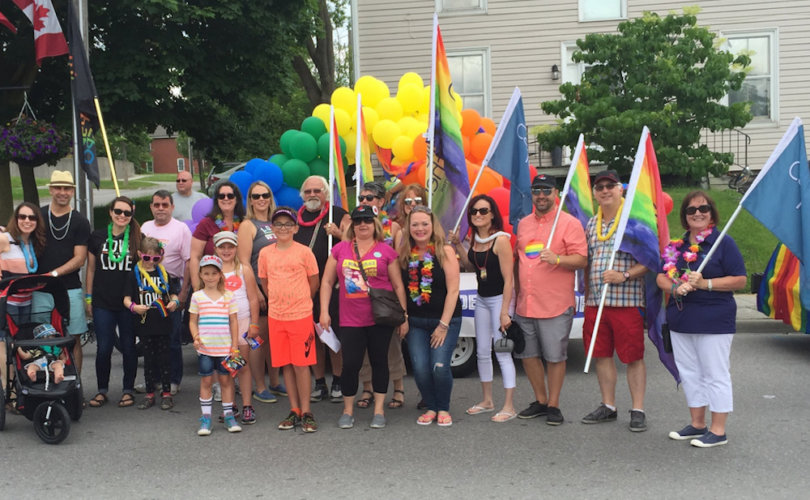 TORONTO, June 21, 2017 (LifeSiteNews) — The Ontario English Catholic Teachers’ Association is tweeting support for the international pro-abortion Women Deliver conference to be held in Vancouver in 2019.

Just announced! @WomenDeliver, the largest global conf. on the rights of women, will be hosted in Canada this year:

But Women Deliver, funded in part by the United Nations, advocates for global “sexual and reproductive health and rights” for women.

Lest there be any doubt what that means, the Women Deliver website notes:

Realizing these rights requires meeting the need for modern contraception, and sexual and reproductive health services. These services include contraception, testing and treatment for sexually transmitted infections, access to safe and legal abortion, infertility services, and maternal healthcare.

The Women Deliver site notes that the Vancouver 2019 conference comes when “progress in health, education, and economic participation of women is threatened by conservative forces who want to scale back women’s rights and ability to decide on their own bodies and lives.”

LifeSiteNews contacted OECTA, but communication director Michelle Despault did not return the call.

“OECTA has once again chosen to forsake its role in fostering Catholic education for the common good,” she told LifeSiteNews in an email.

In 2014, an OECTA contingent marched in the Toronto Pride Parade, an unapologetic celebration of homosexuality, despite a public plea from Toronto Cardinal Thomas Collins not to do so.

Since then, OECTA has annually taken part in Toronto Pride, and OECTA contingents are showing up in local pro-LGBTQ parades.

And the union’s leadership is becoming increasingly open in aligning itself with abortion advocacy.

Among the stated principles of the Women’s March is championing women’s rights to “open access to safe, legal, affordable abortion and birth control for all people, regardless of income, location or education.”

Meanwhile, OECTA members were proudly tweeting participation in the York Pride March in Newmarket last Saturday, flying a rainbow flag with the OECTA logo emblazoned on it.

OECTA is marking June as Pride Month by displaying the rainbow flag behind its logo on its Twitter and Facebook pages.

As pointed out by Catholic Intelligence blog, the rainbow flag’s creator, Gilbert Baker, was a former member of the San Francisco-based Sisters of Perpetual Indulgence, a street-performance troupe of homosexual activists who mock the Catholic Church by dressing up as nuns.

Baker, who died last March at age 65, “once marched in a Pride Parade in a loincloth. With his body painted pink, he carried a pink cross and called himself Pink Jesus,” according to the South Florida Gay News.

I'm so proud of the community I live in, and I am even more proud to be a #CatholicTeacher. #Pride2017 #GotYourBack Well done @yorkpridefest pic.twitter.com/seVJOD24QI

The bishops have the canonical authority to “order the union to stop using the word ‘Catholic’,” he told LifeSiteNews in an email.

The bishops can also immediately “completely take away from the union the responsibility and/or privilege of providing religious education courses to teachers,” Fonseca said, “and assign that responsibility instead to a different group that is actually faithful to the moral and doctrinal teachings of the Church.”

Not only would this send a message to OECTA leadership that “their dissidence will not be tolerated,” but it would “diminish OECTA’s ability to turn the teaching pool at large into a training ground for more anti-Catholic activists,” Fonseca said.

“If OECTA cannot be disbanded entirely and replaced with a union that isn’t heretical, the bishops should at least reduce its ability to poison teachers against Catholic teaching,” he added.

Geoff Cauchi, a Catholic lawyer, told LifeSiteNews that the bishops have the authority to excommunicate OECTA’s Catholic leaders who persistently and publicly take positions contrary to Church teaching, such as openly advocating for abortion or homosexuality.

“They can excommunicate them, they can tell them they have no authority to use the word ‘Catholic,’ actually,” he told LifeSiteNews.

“It’s never been tried, but the bishops have the canonical power to do that.”